WASHINGTON (Reuters) – Bernie Sanders’ surge to the front of the Democratic presidential contest has echoes of Donald Trump’s improbable 2016 nomination, according to Republican strategists who tried and failed to stop the man who later won the presidency. 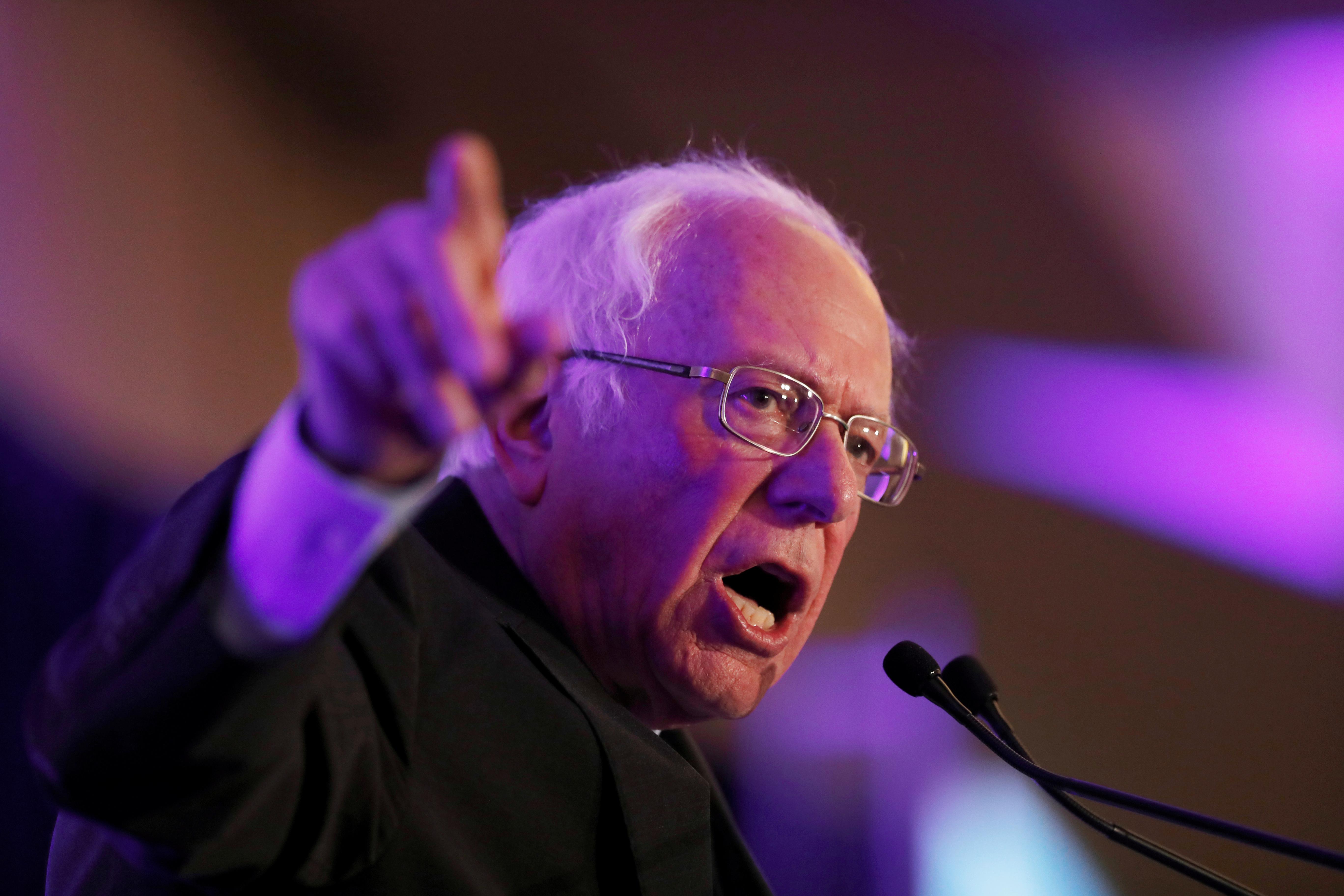 And the window for other Democrats to block the U.S. Senator from Vermont from winning the chance to take on Trump in November is closing fast, they said.

“We’re not past the point where another Democrat, or a group of Democrats, could deny Sanders the nomination but we’re getting pretty close,” said Republican strategist Michael Steel, a senior adviser to Jeb Bush in 2016.

Four years ago, Trump’s rivals – governors and U.S. senators facing a first-time candidate – held their fire, hoping to secure the businessman-turned-TV-host’s supporters when his campaign flared out.

Comparisons to Trump’s unexpected win only go so far. Unlike Trump, Sanders is a veteran politician whose strong performance this election cycle follows the robust challenge he gave Hillary Clinton for the Democratic nomination in 2016.

Yet a similar pattern to Trump’s nomination victory has played out in this year’s Democratic contest as Sanders, who has often been at odds with the party apparatus, has been propelled into the role of front-runner.

During last week’s Democratic presidential debate, it was not Sanders but former New York City Mayor Michael Bloomberg who took the most heat from rival candidates, though the billionaire has yet to compete in a nominating contest.

Democrats will debate again on Tuesday in Charleston, South Carolina, providing an opening for Sanders’ rivals to put him in the crosshairs before the state’s Saturday primary. [nL1N2AP0HB]

The Bloomberg campaign warned this month it may be “all but impossible” to prevent Sanders from getting a plurality or majority of delegates if he performs as he is projected to do when 14 states and one U.S. territory vote in the Super Tuesday contest on March 3.

Buttigieg’s campaign said in a memo last week that Sanders could come out of Super Tuesday with a “seemingly insurmountable lead” and “to stop this outcome, a viable alternative to Sanders needed to emerge.”

But no candidates have dropped out since Sanders’ big Nevada win on Saturday.

“It’s very hard for these candidates to look in the mirror and take advice they should get out. For some of them, there is no path. They can say ‘Oh, if Bernie implodes or lightning hits the debate,’ but that’s not a strategy, that’s a hope,” said John Weaver, a top strategist for Republican Ohio Governor John Kasich’s 2016 presidential bid. “There is a clear parallel with 2016 and Trump.”

Democratic White House hopefuls are beginning to shift their efforts toward convincing voters that they are better suited to take on Trump in the Nov. 3 general election.

Buttigieg, while campaigning in the Super Tuesday state of Virginia over the weekend, said that Sanders, as a democratic socialist, would hurt other Democrats in U.S. House and Senate races.

At a Sunday rally in Colorado, which also votes on Super Tuesday, Senator Elizabeth Warren tried to draw a contrast with her longtime friend and liberal ally Sanders on Senate procedure, making the case that she was more likely to secure legislative wins.

Bloomberg’s campaign is also targeting Sanders ahead of Super Tuesday. One ad released on Monday tied Sanders to the National Rifle Association, which Bloomberg has opposed.

“Don’t be so confident that it will all work out and Bernie will lose,” Sullivan said. “It’s tough now to imagine a scenario where Bernie is not the nominee.”