The two Conservative party leadership hopefuls Liz Truss and Rishi Sunak engaged in another round of hustings on Tuesday night as part of their bid to replace Boris Johnson. The former Chancellor was quizzed over his economic policy as he made swipes at the plans of the Foreign Secretary, but it was a question from an audience member that left Mr Sunak stumped. As he was grilled over the failures of the High Speed 2 rail project, Mr Sunak appeared flustered, initially laughing before adopting a more serious tone and attempting a clumsy response to the question.

The microphone was handed to a woman among the audience of more than 1,000 Conservative voters as she said: “A subject that hasn’t come up so far – HS2.”

Mr Sunak prematurely erupted into laughter before the woman continued with her statement, delivering a devastating blow to the leadership candidate’s sunny mood.

“It’s having a devastating effect in Staffordshire. Andrew Stephenson has actually been to our farm.”

In a confusing move, the former Chancellor again burst into laughter at the revelation that Andrew Stephenson, the Tory MP handed responsibility for the development of HS2 in the 2020 Conservative Cabinet reshuffle, had personally visited the woman’s property. 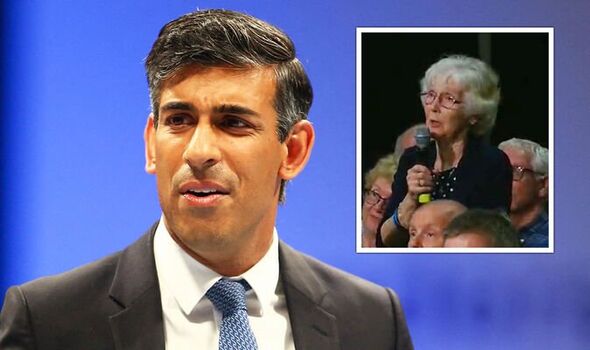 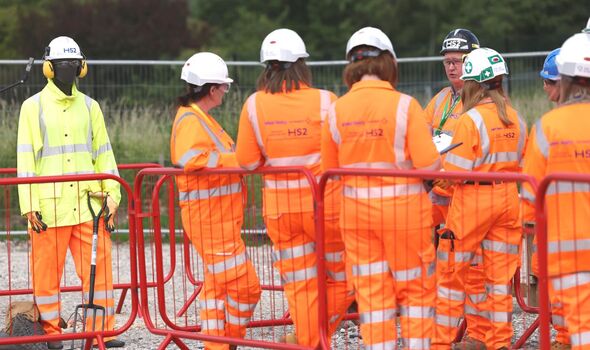 Undeterred, the audience member added: “I know farmers that have gotten no income whatsoever.

“They’ve had line compulsory purchase and yet they’re not getting paid – they’re getting no money.

“We’ve been waiting years for money to build a new house, we’re getting nothing!

The studio echoed with applause from the audience as the participant concluded her question. 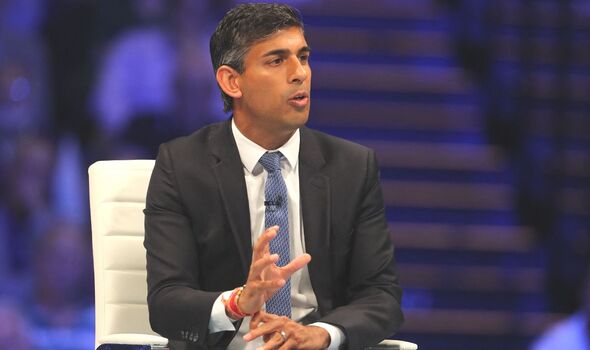 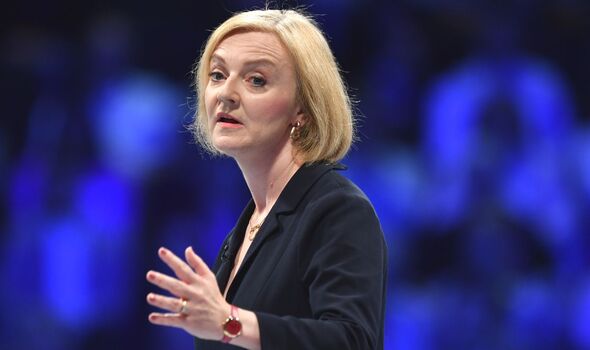 Mr Sunak replied: “Well, I’m sorry to hear about your situation and I would be happy to talk to you afterwards to make sure we get your situation resolved as quickly as possible.

“That was a far more negative reception on HS2 than I expected, given where we are tonight.”

The former Chancellor confessed he had been ill prepared for the frustration felt among the Conservative audience for the failings of what was anticipated to be a revolutionary transport development.

“We are where we are at the moment.” 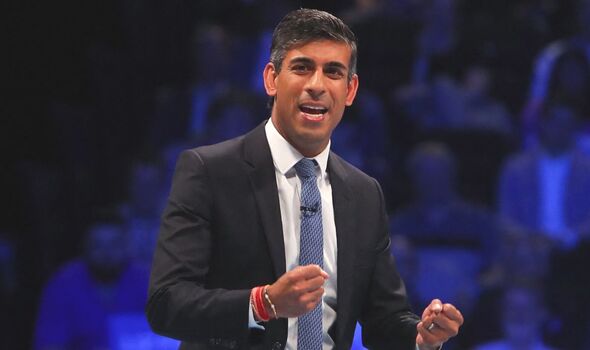 Mr Sunak added: “What I can tell you is the company HS2 Limited that is in charge of this, needs to be held to very firm account and that is something that I will do.

The high speed rail link between London and cities across the Midlands and North of England has faced a series of setbacks, with predicted expenditure on the project spiralling since its initial announcement in 2009.

The Leeds leg of the HS2 route was scrapped earlier this year, marking a major U-turn on previous Government promises and adding to criticisms of a failure to properly level up northern regions of the country.