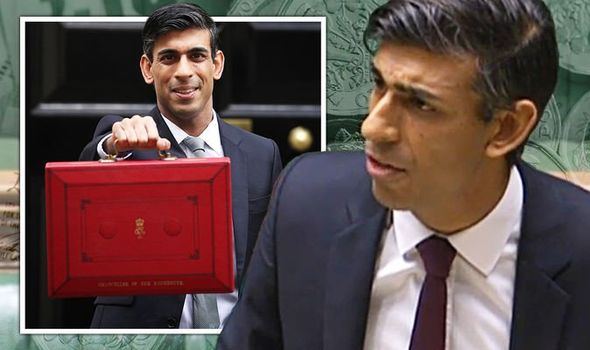 To try to claw back some of the cash, corporation tax hikes from 19 to 25 percent, are being mulled. Mr Sunak is facing intense pressure to resist imposing tax rises until the country’s recovery from the pandemic is under way.

Former Prime Minister David Cameron, who imposed austerity measures after the 2008 financial crash, said increases “wouldn’t make any sense at all” until lockdown has ended for good because the country is in “a sort of wartime situation”.

But ex-chancellor Philip Hammond, said that it was time for the Government to ditch “very extravagant” commitments from its manifesto, which included promises not to increase income tax, VAT and national insurance.

“My fear is that, as a populist government, giving money away is always easier than collecting it in,” he said.

A Treasury source said: “The Chancellor has always put protecting jobs and livelihoods at the heart of everything he has done and that will not change. 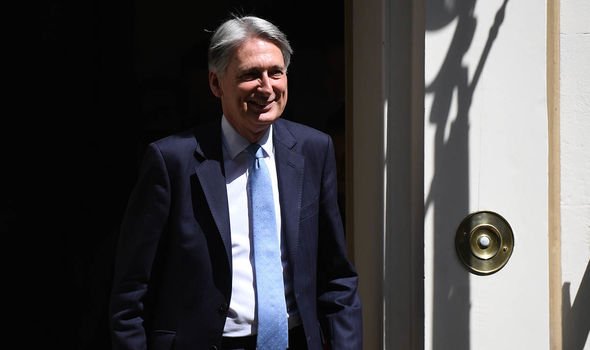 “This budget will give people the reassurance they need in the immediate term and he will be honest with the British people about how we are going to recover beyond this crisis.”

A group of 69 Conservative backbenchers wrote last night to Mr Sunak calling for beer duty to be cut.

Tory MP Richard Holden said: “Our pubs are at the heart of our communities and lockdown has hit them harder than any other sector. Whilst the government support has been welcome, it has not made up for the massive impact of being closed for so long on these vital local institutions.

“The best way for them to build back better after this crisis is to get people back into pubs and the best encouragement for publicans and the public is to see real action on beer duty.”

Emma McClarkin, the Chief Executive of the British Beer and Pub Association, said: “Pubs are the heart of our communities and a vital part of the UK economy, with a presence in just about every city, town and village across the country.

Amid this crisis, though, they face an existential threat, and thousands could be lost for good.”

The latest official figures show the number of people on furlough went up by around 700,000 in January as harsher lockdown restrictions were imposed at the beginning of the month.

Around 4.7 million people were furloughed on January 31, up from four million a month earlier.

It means 16 percent of eligible workers were furloughed at the end of January.

In total, 11.2 million employees across the UK have been given cash under the scheme, which pays up to 80 percent of salaries to those who cannot work because of Covid-19 restrictions.

As of February 15, a total of £53.8billion had been claimed since the furlough scheme began last year.

Hospitality was hit worst with 1.15 million workers furloughed with 68 percent of employers tapping into the scheme.