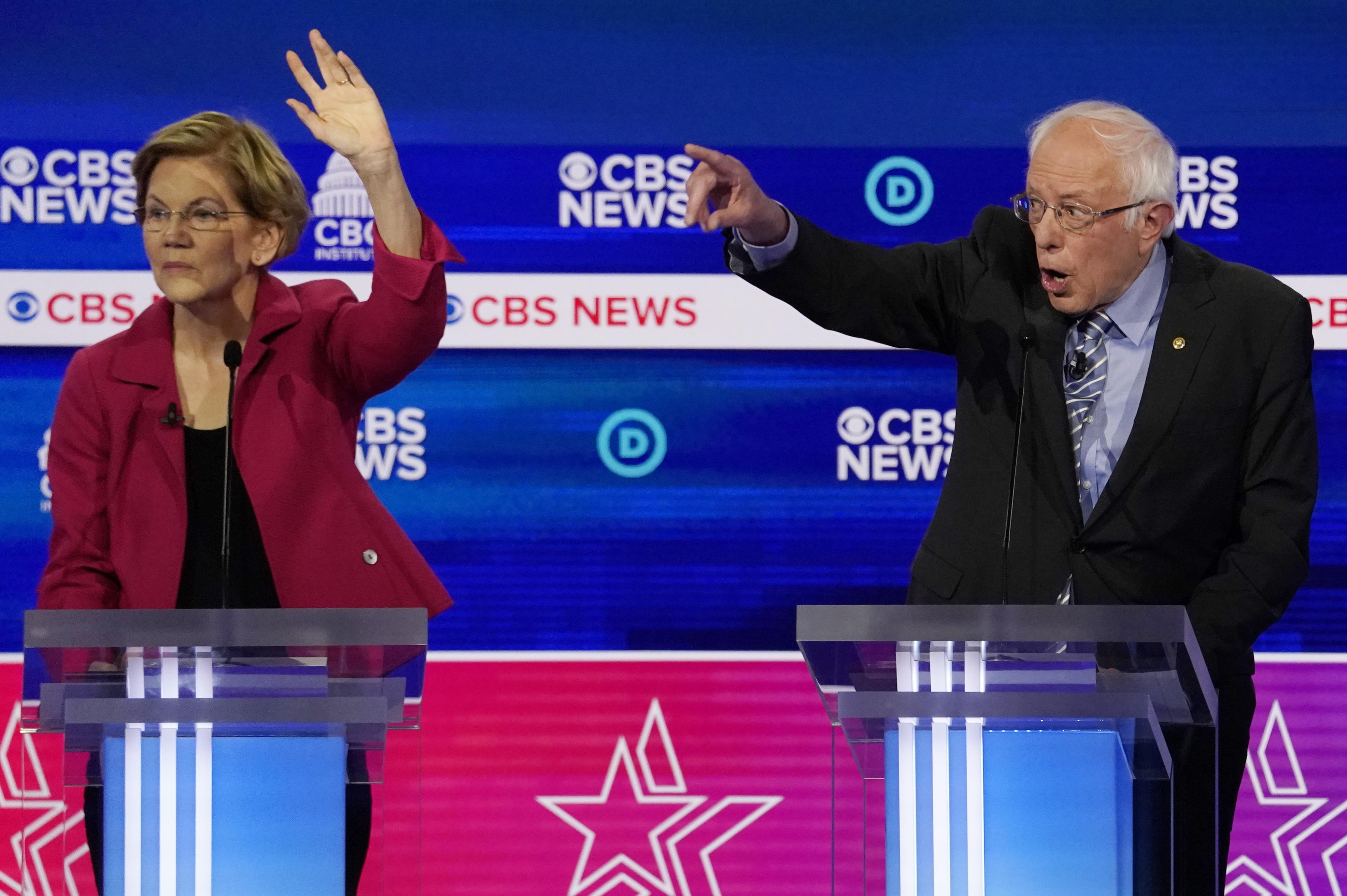 Here are quotes from the televised event:

“Bernie and I agree on a lot of things, but I think I would make a better president than Bernie,” the senator from Massachusetts said. “And the reason for that is that getting a progressive agenda enacted is going to be really hard, and it’s going to take someone who digs into the details to make it happen.”

“We need a president who is going to dig in and actually do the hard work,” she said. “I dug in, I did the work and then Bernie’s team trashed me for it.”

The former vice president pointed out Sanders’ voting against the 1993 Brady Bill that imposed mandatory background checks and waiting periods for gun purchases.

Referring to the 2015 mass shooting at a church near the debate venue, Biden added: “I’m not saying (Sanders is) responsible for the nine deaths, but that man would not have been able to get that weapon with the waiting period.”

“Vladimir Putin thinks that Donald Trump should be president of the United States and that’s why Russia is helping you get elected, so you lose to him,” the former New York mayor said to Sanders, referring to a recent report that Russia was trying to help the senator from Vermont win the Democratic nomination.

“Bernie Sanders’ analysis is right. The difference is I don’t like his solutions. I don’t believe that a government takeover of large parts of the economy makes any sense for working people or for families.”