CHARLESTON, S.C. (Reuters) – Surging front-runner Bernie Sanders will be in the hot seat at the Democratic debate in South Carolina on Tuesday, when his six presidential rivals try to derail his growing momentum before the next big round of nominating contests. 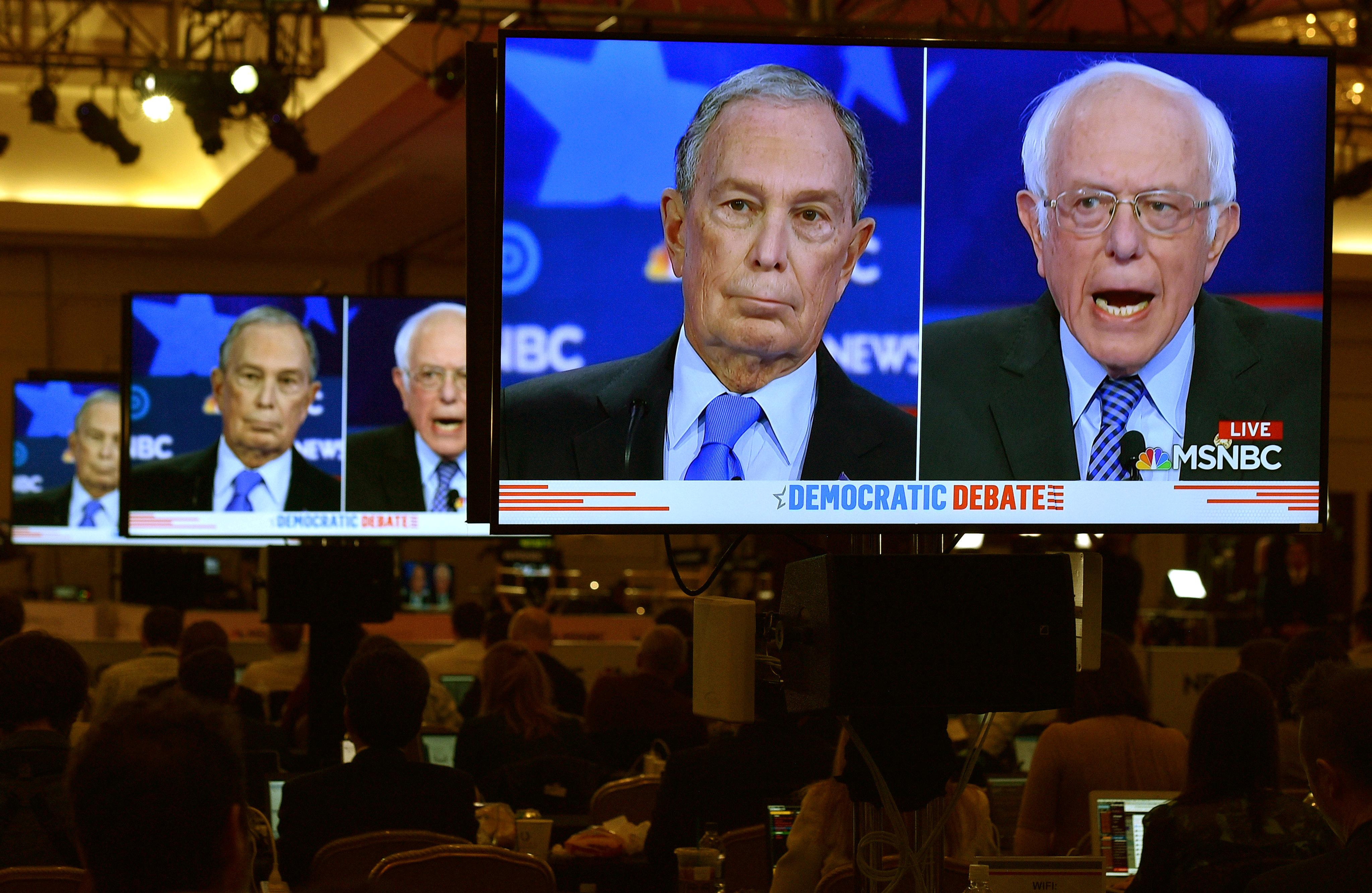 Free-spending billionaire Michael Bloomberg, who had a rough debut on the debate stage last week in Nevada, also will be back in the spotlight at the candidates’ final encounter before Saturday’s South Carolina primary and next week’s 14 vital Super Tuesday contests.

The pressure for a strong performance will be high for all of the contenders. Joe Biden, the national front-runner not so long ago, needs to win South Carolina to keep his campaign alive, while Pete Buttigieg, Elizabeth Warren, Amy Klobuchar and Tom Steyer are desperately battling for relevance.

It will be the third debate this month, and the 10th overall, for the Democrats vying for the right to challenge Republican President Donald Trump in the Nov. 3 election.

The encounters have grown more contentious as time runs out for the candidates to make their case.

“Sanders will probably be the focus of attacks this time, but I expect there are going to be several people in the line of fire from all directions,” said Kelly Dietrich, a Democratic strategist who trains candidates.

Sanders, an independent senator from Vermont and a self-identified democratic socialist, has taken command of the race after strong showings in the first three nominating contests in Iowa, New Hampshire and Nevada, alarming a Democratic establishment wary of his aggressive economic equality and social justice agenda.

But he stayed largely out of the spotlight at last week’s debate as the candidates turned a volley of scathing attacks on Bloomberg, the former New York mayor who had been rising in polls after an unprecedented spending spree on ads.

Bloomberg will need to rebound at Tuesday’s debate to keep his momentum alive. He entered the race in November and is skipping the four early voting states to focus on later contests starting with Super Tuesday, when 14 states vote.

Sanders will not be able to slide by as easily this time around, as candidates are already turning up their attacks on him on the campaign trail.

Buttigieg, the moderate former mayor of South Bend, Indiana, has led the charge against Sanders, labeling him a polarizing candidate who would repel new voters.

Buttigieg could also face one of his most challenging debates. South Carolina and its large bloc of black voters will be a test of whether he can improve on what polls show is his lack of appeal to African Americans.

He joined a march of McDonald’s workers in Charleston on Monday demanding a $15-an-hour minimum wage, and was met by counter-protesters wearing shirts that read: “Black Voters Matter” and chanting: “Pete can’t be our president. Where was $15 in South Bend?”

Sanders is likely to be questioned about his praise for Cuba’s late revolutionary leader Fidel Castro during an interview on the “60 Minutes” television program on Sunday. He said it was unfair to say everything about Castro was bad.

“When Fidel Castro came into office, you know what he did? He had a massive literacy program. Is that a bad thing? Even though Fidel Castro did it?” Sanders asked.

That drew blowback from Democrats in Florida, a general election battleground and home to a large number of people who fled Cuba during Castro’s rule and their descendants.

The debate stakes will be high as well for Biden, the former vice president. He is counting on a win in South Carolina, given his popularity among black voters, who make up more than half of the Democratic electorate in the Southern state.

Biden has led opinion polls in the state, but Sanders has been chipping away at his support and showed signs in Nevada he was expanding his backing to a more diverse electorate. Sanders won most of the state’s sizable Latino voting bloc, entrance polls showed, and finished second to Biden among black voters.

Steyer, an activist billionaire who also has spent his own money heavily on his campaign, will return to the debate stage after failing to qualify in Nevada.

He could make a difference in South Carolina, where polls show he has his greatest strength. He registers third there in the Real Clear Politics average of state polls.

The debate might provide a make-or-break moment for Klobuchar and Warren, senators from Minnesota and Massachusetts respectively, whose lagging campaigns badly need a boost. In Nevada’s caucuses, Warren was a distant fourth behind Sanders, Biden and Buttigieg, with Klobuchar sixth, behind Steyer.

“Some of these candidates are likely to begin facing questions from the moderators about why they are staying in the race,” said Mitchell McKinney, a political scientist and debate expert at the University of Missouri.