WASHINGTON (Reuters) – Michael Bloomberg’s presidential campaign on Friday alleged that rival Bernie Sanders’ “Trump-like rhetoric” encouraged supporters to vandalize a Bloomberg campaign office in Tennessee and others across the country. 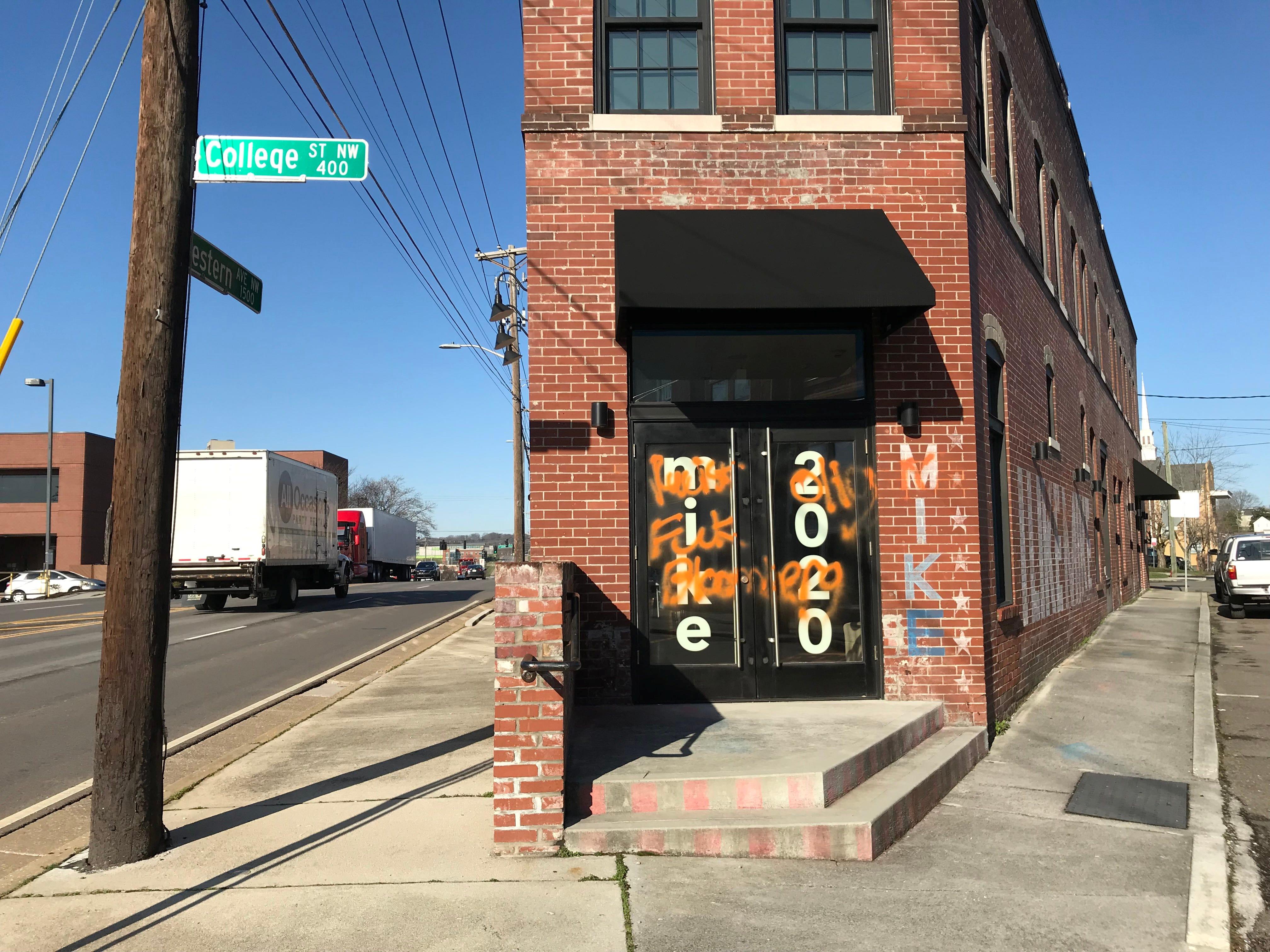 Vandals spray-painted an expletive and the word “oligarch” on the doors of Bloomberg’s office in Knoxville, Tennessee, on Thursday evening, the campaign said.

“We don’t know who is responsible for this vandalism, but we do know it echoes language from the Sanders campaign and its supporters,” Bloomberg campaign manager Kevin Sheekey said in a statement.

“We call on Bernie Sanders to immediately condemn these attacks and for his campaign to end the Trump-like rhetoric that is clearly encouraging his supporters to engage in behavior that has no place in our politics,” Sheekey said.

The Sanders campaign declined to comment on the allegations.

Tensions between the two camps have been high since Wednesday’s debate in Las Vegas, when Bloomberg, the former New York mayor, flat-out asserted that Sanders would lose the general election to President Donald Trump should he become the Democratic nominee.

At the same debate, Sanders, a U.S. Senator from Vermont and the current Democratic front-runner, was asked about the conduct of some of his more vitriolic supporters – so-called “Bernie Bros” – on social media. He said they made up a tiny fraction of his political base.

“We have over 10.6 million people on Twitter, and 99.9% of them are decent human beings, are working people, are people who believe in justice, compassion, and love,” Sanders said. “And if there are a few people who make ugly remarks … I disown those people; they are not part of our movement.”

In the past week, two Bloomberg offices in Ohio were defaced with the spray-painted words “oligarch.” In Michigan, offices were vandalized with “corporate pig” and “Eat the rich.”

Sanders and his aides regularly have referred to Bloomberg, one of the wealthiest men in the world, as an oligarch.