BURLINGTON, Vt. (Reuters) – A resolute Bernie Sanders said on Wednesday he would stay in the Democratic presidential race despite a series of big losses to front-runner Joe Biden, promising to keep up the public pressure for his sweeping economic and social justice proposals.

Sanders acknowledged falling behind the former vice president in the count of delegates needed to win the nomination, but said he remained committed to the overarching goal of defeating Republican President Donald Trump in November.

“On Sunday night, in the first one-on-one debate of this campaign, the American people will have the opportunity to see which candidate is best positioned to accomplish that goal,” he told reporters.

Biden, 77, and Sanders, 78, will debate in Phoenix on Sunday ahead of nominating contests next Tuesday in Arizona, Florida, Illinois and Ohio.

On Tuesday, Biden notched decisive primary victories in Michigan and three other states, taking a big step toward the party’s nomination to take on Trump, 73, and casting doubt on the future of Sanders’ White House bid.

Sanders – who won in North Dakota but had hoped for an upset victory in the key state of Michigan to boost his flagging chances – said his anti-corporate economic agenda was winning the ideological battle and gaining support from young people who are the country’s future.

Many Democratic voters, however, still believe Biden has the best chance of beating Trump, Sanders said.

“While our campaign has won the ideological debate, we are losing the debate over electability,” said the democratic socialist U.S. senator from Vermont.

Sanders’ losses on Tuesday, coming after a series of Biden wins in last week’s Super Tuesday contests in 14 states, put Sanders in a deeper hole in the delegate count. Biden leads Sanders 786-645 in the race for the 1,991 delegates needed to clinch the nomination at July’s Democratic convention. 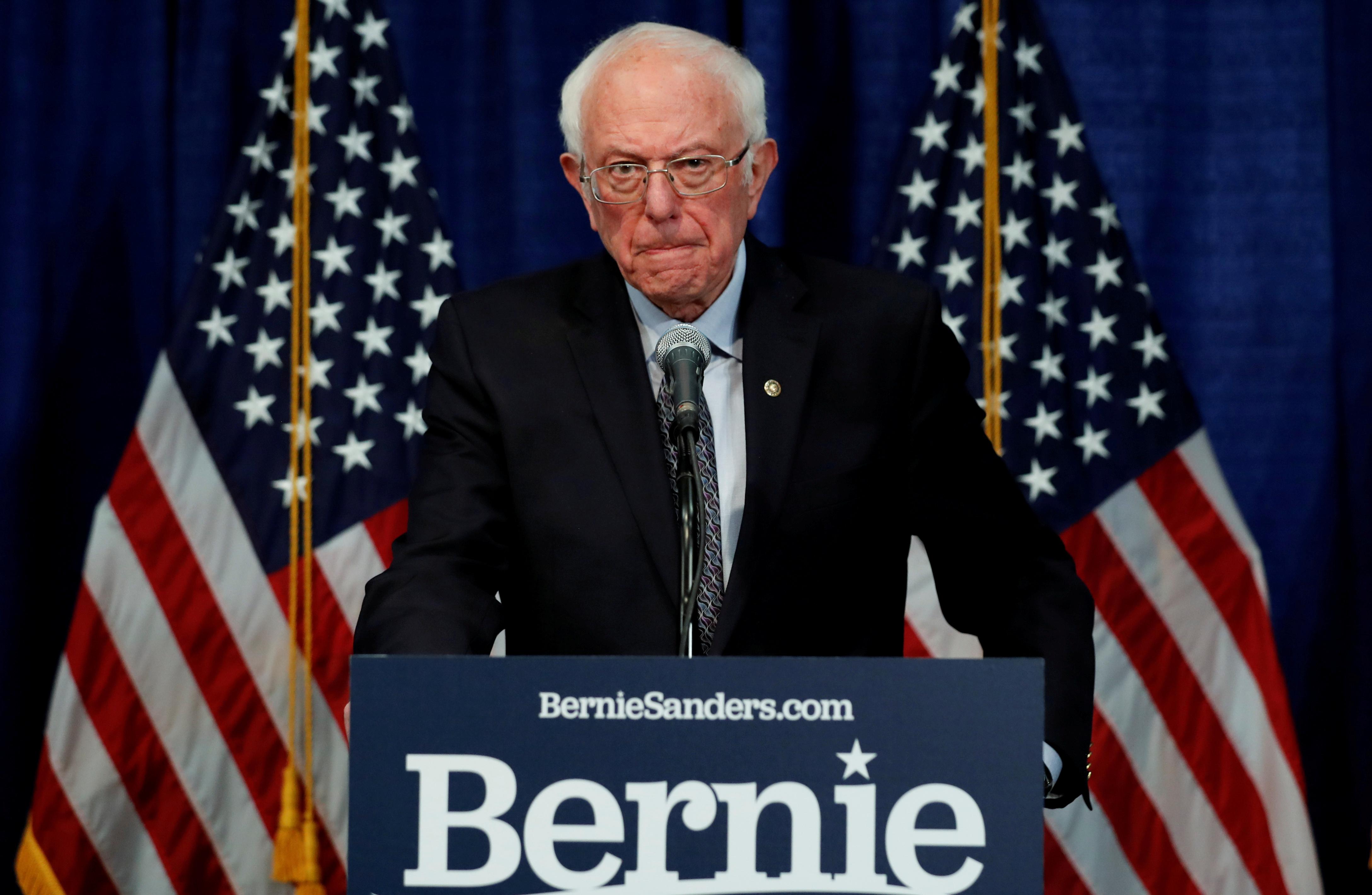 Biden has already begun to look ahead to the November election, calling for party unity and making an appeal to supporters of Sanders.

“We share a common goal, and together we are going to defeat Donald Trump,” Biden said in Philadelphia on Tuesday night, thanking Sanders and his supporters for their energy and passion.

Just two weeks ago, Sanders was seen as the front-runner after an impressive win in Nevada in mid-February, while Biden and the other moderate candidates split the vote of the party’s centrists.

But Democrats who worried Sanders’ agenda would doom the party to defeat in November have rushed to rally around Biden. Biden’s decisive victories on Super Tuesday and in Tuesday’s showdown in Michigan created a growing sense of inevitability about his candidacy.

Two of the largest Democratic super PACs said they would back Biden, and former rival Andrew Yang joined other former contenders like Pete Buttigieg, Amy Klobuchar, Kamala Harris and Cory Booker in endorsing him.

During his first presidential bid in 2016, Sanders’ battle with eventual winner Hillary Clinton lasted into June, long after the delegate math made her nomination inevitable.

Sanders said he looked forward to advocating for his progressive agenda during the debate on Sunday, and previewed some of his questions for Biden.

“Joe, what are you going to do to end the absurdity of the United States of America being the only major country on earth where healthcare is not a human right?” Sanders asked. 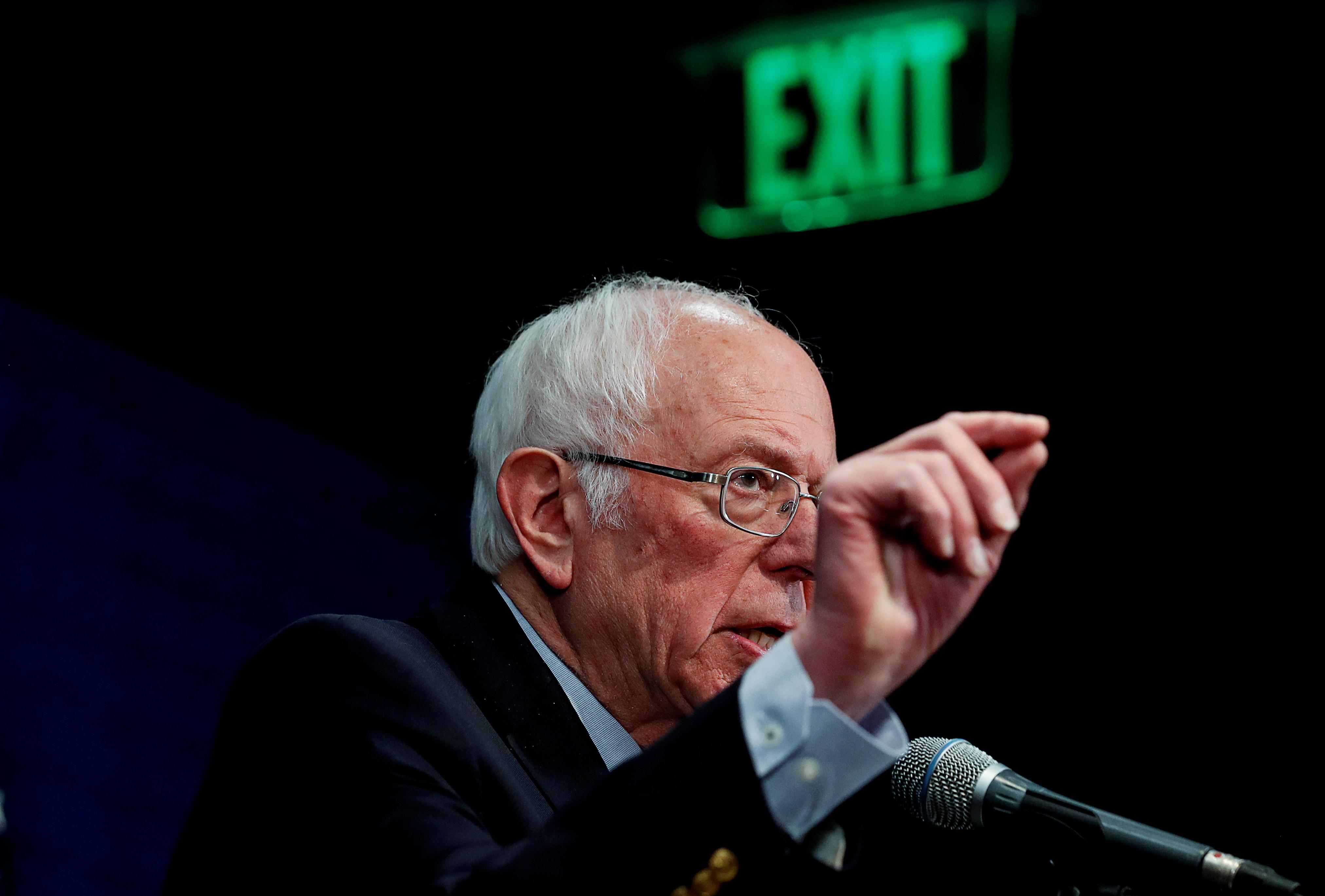 “Joe, what are you going to do to end the absurdity of billionaires buying elections and the three wealthiest Americans owning more wealth than the bottom half of our people,” he said.

The debate in Phoenix will not have an in-person audience because of health concerns over the coronavirus outbreak, which forced Sanders and Biden to cancel events in Cleveland on Tuesday. It was unclear how the pandemic might affect the campaign going forward.

Biden planned to deliver remarks on Thursday on the issue, which he has characterized as a test of presidential leadership. His campaign canceled planned public events in Florida and Illinois and converted them into “virtual” campaign events to minimize health risks.