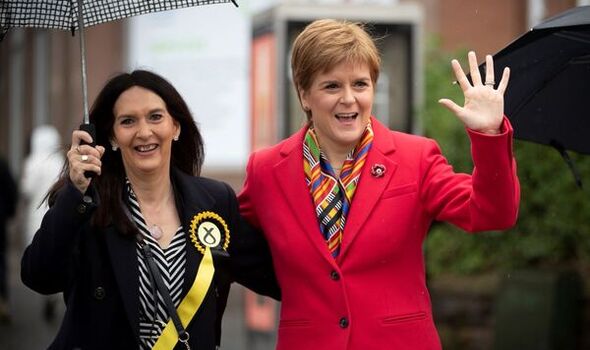 Margaret Ferrier was told it was a direct alternative to custody and she will need to do the unpaid work in nine months.

Sheriff Principal Craig Turnbull told her at Glasgow’s Sheriff Court yesterday: “The public rightly expect the people elected to represent them to set an example. You wilfully ignored the rules and did not isolate.”

Ferrier, 62, of Cambuslang, South Lanarkshire, admitted culpably and recklessly exposing the public “to the risk of infection, illness and death”.

She won Rutherglen and Hamilton West in 2019 for the SNP from Labour but had the whip removed in 2020 after the allegations emerged.

Scottish First Minister Nicola Sturgeon has urged Ferrier to quit for travelling in Glasgow and to London in September 2020.

After the rule-breaking was exposed the following month she referred herself to the police and also to the Parliamentary Commissioner for Standards, and apologised.

Related posts:
Best News
Putin’s mobilisation ‘likely far larger’ than 300,000 Russians, says Ukraine
Liz Truss warned that she could be ‘out by Christmas’
can i take cefdinir if allergic to amoxicillin
trazodone to help me sleep
puntura di voltaren ogni quanto
Recent Posts