Home » ‘She will have to go!’ Ruth Davidson says Sturgeon ‘will have no choice’ over resignation

Nicola Sturgeon may have to resign warns Ruth Davidson

Scottish Conservative leader Ruth Davidson said that Nicola Sturgeon could be forced to resign at the end of the ongoing Holyrood inquiry and Alex Salmond controversy. Nicola Sturgeon is expected to be the Holyrood inquiry’s final witness next Wednesday amid an ongoing investigation into whether the SNP leader broke the ministerial code and misled Scottish Parliament. If Ms Sturgeon is found to have broken the code and misled parliament, she will have no choice but to quit, according to Ms Davidson.

She told Sky News that the investigations into the Scottish Government were “not about independence, but about wanting Scotland to work”.

Ms Davidson continued: “Any Parliament has to be able to ask questions of the Government and expect those questions to be answered.

“Frankly, this isn’t about independence or not. This is about being Scottish, this is about wanting Scotland to work.

“This is about wanting the institutions of Scotland to work and wanting the parliament to hold the executive to account no matter which party is in power.”

JUST IN: ‘Mr Salmond is not on trial’ – Holyrood probe gets heated – VIDEO 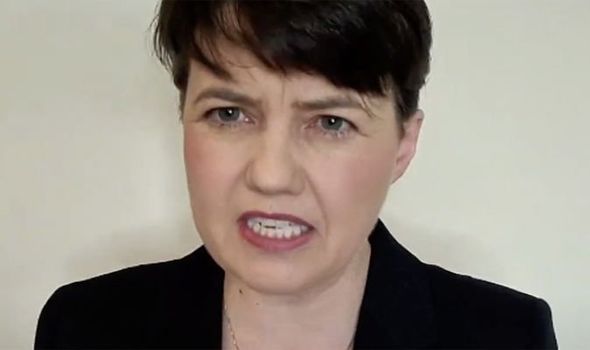 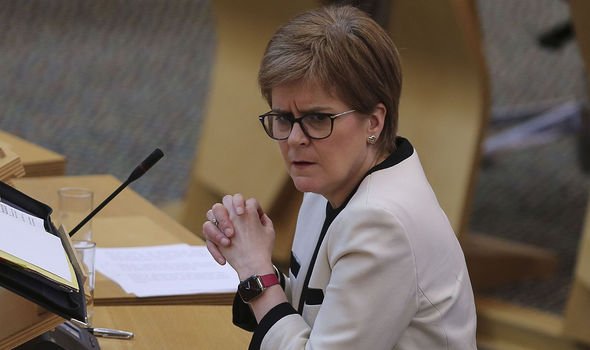 The Scottish Tory leader went on to warn the First Minister that she could be forced to resign prior to the May elections.

Ms Davidson said: “She will have her day in front of the committee as well, and it’s absolutely right that she has due process and she will be questioned and she will be able to put her statement out there.

“But, even going by the written evidence she has submitted, there is an issue where she misled parliament.

“There is a question about whether that was inadvertent or purposeful, and that is what the committee will find. 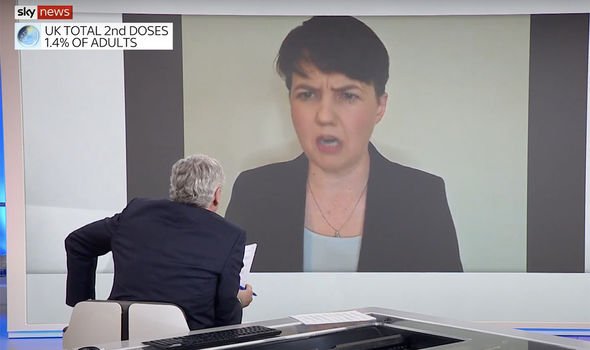 “But if everything that is alleged is true then of course, she will have to go.”

Alex Salmond, who alleges that Sturgeon and her close allies plotted to ruin his reputation, appeared at the Holyrood committee investigating the Government’s handling of complaints against him.

In his written submission, Mr Salmond accused Ms Sturgeon of misleading the Scottish parliament over when she found out about sexual misconduct complaints against him. 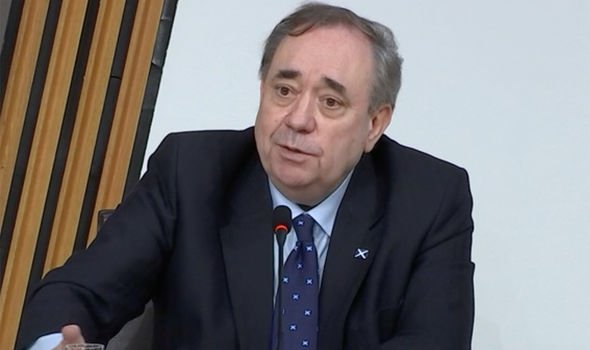 Ms Sturgeon has denied any suggestion of a cover-up.

During a fierce exchange in First Minister’s Questions on Thursday, Ms Davidson accused Ms Sturgeon of damaging Scotland’s institutions to “save her own skin”.

She responded: “The most important thing to me is the reputation of our country, the integrity of our institutions, and I will always act in a way that protects exactly that.

“Ruth Davidson has just gone through there a litany of nonsense. She accuses me of deflection. What deflection?”