Mr Bray, famous for repeatedly shouting “Stop Brexit” during live broadcasts in the vicinity of the Houses of Parliament, later told a policeman he had no regrets about the prospect of disrupting the event. Mr Johnson, who married in 2020 at a scaled-back ceremony in the midst of the pandemic, marked the occasion at Daylesford House, the grand estate of a major Tory donor with guests including staunch loyalists Jacob Rees-Mogg and Nadine Dorries.

Mr Bray, who stood unsuccessfully as the Liberal Democrat candidate for Cynon Valley constituency in the 2019 United Kingdom general election, took to Facebook last night to offer an update about his friend and fellow anti-Brexit activist, photographer Sylvia Yukio Zamperini.

He explained: “I was supposed to meet Sylvia at Dayleford estate for the Johnson wedding but she called me.

“She was really upset…she was here but at a different gate looking for me. She was searched by Police, her car searched by police.” 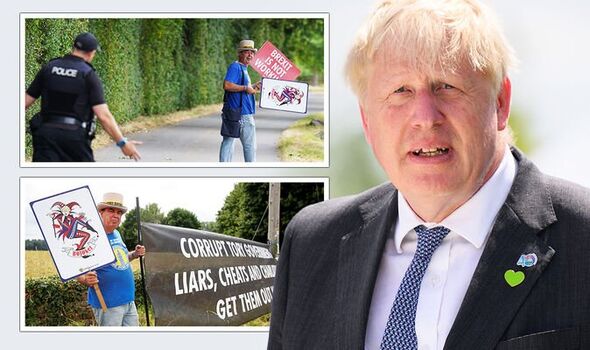 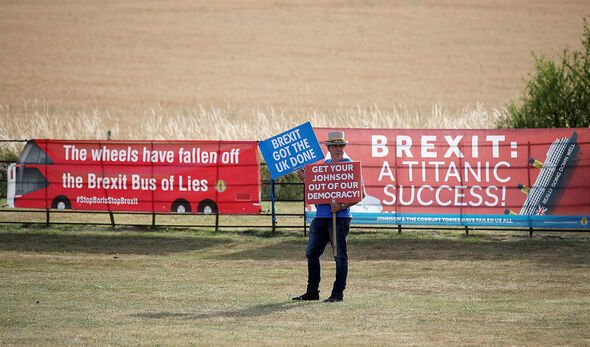 Mr Bray added: “A police van and car passed me 20 minutes ago. She was crying and waving frantically from the back of the car.

“She’s been arrested. The sole purpose of the arrest is to intimidate and disrupt this protest.

“I’m doing all I can to find out where she is and make sure she is ok but police not giving info.

“I can’t tweet as not enough signal but if someone could put something on Twitter I would appreciate it.” 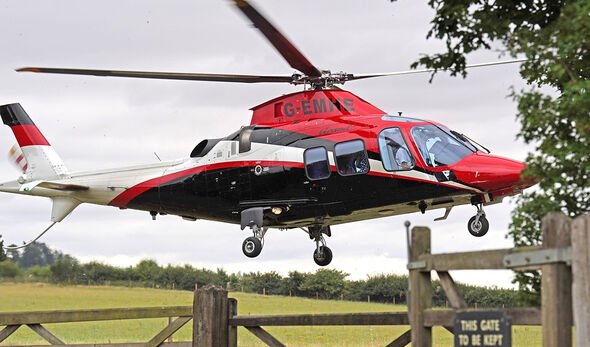 However, he subsequently did manage to tweet in the early hours of this morning, posting: “I can only assume police have released her and seized her phones, then didn’t tell her I was on my way! Now why would they do that?

“Deliberate dirty tactics and an illegal arrest and false imprisonment. I assume.

“She is vulnerable, alone and without any way of contacting anyone.” 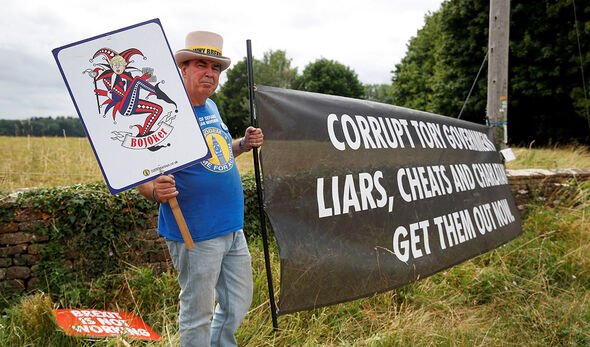 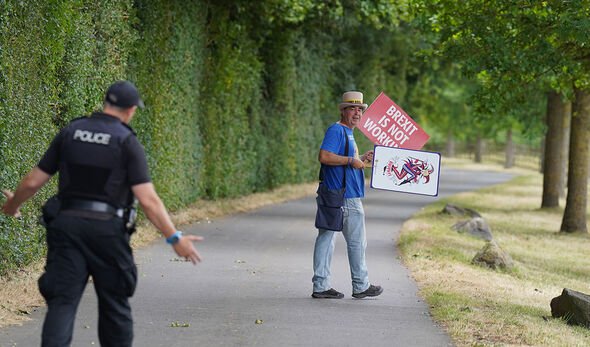 At 5.08am he added: “I assumed correctly! Released from custody, they didn’t tell her I was on route and they seized her phones despite them having the numbers for everyone she knows, they are also vital for her work!

Mr Bray also shared a clip of him speaking to a policeman who warned him amplifiers set up to disrupt the party would be confiscated.

After being told by the officer he was being given a “pre-pre-warning”, Mr Bray replied: “Look what these guys have done to our lives. I don’t care if it’s a wedding party.” 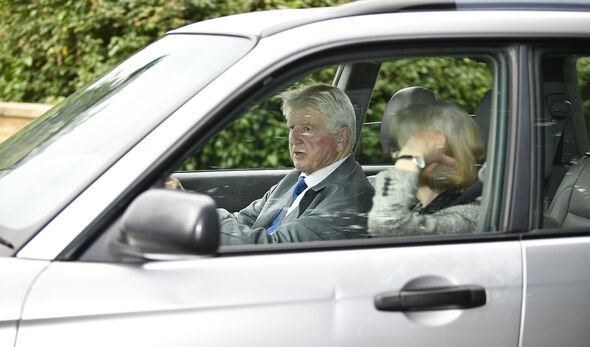 There were questions over whether defectors from Mr Johnson’s Government would be culled from the guest list, with former health secretary Sajid Javid one of those notably not spotted arriving.

Former chancellor Rishi Sunak and current Foreign Secretary Liz Truss missed the party as they were on the campaign trail in a bid to replace the Prime Minister.

The Grade I-listed mansion is owned by Lord Bamford, chairman of construction equipment manufacturer JCB, who has donated millions to the Conservatives. 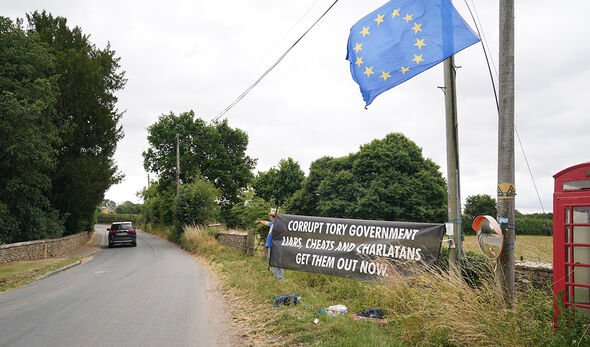 Staff were this week seen going in and out of the bunting-topped tent amid apparent party preparations.

Guests were able to relax on hay bales and benches placed outside the marquee and eat and drink at casks and small tables as they enjoyed views across vast meadows and orchards.

Mr and Mrs Johnson had originally been planning to throw their wedding party at the Prime Minister’s official country residence, Chequers, in Buckinghamshire.

Those plans led to suggestions that Mr Johnson wanted to stay on as a caretaker prime minister in part to see this through, though this was strongly denied by Downing Street.