The Alex Salmond inquiry and the James Hamilton report into whether Nicola Sturgeon broke the ministerial code are set to report back in the next few days. The Salmond inquiry committee will publish its report tomorrow – although detailed leaked last week indicate they decided she “misled” parliament.

Ms Sturgeon is also currently under investigation by James Hamilton QC to establish if she breached the Scottish Government’s ministerial code.

She referred herself to the independent investigator after being accused of misleading parliament over when she knew of the complaints against Mr Salmond.

She previously said she had been told about the allegations by Mr Salmond himself during a meeting in her home on April 2, 2018.

However, it was later found Mr Salmond’s former chief of staff Geoff Aberdein had met with the First Minister in her Holyrood office four days prior to that, where she was told of the complaints. 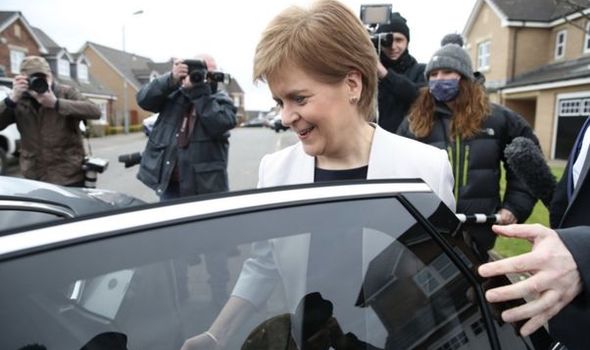 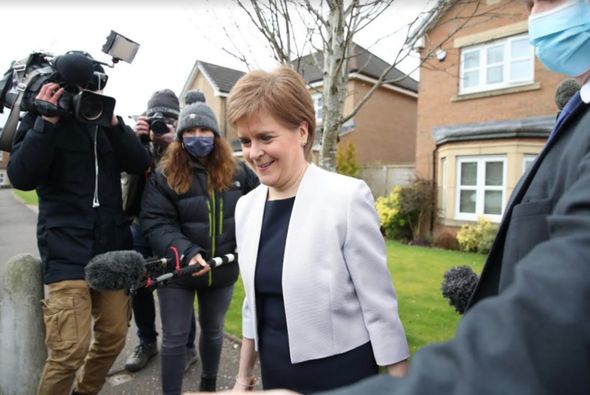 Mr Hamilton could report back as early as today.

Key Scottish political figures have called for the Scottish First Minister to step down if she broke the ministerial code.

Meanwhile, the committee looking into the Scottish Government’s handling of harassment complaints against former first minister Salmond is set to report back tomorrow morning. 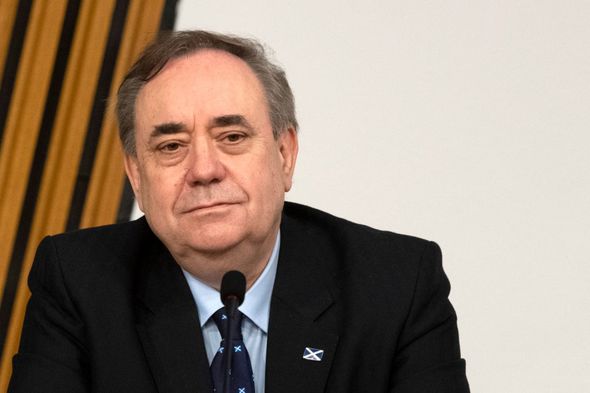 A leak on Thursday evening revealed it concluded the First Minister misled the inquiry over whether she had offered to intervene in the case – which Ms Sturgeon denies doing.

MSPs voted 5-4 to conclude Ms Sturgeon misled the committee over the meeting with Mr Salmond in April 2018.

A spokesman for Ms Sturgeon last night said she stands by the evidence she gave to the Holyrood committee and accused it of resorting to “baseless assertion, supposition and smear”.

But in a turn of events yesterday, the women at the centre of the Salmond inquiry have said they will be making a formal complaint to the Scottish Parliament after their evidence was leaked. 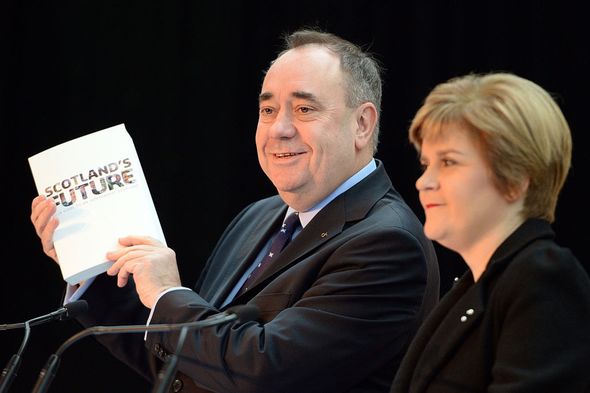 The Express understands the woman gave evidence in private last Monday and painted a picture of how the Scottish Government was a demeaning environment for women, with one saying it was “like the Wild West”.

Holyrood’s Presiding Officer has insisted MSPs charged with probing the Scottish Government’s botched handling of harassment complaints against Mr Salmond had been able to “shine a spotlight” on the inner workings of Ms Sturgeon’s administration.

Speaking for the final time prior to his retirement, the Ken Macintosh insisted the Committee on the Scottish Government Handling of Harassment Complaints had gone about its work “assiduously”.

Referring to the marathon session committee members spent questioning Ms Sturgeon on her role in events, Mr Macintosh said: “No other leading politician around the world has ever done that, but our parliament did it.” 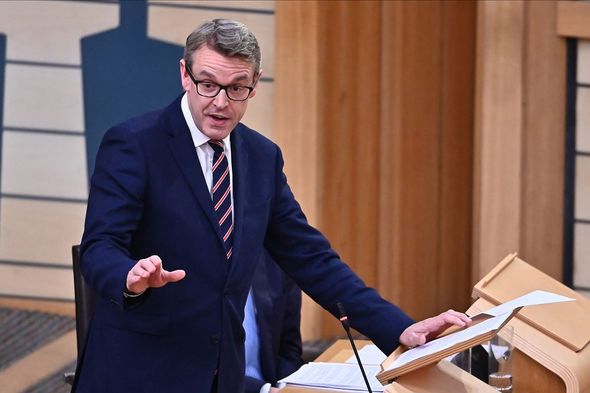 The outgoing Holyrood Presiding Officer said he did “not doubt for one second it has been a very difficult process,” for the committee.

He added: “Having said that I believe it has been assiduous in its work and has shone a light, shone a spot light on the inner workings of government that we have never seen, certainly not in my time in Parliament.

“We have seen the inner workings of government, the relationship between ministers and the civil service and their Spads, special advisers, with the Parliament, with the Crown Office, with courts. We have seen absolutely what that is like.

“It is a difficult process, there is no doubt about it, there is so much at stake with the election coming up, the protagonists themselves are of some stature, so there is a lot at stake. 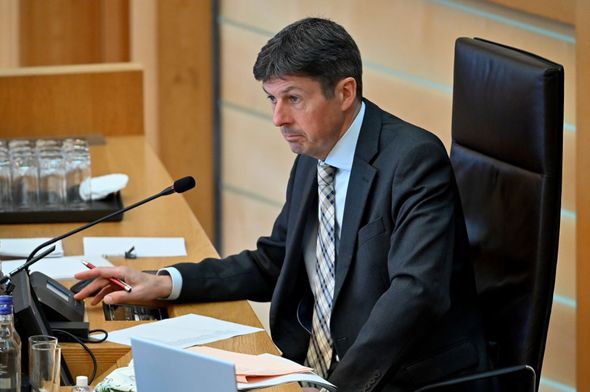 “There is a lot of physical tension here.”

Mr Tomkins said last night: “The evidence is not just clear but overwhelming that Nicola Sturgeon has misled parliament on countless occasions.

“If you are a minister in the Scottish Government you have to abide by the ministerial code. 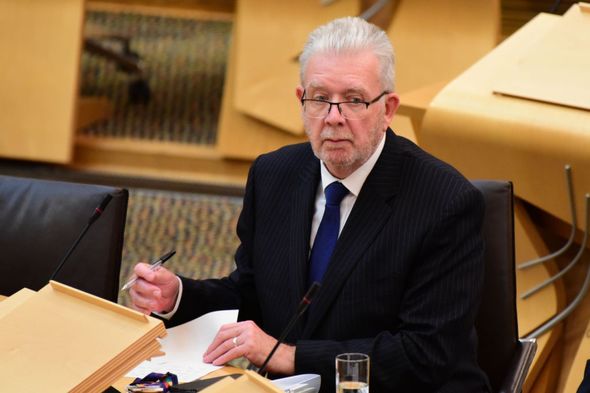 “The ministerial code makes it absolutely clear that if you mislead the Scottish Parliament you resign.

“She misled the Scottish Parliament and she needs to resign.”

The Scottish Conservatives have ordered Ms Sturgeon to resign over the matter else she is expected to face a vote of no confidence on Wednesday.

But Michael Russell, Scotland’s Constitution Secretary who is retiring in May compared the treatment of Ms Sturgeon to the shouts of “lock her up” directed at 2016 Democratic challenger Hillary Clinton during Trump rallies.

“It’s utterly discreditable and the people of Scotland need to have their say about it.”