Nicola Sturgeon’s Government announced Scotland will fall into step with London and have all arrivals into the nation abide by quarantine rules. Up 1,300 rooms will be made available for booking to anyone planning to arrive into Scotland from Thursday, with all travellers also required to undergo two Covid tests on day 2 and day 10. Mr Matheson confirmed a daily fixed fee will be paid by the travellers toward their accommodation, which will help to recover at least part of the cost to the taxpayer.

The Scottish Government is hoping the new restrictions will help slow down arrivals.

Mr Matheson also confirmed any arrival from England will be forced to quarantine for ten days in Scotland upon entry should they have spent time in a red-listed country in the 10 days before arriving into the UK.

Mr Matheson said the government will block book hotels, but those living in the rooms will have to pay.

Speaking before the Health and Sport Committee on Tuesday, hours before announcements of the schemes in Holyrood and Westminster, Mr Matheson said the UK Government had not changed its views on managed quarantine, which will see only those arriving from certain countries forced to self-isolate. 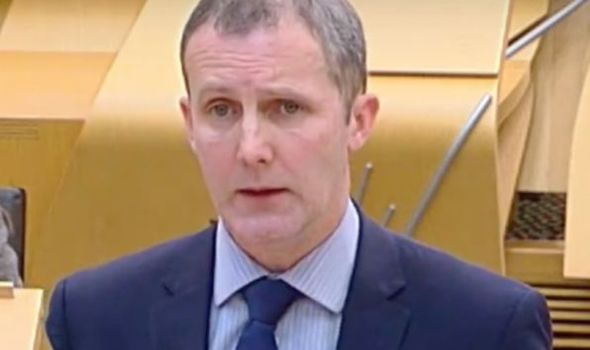 When asked about the financial aspect of the scheme in Scotland, the Transport Secretary said: “Cost is borne by the traveller if they’re making use of managed quarantine hotels or managed isolation at a fixed cost.

“We underwrite the hotel provision – we block-book the hotel facilities which we are taking forward through a joint agreement with the UK Government so that there is one contract with all these hotels which is being taken forward on our behalf.”

According to Mr Matheson, a daily fixed fee will be paid by the travellers toward their accommodation, which will help to recover at least part of the cost to the taxpayer.

When asked about projected numbers of travellers, Mr Matheson did not give an exact number, but said: “We are working on a projection of numbers based on the number of people who are travelling per week into Scotland through international travel, and what we’re looking to do is to make sure we have the availability for managed isolation for those who would need to undertake managed isolation.”