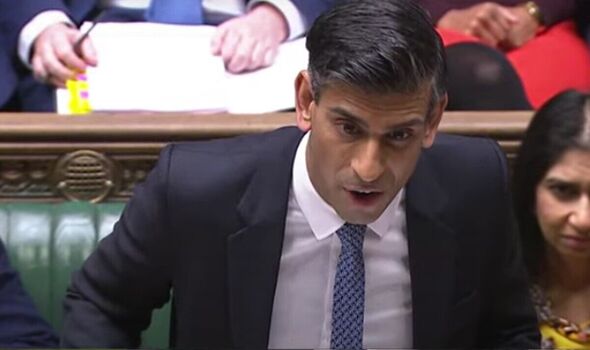 Rishi Sunak blasted the “Labour nightmare before Christmas” as he was grilled over the government’s response to tomorrow’s impending nurse strike – the first of its kind in history.

Bradning the nurse strike a “badge of shame for the government”, Labour’s Sir Keir Starmer highlighted the potential human cost as a result of the lack of working nurses tomorrow and the already substantial NHS waiting times.

However, Mr Sunak shot back that Sir Keir’s solution of getting unions “round the table” was a way to avoid taking a position, adding that Labour was protecting its “paymasters”.

The Labour leader argued that the Prime Minister was attempting to shift the blame for the strikes, and the government as Mr Sunak repeatedly mentioned the impact of the Covid pandemic on the health service.

Sir Keir claimed Mr Sunak “tries to blame everyone else” for the issues facing the NHS as he said for “12 years they haven’t trained enough doctors and nurses”.

During an LBC phone-in session on Monday, Sir Keir called for the NHS to be reformed and called for double the number of medical staff to be trained.

But in PMQs today, Mr Sunak said the Government was “listening to the independent pay review bodies” and while the Government has offered public sector workers pay deals “they [Labour] can’t even decide on a number amongst themselves”.

The PM added: “We are actually protecting the public, they are protecting their paymasters. For working people in this country it is Labour’s nightmare before Christmas.”

Sir Keir replied by continuining to pin the blame on the lack of government action, saying: “In 12 hours time there is a nurses strike, all he needs to do is meet the nurses. His inaction speaks volumes. As ever with this Prime Minister it is Tory politics first, patients second.”

He went on to accuse Mr Sunak of “going into hibernation”.

While he did not directly respond to calls from Labour to give a plan of action on the nurses’ strike Prime Minister continued to drill Labour on forming a clear position on the issue.

Labour MP Angela Eagle, after observing that the government had gone through five education secretaries, four chancellors, three PMs, and two leadership “coups”, said: “And the partridge has had to sell the pear tree to pay the gas bill. After a year of Tory chaos, incompetence and self-indulgence, wouldn’t the best Christmas present for the public be an election?”

But Mr Sunak replied that the best thing Labour could do for people would be to tell the unions to call off the strikes.