Another “super courtroom” is opening to help address a “significant backlog” in the crown court system caused by the pandemic.

There are more than 60,000 crown court cases in England and Wales waiting to be heard thanks to the pandemic and social distancing restrictions, which have seen serious cases with 12-person juries and multiple defendants put on hold.

The first super courtroom of its kind opened in Manchester in September and the Ministry of Justice (MoJ) confirmed another will open in Loughborough, Leicestershire, on Tuesday.

There are plans to open 71 super courtrooms, which are three times the size of a normal court, to address what Justice Secretary Dominic Raab has called a “significant” backlog. 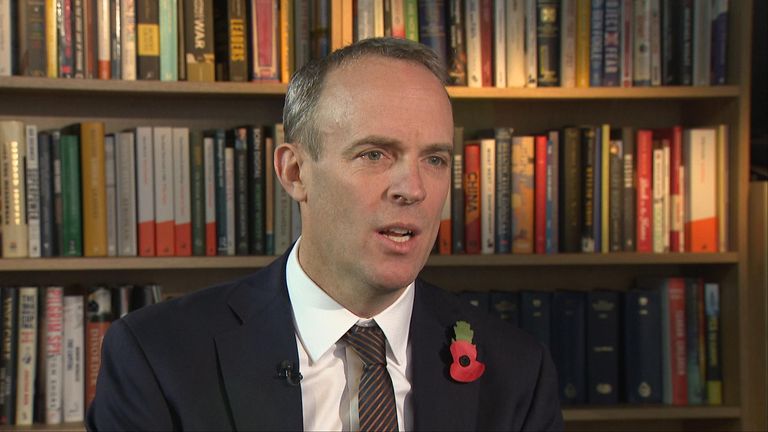 Mr Raab said the £2.7m facility at Loughborough Magistrates’ Court “could “take multiple defendants”, and “that takes a big chunk of the work out of the other two or three courtrooms that would otherwise have to deal with it”, allowing an extra 250 cases a year.

The space will be used to hear alleged crimes including gang violence and county lines drug offences, which have multiple defendants and account for a fifth of the backlog because social distancing rules have stopped them going ahead.

A nine-defendant murder trial is due to begin on Tuesday.

Mr Raab, who is also deputy prime minister, added: “We’ve now stabilised the backlog, it’s not increasing significantly, and we’re now putting every effort we can into bringing it down.” 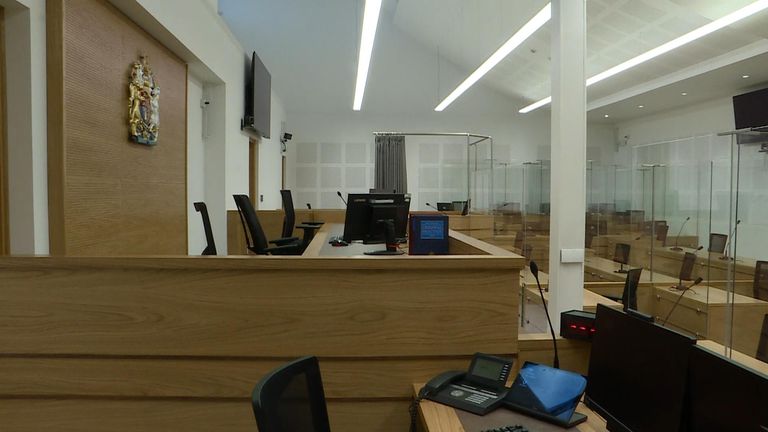 Although, in an interview with Sky’s Tamara Cohen Mr Raab admitted he did not know how long it will take to get through the backlog, leaving victims of the most serious crimes waiting for justice.

The crown court backlog stands at 60,292, according to the latest Ministry of Justice figures from the end of June, compared with 41,045 in March 2020 when the pandemic began – a 48% rise.

COVID saw the shutting down of jury trials between March and May last year, but the justice system has also suffered from years of spending cuts, losing a quarter of its budget since 2010.

Mr Raab said he “couldn’t say with precision” when the backlog would return to the level it was at before the pandemic, suggesting it could be up to a year before it starts to fall.

He also did not deny that it might take seven or eight years to clear.