Home » Politics » The Election May Hinge on Pennsylvania. Can the Polls Get the State Right? 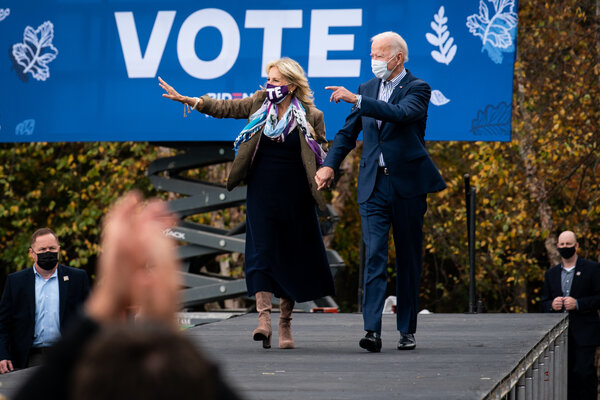 Welcome to Poll Watch, our weekly look at polling data and survey research on the candidates, voters and issues that will shape the 2020 election.

If President Trump pulls off a come-from-behind victory on Nov. 3, it’s likely to run through Pennsylvania — one of the three Midwestern states he won by less than one percentage point in 2016, and arguably the one that’s still within range for him.

Joseph R. Biden Jr., the Democratic nominee, has built a polling lead in Pennsylvania that is now considerably stronger than Hillary Clinton’s was on the eve of the election four years ago. But the president’s weakness is driving the race more than Mr. Biden’s strength. Mr. Biden has only recently achieved a positive overall favorability rating among voters in Pennsylvania, according to various surveys.

High-quality polls of Pennsylvania conducted this month have put Mr. Biden up by anywhere from five to 13 points among likely voters. But they have also shown 5 percent to 10 percent of those voters declining to express support for either major nominee.

A Trump comeback will probably depend on his winning over a good share of those undecideds while driving down Mr. Biden’s support among demographics that have long since turned against the president — such as older voters and suburbanites — but that have not swung as heavily to the Democrat. It’s a possibility that Democrats and pollsters alike are unwilling to rule out, especially given the lingering shock from Mrs. Clinton’s loss in 2016.

That year, a late swing tilted the race in Mr. Trump’s favor — and laid bare the problems with state polls across the Midwest, most of which had not taken into account the difference in vote preference between white voters with or without college degrees.

This year, views of the president are much firmer, meaning there is less volatility in the race, and pollsters have tried to adjust for their mistakes from four years ago. It is now the industry standard for state polls to take into account education level, ensuring a fair representation of voters without college degrees. But survey researchers have other uncertainties to worry about this year — particularly the potential for widespread voter suppression, which polling has no established method of accounting for.