Home » Politics » ‘The only options’ – Boris Johnson resigns: Most likely candidates to replace the PM

As the resignation letters landing on the Prime Minister’s desk piled up this week, Tory Party members started thinking about who they would like to be the next leader of their party. Boris Johnson’s reign ended in chaos, but with a general election just two years away the Conservative Party will be hoping to turn things around.

Who are the favourites?

Relatively-unknown Penny Mordaunt is currently favourite to take over from Mr Johnson, alongside key figures including Dominic Raab, Rishi Sunak, and Liz Truss.

The minister at the Department for International Trade, who backed the Prime Minister in 2019, claims to be a low-tax pro-Brexit Tory, an image which is appealing to many members, according to polls.

A survey by Conservative Home put Ms Mordaunt as one of the top runners for the job, alongside Defence Secretary Ben Wallace. 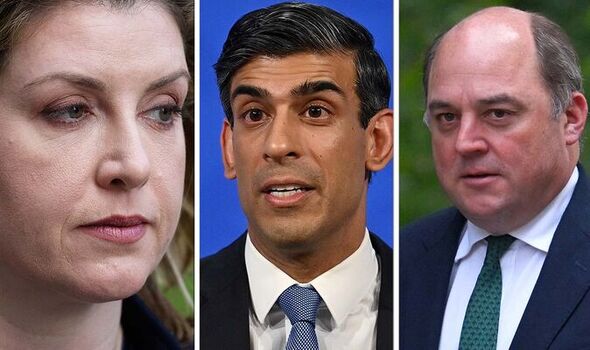 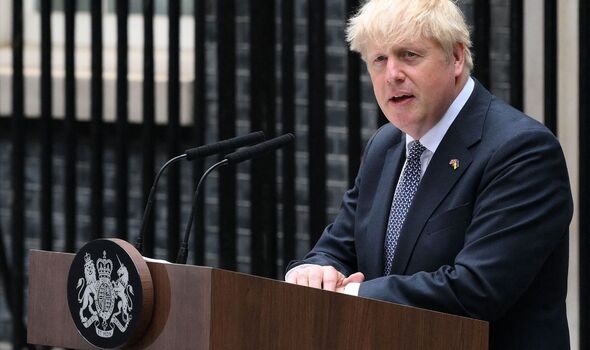 But not all Conservatives are behind Ms Mordaunt, and some believe there are better options available.
Stephen Carlton-Woods, 57, is a conservative political commentator who thinks there are only two realistic choices for the next Tory leader.
He told Express.co.uk: “Dominic Raab or Ben Wallace are the only options I think. Raab went for leader last time and I think he was a bit nervous.
“A few weeks ago, he did Prime Minister’s Questions against Angela Rayner and he looked nervous again, but he should have wiped the floor.” 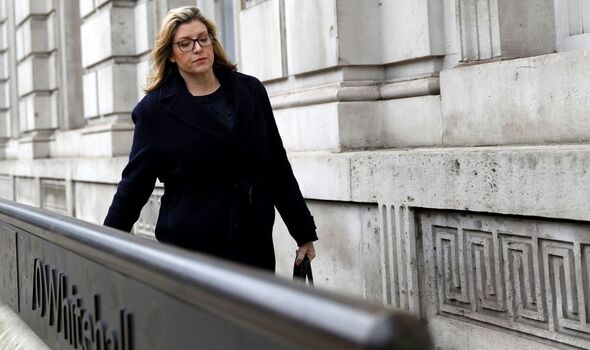 He added: “Penny is a lovely lady, but I don’t think she is a traditional Conservative, and I think whoever leads the party has to be a traditional Tory.”

Apart from the favourites, Betfair Exchange makes Liz Truss and Sajid Javid outsiders in the race, at 10/1 and 12/1 respectively.

And Ben Wallace leads the way as the clear favourite with odds of 11/4, slashed from 13/2 on Thursday morning. 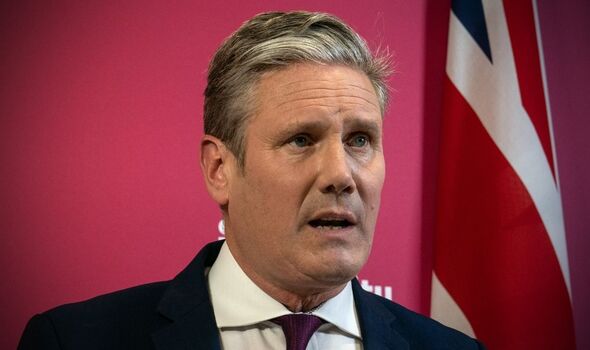 Where did it all go wrong for Boris?

After winning an 80-seat majority in 2019, Mr Johnson led the Tories into what many expected would be a decade of dominance.

But the situation unravelled quickly as scandals moved the Conservative Party further and further behind Labour in the national polls.

Right now, Labour enjoys a seven-point lead according to a survey by BMG Research and the New Statesman.

Since the last election, divisions within the Tory Party started hacking away at the unity shown in 2019, and this led a mass walk out this week in a bid to force Mr Johnson to step down.

Mr Carlton-Woods explained that the Prime Minister was never universally popular in the party, but this week Tory MPs played into Labour’s hands.

He said: “A big contingent of Tories never liked Boris, and on a personal level when he was mayor of London I never got on with him.

“Boris was on the cusp of a wave in 2019 and he was clearly elected by country. We have a contingent of Tories against him because of Brexit, others have started turning on him.

“Rather than being strong they have all done exactly what the opposition wanted them to do.”