President Biden’s assistant secretary of health is the highest-ranking openly transgender person ever to serve in the federal government. 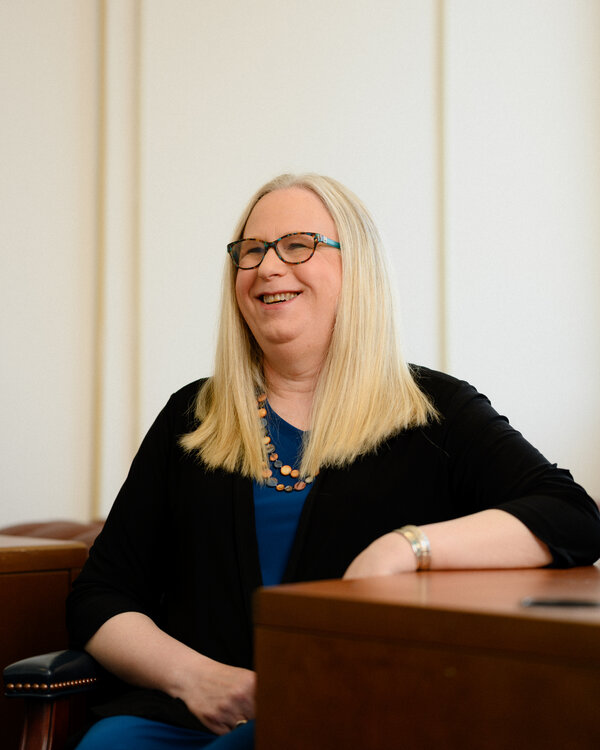 WASHINGTON — Dr. Rachel Levine was not a particularly aggressive football player at the elite all-boys school she attended in Massachusetts four decades ago. She loved drama and glee club, but when it came to football, she said, “I told the coach, ‘Well, I’ll tackle, but I don’t want to hurt them.’ ”

Dr. Levine returned to Belmont Hill School as a guest speaker in 2016 and offered a little life advice to the boys clad in the same blue blazer and khaki pants uniform that she once wore: “Don’t make any assumptions.”

Dr. Levine, a former Pennsylvania health secretary, is now President Biden’s assistant secretary of health, the first openly transgender person ever confirmed by the Senate, and she has taken office in the middle of something of a transgender moment. A culture war is intensifying, waged largely by Republicans who have sought in state after state to restrict transgender rights and block transgender girls from participating on girls’ sports teams.

At the same time, a transgender woman, Caitlyn Jenner, the former Olympic decathlete and reality television star, announced last month she was running for California governor as a conservative Republican, a campaign that counts Brad Parscale, the former campaign manager for Donald J. Trump, as an adviser. Elliot Page, an Oscar-nominated actor, recently opened up about his gender-affirming surgery, telling Oprah Winfrey, “I do believe it’s been lifesaving.”

And Dr. Levine is the highest-ranking openly transgender person ever to serve in the federal government.

“It’s political — some people feel that this could be a wedge issue in the upcoming elections,” Dr. Levine said of the Republicans’ efforts, in one of her first interviews since taking office. “It is also that transgender people have become more prominent, so I think maybe some pushback for that. But I think at its heart, this is politics.”

Dr. Levine has suffered through her own share of false assumptions and attacks. A radio reporter insisted on calling her “sir.” Firefighters raised money at a county fair in Pennsylvania by putting a “Dr. Levine impersonator” — a man wearing a dress and a wig — in a dunk tank. Senator Rand Paul, Republican of Kentucky, grilled her about “genital mutilation” at her confirmation hearing.

The prominence of transgender issues in politics is remarkable considering what a tiny sliver of the population transgender people represent. An estimated 1.4 million adults and 150,000 youths ages 13 to 17 identify as transgender in the United States, according to the Williams Institute, a research group at the law school of the University of California, Los Angeles. That is slightly more than one half of 1 percent of the population.

As assistant health secretary, Dr. Levine has other pressing items on her agenda — not least the coronavirus pandemic that has taken 580,000 lives in the United States.

Still, the push to restrict transgender rights is impossible for her to ignore.

Hundreds of bills intended to restrict the rights of transgender and other L.G.B.T.Q. people have been introduced in state legislatures around the country, prompting the Human Rights Campaign, an advocacy group, to declare that 2021 was on track to become “the worst year for anti-L.G.B.T.Q. legislation in recent history.” Many of those measures are directed at transgender youths, who are especially vulnerable to suicide and depression.