Mr Corbyn said although he finally acknowledged the party had catastrophically lost the election in December, he still felt he had a strong role in Ms Long-Bailey’s cabinet. When asked, he said he would be “happy to serve” in a shadow cabinet led by Ms Long-Bailey, who up against Sir Keir Starmer and Lisa Nandy in the race to replace him, the Mirror Online reports. When asked about the job offer, Mr Corbyn said: “I’ll see what it is, I didn’t know I was going to be offered anything.

“I’m happy to serve the party in any capacity.

“My whole life has been about making my contribution in Parliament, holding the Government to account and for speaking up in policy areas.”

Ms Long-Bailey said she rejected the idea she was a so-called Corbyn copy or “continuity candidate”, as some party members have dubbed her.

She also said she would offer a job to Mr Corbyn because “I love him so”.

Mr Corbyn said after visiting flood-hit Wales: “Since I became leader of the party our membership has trebled to 600,000. 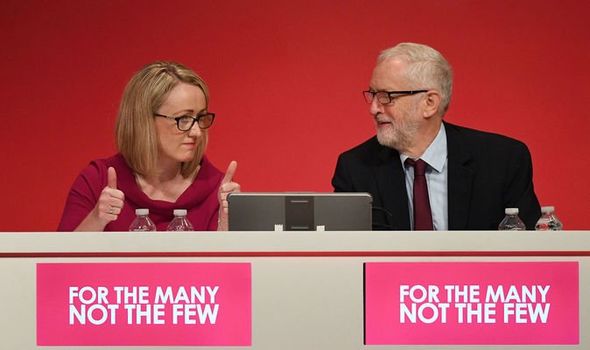 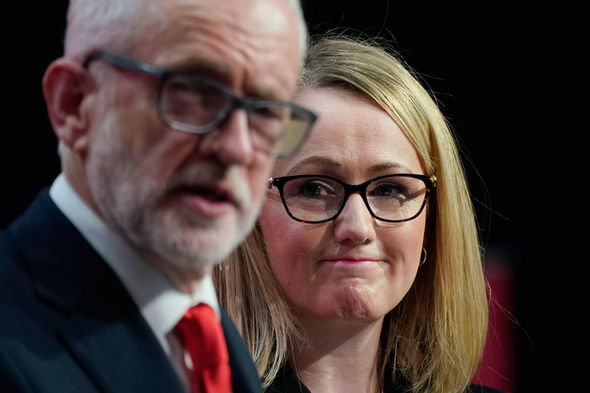 “We have developed policies which are all about sharing wealth in our society, about challenging austerity and inequality and we fought the election on those promises.

“I fully recognise we didn’t win the election, but Brexit was a chasm that was too great for us to cross during that election.

“I simply say to all those that want to analyse our party: this country is one of the most unequal in Europe.”

Ms Long-Bailey is not the only candidate gunning for Mr Corbyn’s role who wants to bring ex-leaders back to the frontbenches.

Today Sir Keir said he would welcome Ed Miliband into his own shadow cabinet, much to the dismay of Labour members. 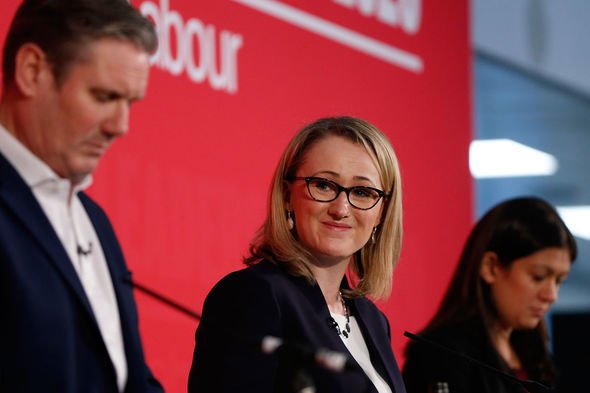 According to the Daily Telegraph, Mr Miliband is seen as a “giant on strategy” who is “highly rated” by Sir Keir.

A source told the newspaper: “He genuinely is quite a giant on strategy and he’s a big figure.

“He is a big backer of Keir and is well respected within the party.”

One joked: “I’m going to have a bacon butty to celebrate.” 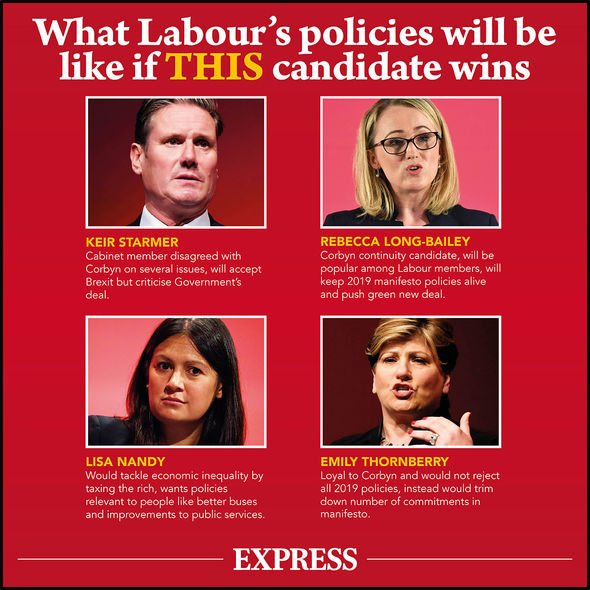 A second wrote: “It’s like he doesn’t want us to vote for him.”

Another said: “Would rather as the article suggests Rachel Reeves or Yvette Cooper for Shadow Chancellor.

“I don’t dislike Ed but I don’t think the public will take Labour serious with him as Shadow Chancellor.

“Wouldn’t mind him in another role like Environment or BEIS.”

While a fourth responded: “After all that has happened to Labour is he still tough enough?”

And a fifth added: “Things can only get better….for anyone not associated with Labour.”

Sources within the party also feel ex-Cabinet minister Yvette Cooper could in line for a return, while leadership rival Rebecca Long-Bailey is also in with a shout.

The leadership race is set to end in April.