There should be a government investigation into whether Russia interfered in the EU referendum, Tony Blair has told Sky News, as he also warned Scottish independence was a “possibility”.

He said Sir Keir, who replaced Jeremy Corbyn in April, is doing a “great job” and he speaks with him “from time to time”.

Mr Blair, who was PM from 1997 to 2007, said he did not think the vote for Brexit was down to Russian interference.

“That would be foolish in my view,” he told Ridge.

But he said it was “sensible” to ascertain whether any interference took place.

“You should know and the government should investigate for the future at any rate,” Mr Blair told the programme.

A long-awaited report from the Intelligence and Security Committee released this week found that UK spy agencies took their “eye off the ball” over Russian interference and the government “badly underestimated” the threat.

It criticised the “illogical” approach by MI5 not to fully investigate how much Moscow tried to influence the Brexit referendum because of an “extreme caution” of being seen to interfere in “democratic processes”.

Ministers “did not want to know” and “actively avoided looking for evidence”, SNP MP and committee member Stewart Hosie said in the wake of the report’s release.

Prime Minister Boris Johnson told MPs there was “no smoking gun” in the report, while the government has said a “retrospective assessment” of the referendum was “not necessary”.

Mr Johnson accused “Islingtonian Remainers” of seizing on it to cast doubt over the vote for Brexit.

Mr Blair suggested in his Sky News interview that the government had ignored the threat from Russia.

“Whether we’ve taken our eye off the ball or just decided not to put our eye on it is an interesting question,” he said.

“We live in a new world today where cyber-security is going to be a massive, massive question for government and there are governments that want to weaken the West.

“We know basically why they want to do it, and we’ve just got to make sure that they are all the time constrained.”

Downing Street has promised to give the security services extra powers to fight foreign interference, including introducing a “register of foreign agents”.

Speaking at PMQs on Wednesday, the PM said: “This government is bringing forward legislation, not only a new Espionage Act, not only new laws to protect against theft of our intellectual property but also a Magnitsky Act directly to counter individuals in Russia or elsewhere who transgress human rights.”

Mr Johnson also claimed there was “no country in the Western world that is more vigilant in protecting the interests of this country or the international community from Russian interference”.

On the question of Scottish independence, Mr Blair told Ridge that it was a “possibility”.

Mr Johnson, the former PM claimed, is “not going to be the person who is going to save the union”.

“My view of Scotland is there’s been two problems really over the last decade,” Mr Blair said.

The former PM said that Labour “went off, in my view, completely the wrong direction on Scotland” and there was “no proper opposition” to the Scottish National Party until Ruth Davidson took over the Scottish Tories in 2011.

Mr Blair, who led Labour from 1994 to when he left Number 10, was a vocal critic of Mr Corbyn’s leadership of the party.

By contrast, he has praised Sir Keir since he won the top job earlier this year.

Mr Blair told Ridge he has “made the Labour Party competitive again”.

“There is still a long way to go on policy but he’s made a really impressive start,” he said. 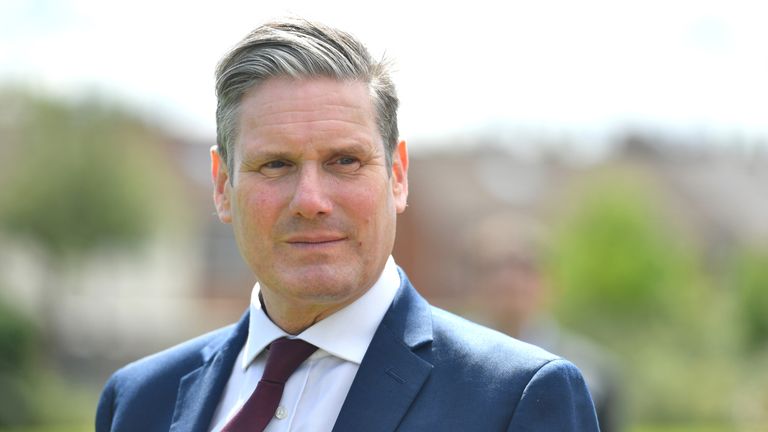 But he warned Sir Keir to handle the issue of possible tax rises carefully.

“The public out there… are probably worried that you are going to raise taxes so you’ve just got to be mindful of that concern,” Mr Blair cautioned.

“There is a policy agenda out there that is what I call radical but sensible and that’s where the Labour Party’s got to go to and I think there is much more talent on the front bench now and Keir is obviously, as I say, he’s a sensible, serious guy and we’ve got the time to get it right.”

Although he has been out of office for 13 years, Mr Blair has remained involved in British politics.

He made frequent interventions on the issue of Brexit and has in recent months contributed to the debate surrounding the government’s response to the coronavirus pandemic.