WASHINGTON (Reuters) – Top U.S. health authorities will testify on Tuesday to a Senate committee looking into plans for reopening the nation’s businesses, schools and other sectors of the economy closed because of the novel coronavirus pandemic, as experts recommend doing so cautiously. 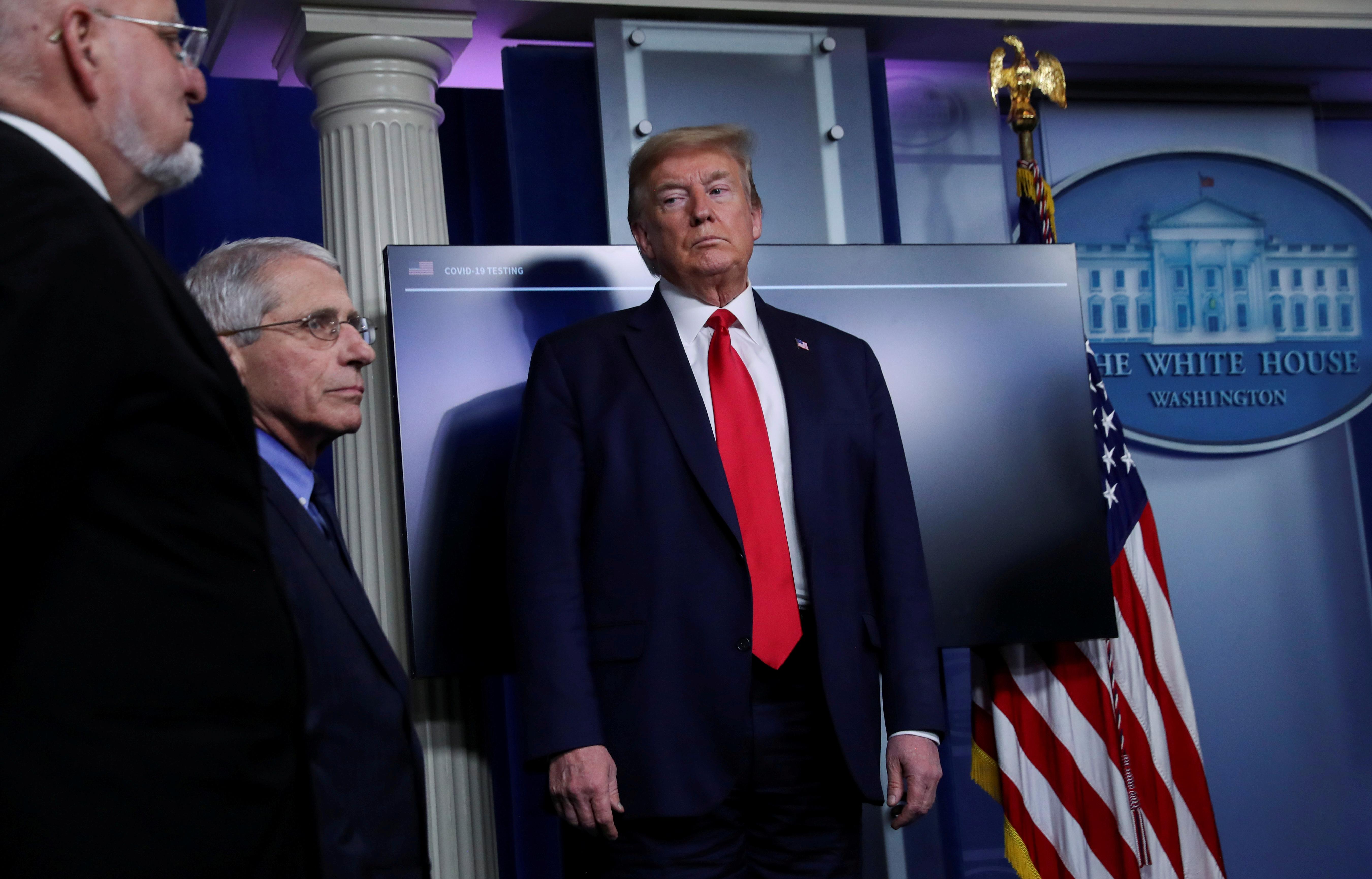 National Institute of Allergy and Infectious Diseases Director Anthony Fauci plans to warn against the risks of reopening the economy too soon, saying states that forge ahead without meeting administration guidelines for declining cases first will risk lives and economic recovery, the New York Times reported.

“If we skip over the checkpoints … we risk the danger of multiple outbreaks throughout the country,” Fauci, the nation’s top infectious disease expert, told the news outlet. “This will not only result in needless suffering and death, but would actually set us back on our quest to return to normal.”

Each of the witnesses will testify remotely at Tuesday’s hearing, according to a committee aide. The virus is shaking the nation’s capital, with two known cases of infection emerging inside the White House and leading top U.S. health officials to isolate themselves as a precaution.

Fauci, Redfield and Hahn have been taking self-quarantine steps after announcements they had come into contact with someone who tested positive for the virus, which causes the highly contagious respiratory disease COVID-19.

Senate Health, Education, Labor and Pensions Committee Chairman Lamar Alexander is also self-quarantining in his home state of Tennessee for 14 days after a member of his staff tested positive. He will chair the hearing virtually, his office said on Sunday.

The shuttering of businesses to combat the spread of the coronavirus has led to mass layoffs of workers, sparking the greatest economic disruption to the United States since the Great Depression nearly a century ago.

Republican President Donald Trump, who previously made the strength of the economy central to his pitch for his November re-election bid, has encouraged states to reopen businesses that had been deemed non-essential amid the pandemic.

So far, his administration has largely left it to states to decide whether and how to reopen. State governors are taking varying approaches, with a growing number relaxing tough restrictions enacted to slow the outbreak, even as opinion polls show most Americans are concerned about reopening too fast.

But Trump and his task force coordinating Washington’s response to the coronavirus have faced questions on how U.S. workers will be kept safe during reopening, especially after two staffers working within the White House tested positive for the virus.

One of the staffers is Vice President Mike Pence’s press secretary, Katie Miller, the wife of senior Trump adviser Stephen Miller. The other is a valet to the president.

So far, the coronavirus has killed more than 80,000 people in the United States, the highest death toll of any country. Some experts say testing for the virus in most parts of the country continues to fall short of what would be needed to safely reopen.

Senate Democrats, including Patty Murray, her party’s senior member on the Senate health committee, called on Trump to allocate $25 billion in funding to ramp up testing.

Fauci’s appearance at the Republican-controlled Senate committee comes after the White House blocked the 79-year-old infectious disease expert from testifying to a Democratic-controlled House of Representatives panel, calling it “counterproductive.”

House Speaker Nancy Pelosi is expected to unveil a sweeping coronavirus-response bill, possibly this week, that would likely provide more funding for testing, new state and local government aid and another round of direct payments to people to help them meet their daily living costs.

Congress has already passed trillions of dollars in emergency relief. Senate Republicans, some of whom have expressed doubts about the need for more federal aid, are scheduled to meet with Trump at the White House later on Tuesday.