WASHINGTON (Reuters) – President Donald Trump’s campaign said on Wednesday it plans to open information centers for black voters in 15 cities in battleground states in hopes of increasing support for the Republican president’s re-election bid among a key Democratic constituency. 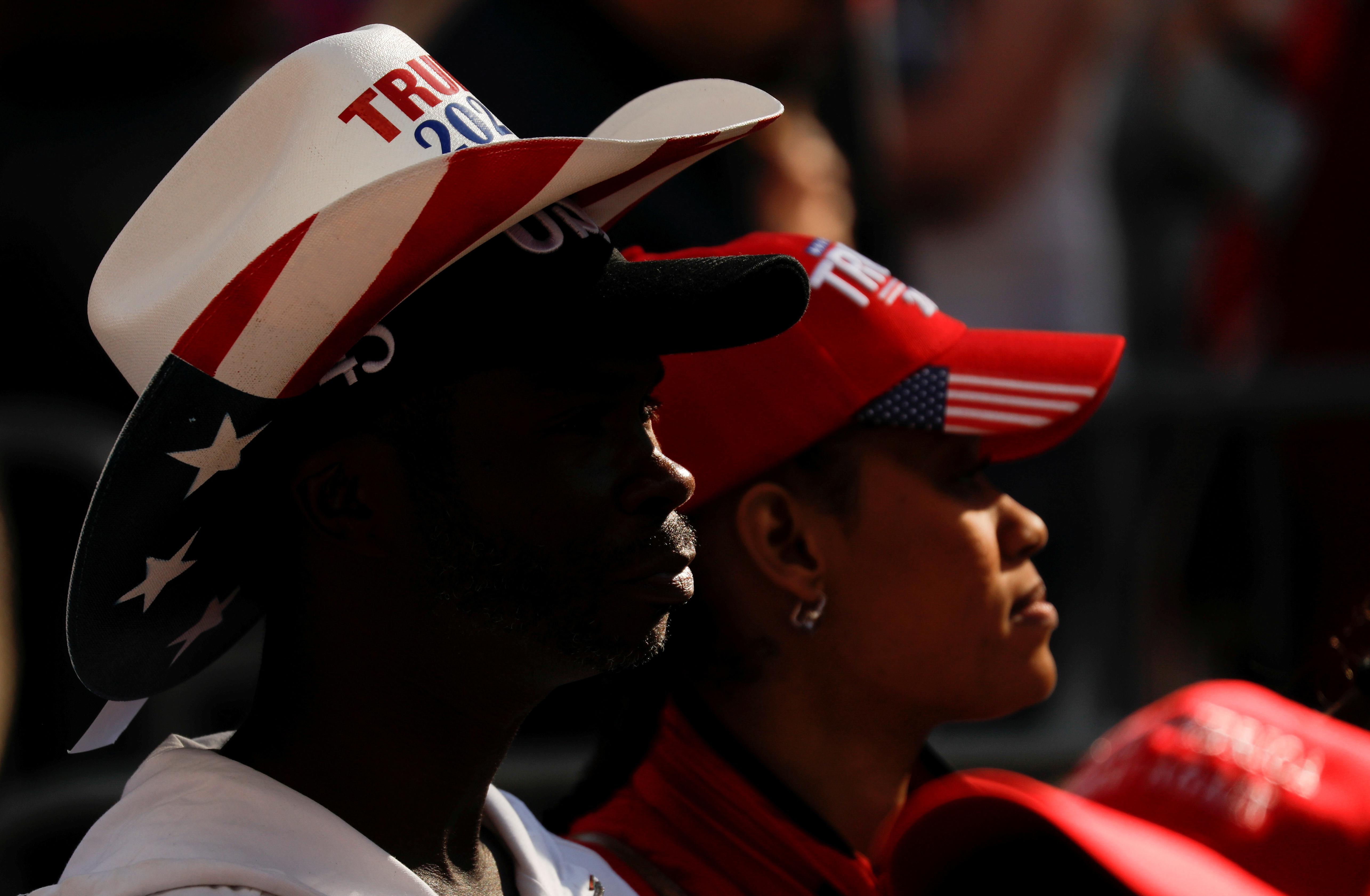 Trump has a steep hill to climb winning over black voters. According to a Reuters/Ipsos opinion poll from Feb. 19-25, 15% of African Americans said they approved of Trump’s performance in office, while 79% disapproved and 6% were not sure.

In the 2016 election, only 8% of African Americans voted for Trump versus 89% for Democrat Hillary Clinton, according to a Reuters/Ipsos Election Day poll.

But Trump senior advisers believe he can increase his support in the black community ahead of the Nov. 3 election because of the president’s record on economic growth, prison reform legislation and his support for historically black colleges.

Trump campaign manager Brad Parscale told reporters that in terms of polling and support in the black community: “At minimum, we’re double from where we were in 2016.”

The Trump campaign selected the sites for the information centers with battleground states in mind. They will be located in Florida, Georgia, Michigan, Ohio, Pennsylvania, North Carolina and Wisconsin, all states that will be critical in whether Trump wins a second term.

“This is just an opportunity to be in those communities,” said a senior campaign adviser. “The next stage is to go there and to campaign, and the president is going to campaign aggressively for all votes.”

The campaign did not give a cost for the centers, which will offer campaign literature and some merchandise.

There are Democratic efforts planned to thwart increasing attraction by young black men, in particular, to Trump, even though a majority of those voters still view the president unfavorably.

Whether Trump will be able to get a sizable increase among African-American voters is far from clear. Many were outraged at his response to a deadly white nationalist protest in Charlottesville, Virginia, in 2017.

Trump drew strong criticism in the days after the Charlottesville rally for equating white supremacists with counter-protesters and saying that “both sides” were to blame.

The Feb. 19-25 poll found black voters to be heavily supportive of Democratic candidates in the presidential contest. If Senator Bernie Sanders becomes the nominee, 79% of black registered voters said they would vote for him versus 7% for Trump.