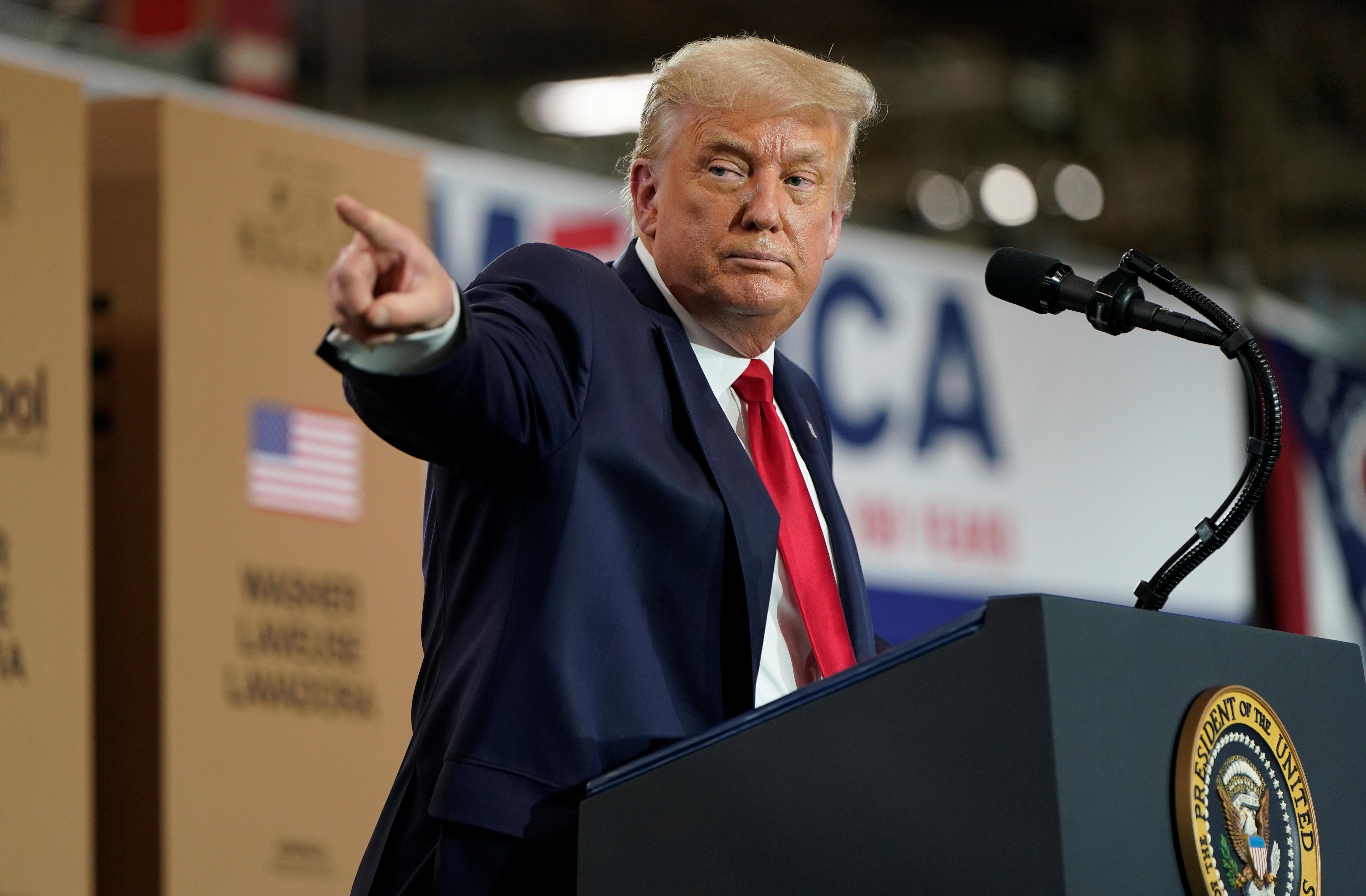 In rejecting the request, the Commission on Presidential Debates said it remains committed to the current schedule of three 90-minute debates beginning in late September.

It would only add a fourth debate, or move an existing debate to earlier in the month, if both sides in the campaign for the Nov. 3 election agreed to it, it said.

Trump’s personal lawyer Rudy Giuliani had asked for either a fourth debate in the first week of September or for the first debate to be moved up from Sept. 29 because voters in some states would already be able to cast votes before then.

The commission said voters will have a choice whether to watch a debate before casting a ballot, adding voters “are under no compulsion to return their ballots before the debates.”

Trump, a Republican, is trailing Biden in most national opinion polls.

The battleground state of North Carolina is scheduled to begin sending out mail-in ballots to registered voters who requested them on Sept. 4, with several other states to follow in September. A massive surge in mail-in voting is expected because of fears the coronavirus may spread at public polling places.

In a response to the commission, Giuliani said the campaign was “disappointed” by the rejection and still believed Americans deserve to see the candidates “compare their records and visions for the United States before actual voting begins.”

The Biden campaign said it was pleased Trump had accepted the commission invitation to debate.

“As we have said for months, the commission will determine the dates and times of the debates, and Joe Biden will be there,” Biden campaign spokesman TJ Ducklo said.

Related posts:
Best News
Man dies in Lake to Sea Trail Ride school fundraiser in Milton, Otago
Sacha Baron Cohen, dark clown
Driver hands himself into police after killing popular vet nurse in tragic crash
BBC Weather: Storm Aiden to bombard Europe as heavy winds and torrential rains strike
England Weighs Another Nationwide Virus Lockdown
Recent Posts
This website uses cookies to improve your user experience and to provide you with advertisements that are relevant to your interests. By continuing to browse the site you are agreeing to our use of cookies.Ok