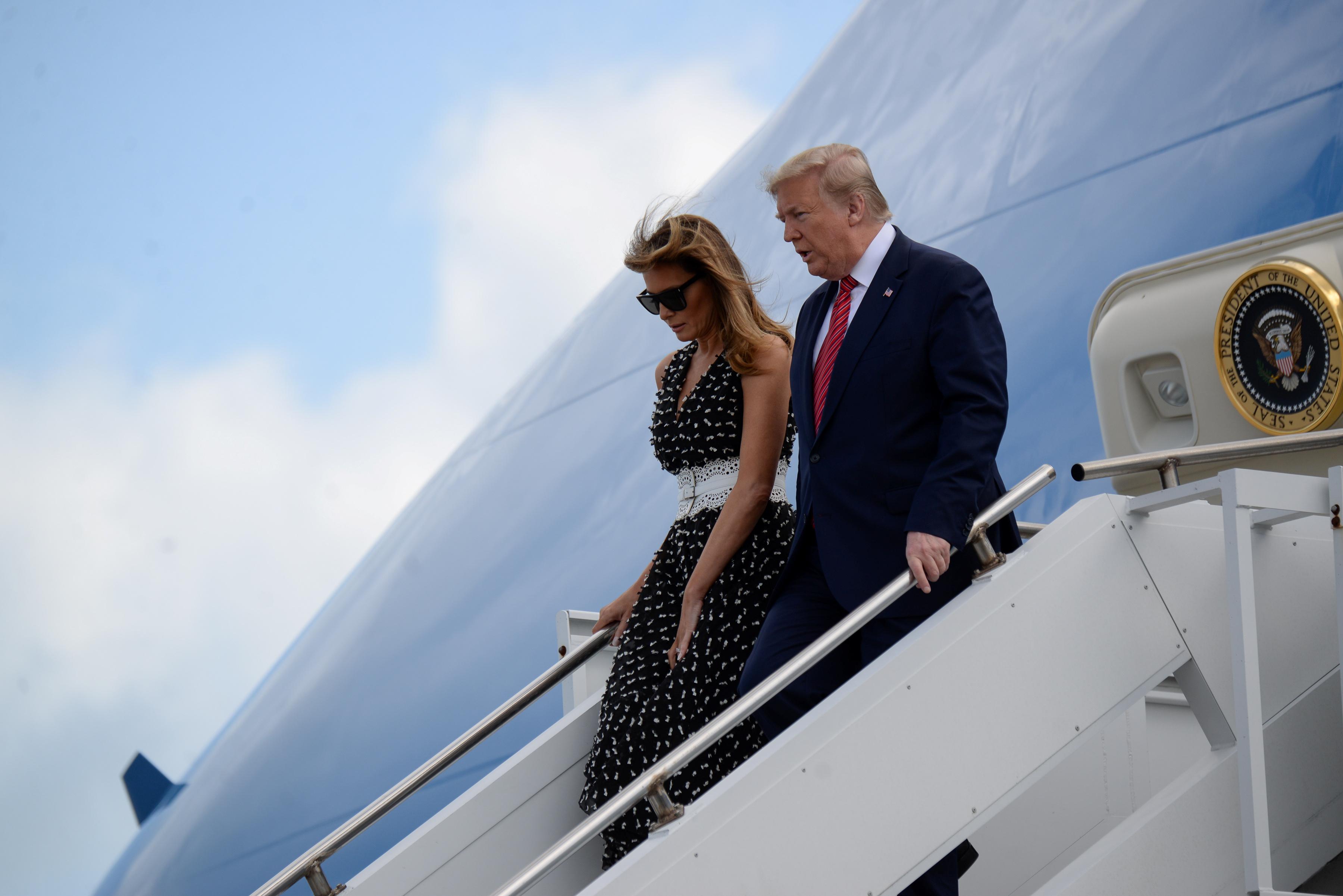 DAYTONA BEACH, Fla. (Reuters) – President Donald Trump made a showy entrance at the Daytona 500 on Sunday, riding in his limousine on the speedway track after flying over the cheering crowd aboard Air Force One ahead of NASCAR’S most prestigious race.

Ramping up his nationwide re-election effort after his acquittal in the U.S. Senate impeachment trial, Trump will serve as the Grand Marshall at the annual National Association for Stock Car Auto Racing (NASCAR) event, which takes place in the crucial political swing state of Florida.

After his motorcade made its way round part of the track, Trump took a break to take pictures with supporters. He is expected to be driven a full lap in his limousine, known as “the Beast,” before the race begins and deliver the opening line: “Drivers, start your engines” at the Daytona International Speedway before a 100,000-strong crowd.

Many people in Trump’s conservative base are NASCAR fans, and Trump’s campaign is taking advantage of the president’s appearance to fly an aerial banner near the speedway and run a television ad during the Fox broadcast of the race.

“NASCAR fans are patriots who support the president in huge numbers, so we definitely wanted to communicate directly with them about Keeping America Great during the Great American Race,” 2020 campaign manager Brad Parscale said in a statement.

Previous presidents who have attended NASCAR events at the speedway include Ronald Reagan, George H.W. Bush and George W. Bush.

Florida is one of a handful of U.S. states that swing between Democrats and Republicans in presidential elections. Trump won the state, where he has golf courses and a home that is now considered his primary residence, in his race against former Secretary of State Hillary Clinton in 2016.

Trump plans a fundraising swing and political rallies in western states later this week. He spent the weekend at his Mar-a-Lago resort in Palm Beach.