WASHINGTON (Reuters) – President Donald Trump on Sunday called for an investigation into an apparent leak of classified intelligence on Russian interference in the 2020 U.S. presidential campaign, and said it was meant to hurt Democratic presidential candidate Bernie Sanders. 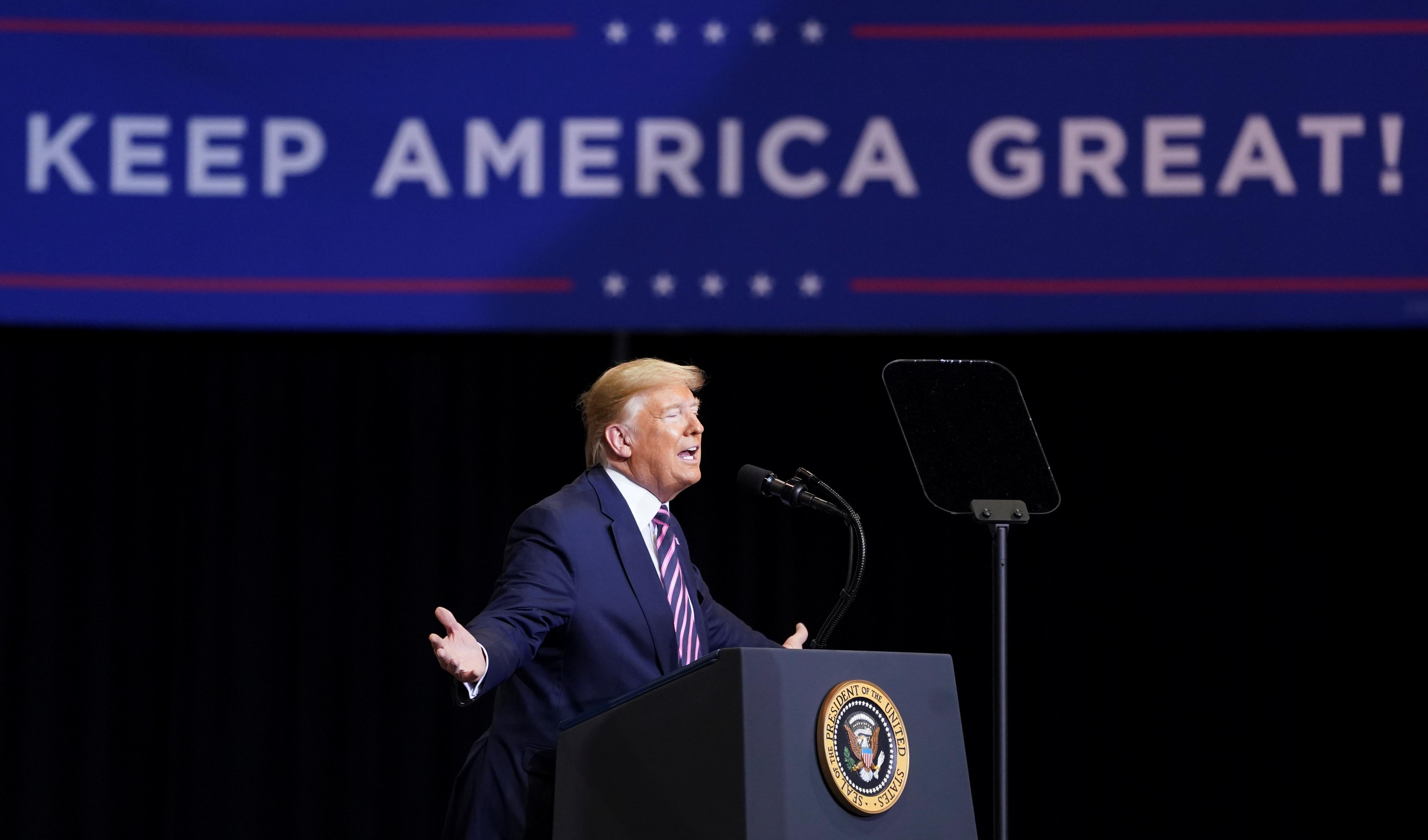 Speaking to reporters as he left the White House for a trip to India, Trump said he had not been briefed on intelligence that Russia was aiming to boost the campaign of Sanders, a U.S. senator from Vermont, and he took aim at a key Democratic lawmaker and foe for allegedly spreading the information.

A congressional source told Reuters on Friday that intelligence officials had told lawmakers Russia appears to be engaging in disinformation and propaganda campaigns to help both Sanders and Trump, who is seeking re-election.

“I read where Russia is helping Bernie Sanders. Nobody said it to me at all. Nobody briefed me about that at all,” Trump said.

“They leaked it, Adam Schiff and his group, they leaked it to the papers and – as usual – they ought to investigate Adam Schiff for leaking that information,” Trump said, without providing any evidence to back up his claims.

Schiff, a Democrat, served as the lead prosecutor in Trump’s impeachment trial in the U.S. Senate and the two men have an antagonistic relationship.

The president has repeatedly cast doubt on U.S. intelligence findings that Russia intervened to help him in the 2016 presidential election against Democratic candidate Hillary Clinton, the former secretary of state.

By raising questions about the latest findings, Trump appears to be seeking to boost Sanders, who is now the front-runner for the 2020 Democratic presidential nomination. As a self-described democratic socialist, Sanders is a candidate Trump would like to take on in a general election to bolster his argument that Democrats are pushing a socialist agenda.

Trump has long argued that the Democratic Party favored Clinton unfairly over Sanders in the 2016 primary race, an issue that still divides the Democratic base.

“I think what it could be is, you know, the Democrats are treating Bernie Sanders very unfairly and it sounds to me like a leak from Adam Schiff because they don’t want Bernie Sanders to represent them. It sounds like its (2016) all over again for Bernie Sanders,” Trump said.

Other administration officials have cast doubt on reports that Russia was trying to help Trump again this year.

“I haven’t seen any intelligence that Russia is doing anything to attempt to get President Trump re-elected,” White House National Security Adviser Robert O’Brien told ABC’s “This Week.”