The Justice Department’s investigation of the Capitol attack, already the largest it has ever conducted, has resulted in 900 arrests, with the potential for scores or hundreds more to come. 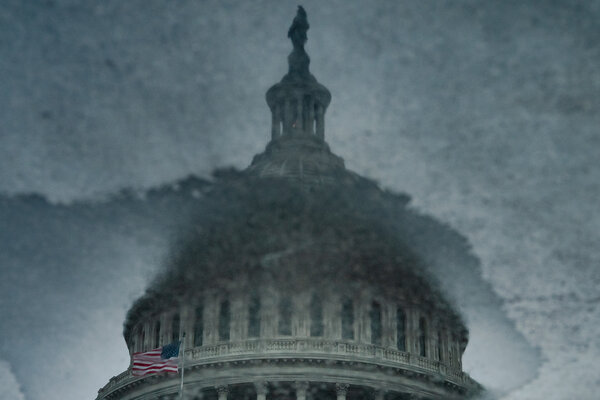 WASHINGTON — The investigation into the storming of the Capitol is, by any measure, the biggest criminal inquiry in the Justice Department’s 153-year history.

In chasing leads and making arrests, federal agents have already seized hundreds of cellphones, questioned thousands of witnesses and followed up on tens of thousands of tips in an exhaustive process that has resulted so far in more than 900 arrests from Maine to California.

But the inquiry, as vast as it has been, is still far from complete: Scores, if not hundreds, more people could face charges in the year — or years — to come, spread out over the course of many months so as not to flood the courts.

The Capitol siege investigation, as the government likes to call it, has been, among other things, a highly publicized and sophisticated effort to bring to justice extremist groups like the Proud Boys and the Oath Keepers militia. Both played central roles in attacking the Capitol and disrupting a pillar of American democracy on Jan. 6: the lawful transfer of presidential power.

But it has also lumbered on at a quieter level, with a series of less prominent trials and arrests that have touched the lives of more ordinary people: the members of the mob who may not have planned for violence but nonetheless broke into the Capitol that day — many after falling victim to the lies about election fraud spread by President Donald J. Trump.

At the same time, the inquiry into what happened at the Capitol has served as the backdrop to the special counsel investigation that is examining the roles that Mr. Trump and several of his aides and lawyers played in a broader attempt to overturn the results of the election. That investigation, which has so far rested largely on cellphone seizures and grand jury subpoenas, will ultimately have to determine whether Mr. Trump’s norm-shattering efforts to remain in power actually violated any federal laws.

No matter where these inquiries end up, the attempts to fully understand the events leading up to Jan. 6 and to hold accountable those who inspired or took part in them has already tested the Justice Department, straining its resources, pushing it into novel legal territory and exposing it to vehement political attacks.

But over and over, the judges who have overseen criminal cases in Federal District Court in Washington have asserted that the exertions have been worth it.

“People need to ask themselves what conditions could have created that to happen and be honest with yourself when you’re asking the question,” Judge Amit P. Mehta said of Jan. 6 at a hearing in September.

“We cannot function as a country,” he went on, “if people think they can behave violently when they lose an election.”

Understand the Events on Jan. 6

As of Wednesday, about 950 people had been charged in connection with the storming of the Capitol.