WASHINGTON (Reuters) – A U.S. judge on Tuesday signaled skepticism toward a bid by Roger Stone, a longtime adviser to President Donald Trump, to win a new trial based on claims that the jury forewoman was biased, even as Trump assailed her again on Twitter. 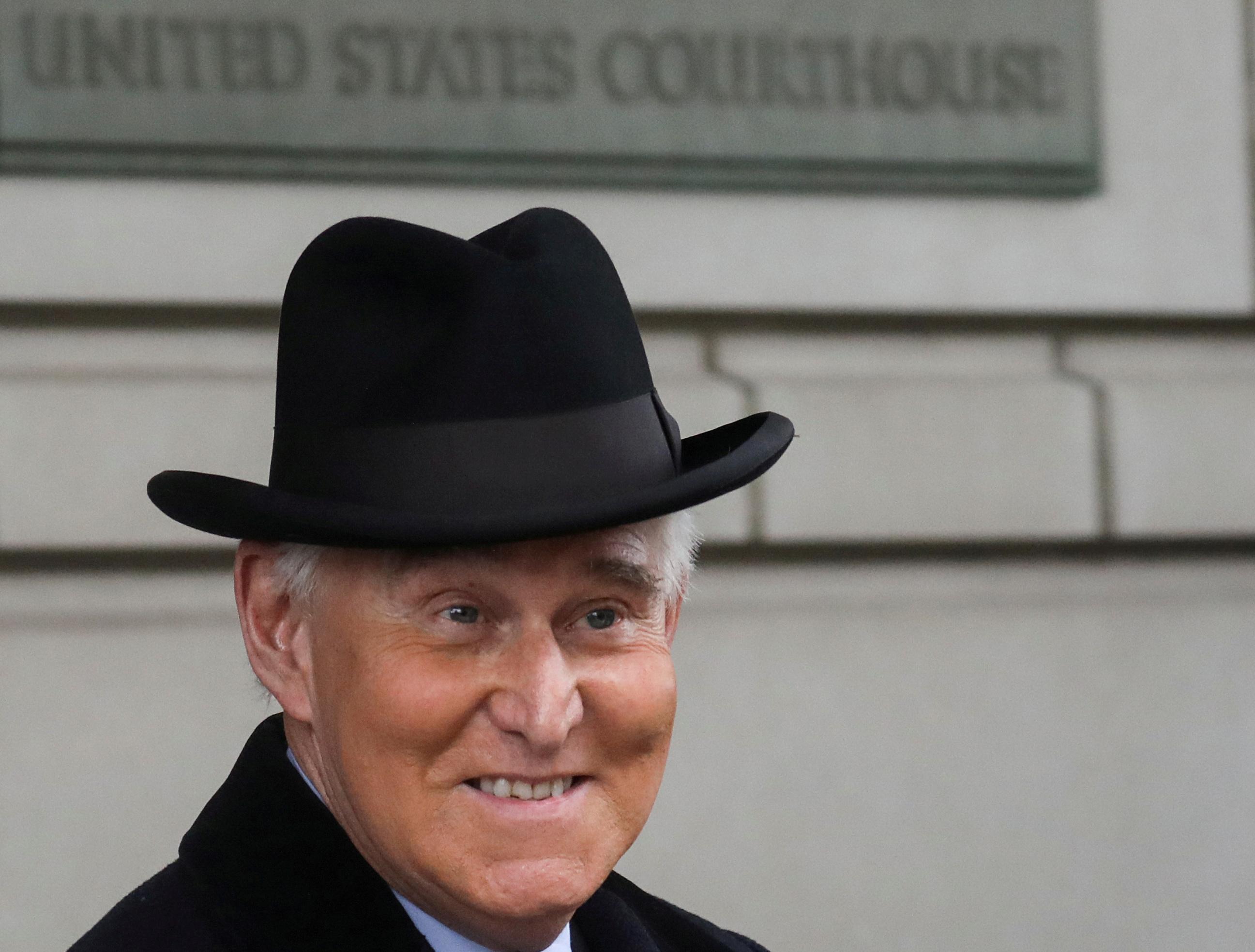 Stone, a veteran Republican operative, was convicted by a jury in November of lying to Congress, obstruction and witness tampering

U.S. District Court Judge Amy Berman Jackson, who on Thursday sentenced Stone to three years and four months in prison, called two jury members and the forewoman accused by Stone of bias to the witness stand to testify in a hearing that lasted more than four hours.

Stone’s attorney Seth Ginsberg questioned the forewoman about comments she posted on social media, her answers to a jury selection questionnaire and about whether she read media coverage of the case during the trial.

One of her social media posts before the case began linked to an article that referenced Stone’s arrest last year, and the juror wrote, “Brought to you by the lock her up peanut gallery,” referring to “lock her up” chants by Trump supporters in 2016 about his Democratic election opponent, Hillary Clinton.

Most of her posts cited by Stone’s lawyers were not about the Stone case but related to Trump policies or Special Counsel Robert Mueller’s investigation into Russian interference in the 2016 election.

She also sent some tweets on days when the trial occurred but none related to the case.

Jackson did not rule on the motion for a new trial on Tuesday, but she repeatedly cast doubt on Ginsberg’s claims that the forewoman’s views about the president implied bias against Stone in a criminal trial.

“Having an opinion about the president and some or even all of his policies does not mean that she couldn’t fairly or impartially judge the evidence against Roger Stone,” Jackson interjected at one point.

The judge said the identities of the jurors who testified should not be made public to protect their safety. She emptied the courtroom, did not refer to them by name or juror number and limited media to listening to audio of the hearing.

A male and a female juror testified that the forewoman never discussed politics or media articles about the case during deliberations and said she acted appropriately at all times.

“You don’t have any facts she was reading things she wasn’t supposed to read during the trial?” Jackson asked Ginsberg at one point, to which Ginsberg conceded he lacked any such direct evidence.

Trump has said the jury forewoman was “tainted,” accusing her of being an “anti-Trump activist.” The Republican president also has attacked the original prosecutors in the case and Jackson herself.

Jackson condemned Trump’s comments at the hearing, saying they helped fuel threats against the jury, violated their privacy and could deter others from wanting to serve as jurors.

“This is a highly publicized case and in a highly polarized political environment in which the president himself has shone a spotlight on the jury,” Jackson said, adding that the jurors who testified faced an “extremely high” risk of harassment.

But Trump attacked the forewoman again during the hearing on Tuesday, writing on Twitter she “was totally biased, as is the judge.”

Trump’s latest Twitter comments came two weeks after U.S. Attorney General William Barr, his own appointee, rebuked the president for prior remarks about the case including assailing the prosecutors for a “miscarriage of justice” after they urged Jackson to sentence Stone to seven to nine years in prison.

The four prosecutors quit the case after Barr and senior Justice Department officials retracted the sentencing recommendation in the wake of Trump’s criticism.

The charges against Stone stemmed from Mueller’s investigation that detailed Russian meddling in the 2016 election to boost Trump’s candidacy. Stone was accused of lying to U.S. lawmakers investigating the Russia election interference.