A post Brexit fishing agreement with Norway was not agreed before the start of the year. Fisheries were therefore required to stop catching cod and haddock in Norwegian waters and have been forced to remain in port.

However, a breakthrough on the issue is now imminent according to Mr Eustice, who said an agreement could be reached within a fortnight.

Speaking in the House of Commons today, he said: “It’s not unusual for fishing negotiations in the annual negotiations to go into January.

“This year there’s obviously been the very special circumstance that the Withdrawal Agreement came late but in 2014 access was suspended while negotiations with Norway continued through January.

“We would anticipate that these negotiations would conclude within the next couple of weeks and then access for Arctic cod, should that be agreed in the agreement, could be resumed.” 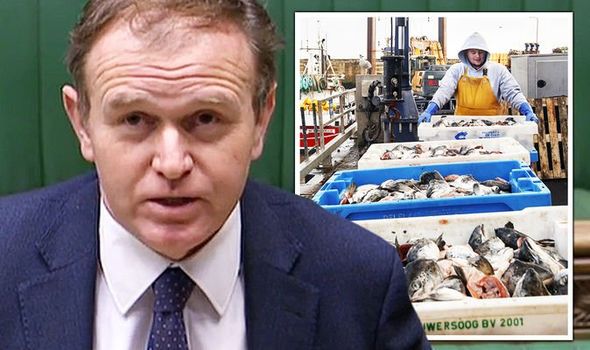 An interim agreement was reached between the two countries last week that allows British fisheries to catch a quota of 2,750 tonnes of cod in Norwegian waters up until the end of March.

The new agreement is expected to give the UK access to a significantly larger catch than the current interim deal.

Each year the UK catches approximately £32million worth of fish in Norwegian waters.