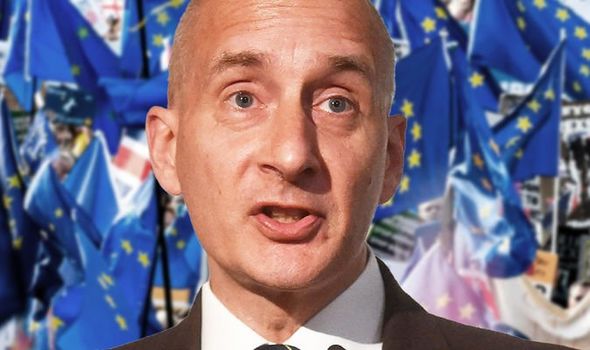 The Labour peer and pro-EU campaigner who chairs the European Movement (EM) has been accused of being “undemocratic” and “undermining any chance EM can lead a rejoin referendum in the future.”

The row has come over a review of EM’s structures aimed at trying to make it more streamlined and end a situation where non-members could have voting rights in the organisation.

An insider told the Sunday Express that supporters of the reforms were concerned that EM is in danger of ending up with its own version of Labour’s Momentum because “a fanatical fringe” of non-member groups could have a disproportionate influence or control on the organisation.

An email from National Executive member Nick Hopkinson has also raised concerns that EM members are worried about governance of data and money in the organisation.

Despite 72 percent of branches backing the changes, Lord Adonis, who narrowly beat former Tory MP Dominic Grieve to the chairmanship, has decided to ignore the result and reconsider the reforms in six months time.

A senior EM source told the Sunday Express: “Just like the referendum in 2016, it seems Adonis is arguing again that the majority should be ruled by the minority. It’s not going to win hearts and minds or help the rejoin cause.”

In a furious email, Mr Hopkinson said: “Continued poor governance is undermining the EM. Once this horrific pandemic recedes, we should be ready to campaign, not continue to navel-gaze. We should be fighting fit, not fit for fighting.”

Responding in an email to Mr Hopkinson, he described the review as “horribly divisive”.

He said: “I agree with Andrew that this hugely controversial proposal to divide our groups should be dropped forthwith. Let’s concentrate on looking outwards, growing our membership and branch network and raising the profile of EM by making the case for ‘Step by Step to Rejoin’.”

The Sunday Express approached the European Movement for a comment but received no reply.