Joe Biden leads President Trump, 50 percent to 41 percent, a New York Times/Siena College poll shows, with voters favoring him by wide margins on the coronavirus and law and order. 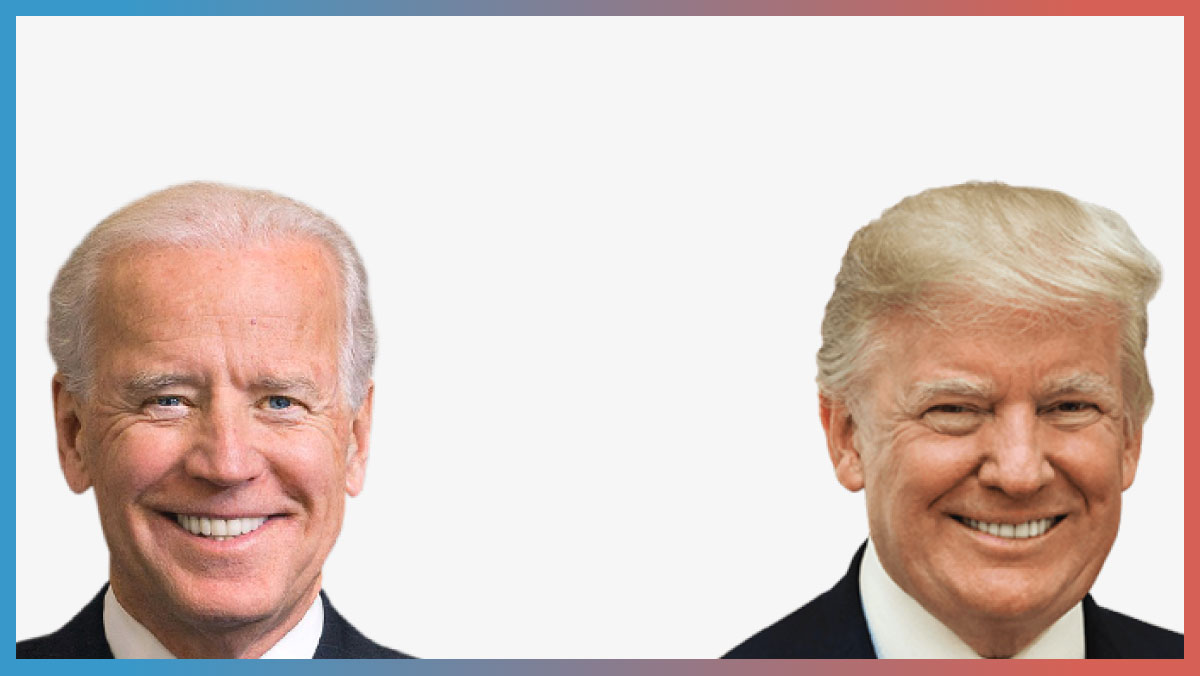 Based on a New York Times/Siena 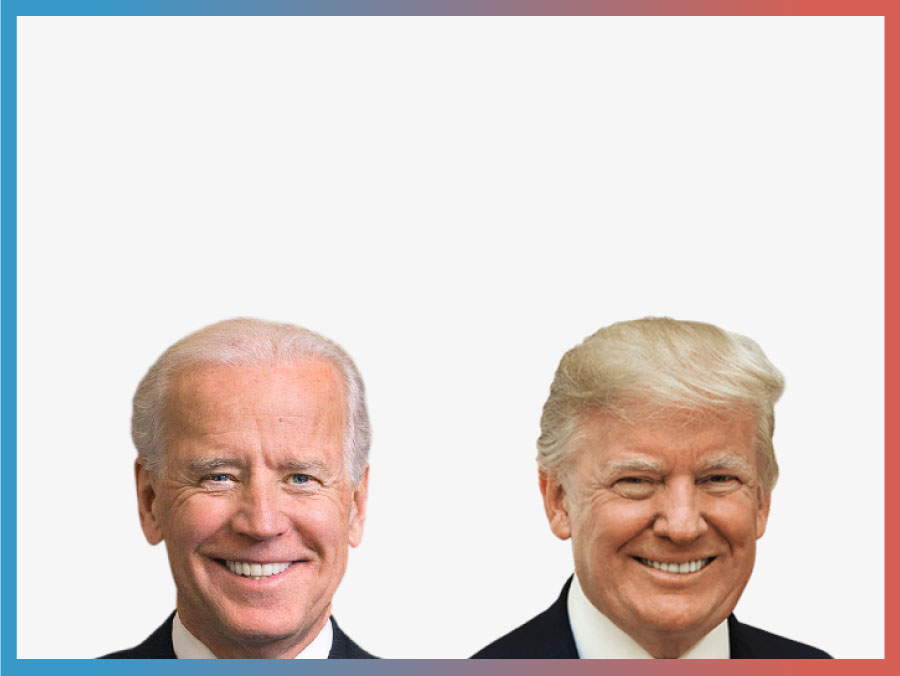 Based on a New York Times/Siena College poll of 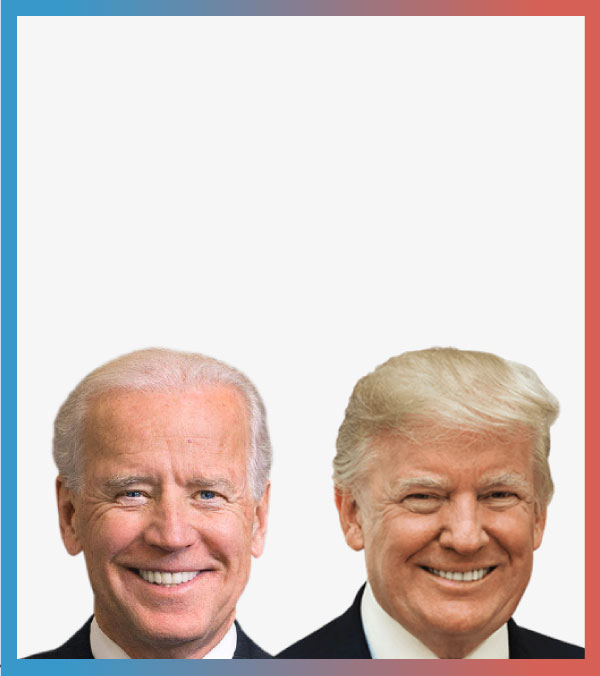 Based on a New York Times/Siena College poll

By Alexander Burns and Jonathan Martin

Joseph R. Biden Jr. holds a nine-point lead over President Trump amid widespread public alarm about the trajectory of the coronavirus pandemic and demand among voters for large-scale government action to right the economy, according to a national poll of likely voters conducted by The New York Times and Siena College.

With just two weeks left in the campaign, Mr. Trump does not hold an edge on any of the most pressing issues at stake in the election, leaving him with little room for a political recovery absent a calamitous misstep by Mr. Biden, the Democratic nominee, in the coming days. The president has even lost his longstanding advantage on economic matters: Voters are now evenly split on whether they have more trust in him or Mr. Biden to manage the economy.

Over all, Mr. Biden is backed by 50 percent of likely voters, the poll showed, compared with 41 percent for Mr. Trump and 3 percent divided among other candidates.

Most of all, the survey makes clear that crucial constituencies are poised to reject Mr. Trump because they cannot abide his conduct, including 56 percent of women and 53 percent of white voters with college degrees who said they had a very unfavorable impression of Mr. Trump — an extraordinary level of antipathy toward an incumbent president.

His diminished standing on economic matters and law and order is a damaging setback for the president, who for much of the general election has staked his fortunes on persuading Americans that a Biden administration will leave them impoverished and unsafe. But that argument has not managed to move the electorate in his direction.

Nor, according to the poll, have Mr. Trump’s efforts to tarnish Mr. Biden’s personal image and make him unacceptable to swing voters. Fifty-three percent of voters said they viewed Mr. Biden in somewhat or very favorable terms, compared with 43 percent who said the same of Mr. Trump.

A majority of voters said they saw Mr. Trump unfavorably, with 48 percent viewing him very unfavorably.

The margin of sampling error for the poll, which was conducted from Oct. 15 to 18, was 3.4 percentage points.

Part of the shift away from Mr. Trump on the economy may stem from voters’ urgent hunger for new relief spending from the federal government — which Mr. Trump has nominally endorsed but which he has not sought actively to extract from congressional Republicans.

Seven in 10 voters, including more than half of Republicans, said they wanted to see a new multitrillion-dollar stimulus program that includes government support for citizens and emergency help for state and local governments. There is also widespread public support for a $2 trillion renewable energy and infrastructure package that Mr. Biden has proposed as a form of economic stimulus.

Do you support or oppose each of the following:

Based on a New York Times/Siena College poll of 987 likely voters in the United States from Oct. 15 to 18. Figures may not add up to 100 percent because of rounding.

Michael Zemaitis, an independent voter in Minnesota, said that he did not have complete confidence in Mr. Biden but that he saw him as a clearly superior option to Mr. Trump when it came to the pandemic and the economy.

“I guess I would say I have 70 percent confidence in him,” said Mr. Zemaitis, 49, who said he believed a Democratic administration would better handle the coronavirus pandemic. “Once that is dealt with, the economy will fall back into line.”

Voters have also been unpersuaded by Mr. Trump’s insistence, in defiance of public facts, that the coronavirus is receding as a problem. A slim majority of voters said they believed that the worst of the pandemic was yet to come, compared with 37 percent who said the worst was over.

But many voters also seem to be separating their personal well-being from their views on the state of the country. About half said that they were personally better off than they were four years ago, compared with 32 percent who said they were worse off. However, a clear majority of voters — 55 percent — said the country as a whole was doing worse than in 2016.

Mr. Trump retains a few important bastions of support, most notably among white voters without college degrees, who continue to favor him over Mr. Biden by 23 percentage points. But that lead is far narrower than the advantage Mr. Trump held among less-educated whites in 2016, when those voters preferred him over Hillary Clinton by 37 points.

Joe Biden leads Donald Trump among most groups, and Mr. Biden is notably ahead among voters age 45 and older, who typically lean Republican.

Based on a New York Times/Siena College poll of likely voters in the United States from Oct. 15 to 18.

Mr. Biden is on track to win with the overwhelming support of women, people of color and whites with college degrees. If women alone voted, the election would be a landslide of epic proportions: Mr. Biden is ahead of Mr. Trump among female voters by 23 points, 58 percent to 35 percent. And unlike four years ago, the Democratic nominee is leading Mr. Trump among white women by a formidable margin, 52 percent to 43 percent.

Kathryn Jorgensen, 51, a registered Republican in Brookfield, Wis., said that she did not vote for Mr. Trump in 2016 and would not do so this year. Mr. Trump, she said, has been “so divisive” throughout his tenure as president.

“The important thing is bringing the country back together and addressing the divisions affecting people like racial equity,” Ms. Jorgensen said.

A rare spot of welcome news for Republicans came on the subject of Judge Amy Coney Barrett’s nomination to the Supreme Court: While more voters said they would like to see Mr. Biden choose future justices, rather than Mr. Trump, a plurality of voters also said that the Senate should vote on Judge Barrett’s nomination before the election.

Voters were about evenly split on Ms. Barrett as a nominee, indicating that the Supreme Court fight had not given a clear electoral advantage to either party. But a sizable number of voters — about one in seven — gave no opinion, suggesting the court fight had not become an all-consuming issue. Forty-four percent of voters supported Judge Barrett’s nomination, 42 percent opposed it, and the remainder declined to take a position.

If Mr. Bidens win the election, it remains to be seen whether he will be a compelling enough president to meld a broad array of anti-Trump constituencies into a sturdy governing alliance.

Cassandra Williams, 21, of Greenville, N.C., said she saw Mr. Biden as a flawed candidate who might nevertheless be sufficient for the moment. A college student majoring in chemistry, Ms. Williams said she hoped he would focus on the coronavirus and climate change at the outset of his presidency.

“If his opponent wasn’t President Trump, he would be a subpar candidate,” said Ms. Williams, who supported Senator Bernie Sanders of Vermont in the Democratic primary race.

The poll shows that Mr. Trump is facing widespread rebuke because he has not met the great challenge of his presidency.

Even more striking was the disconnect between Mr. Trump’s cavalier approach toward wearing a mask to guard against the virus and the broad support to mandate the practice in public.

Voters supported mandatory mask-wearing, 59 percent to 39 percent over all, and among women support for a mandate grew to 70 percent. Among voters over 65, 68 percent favored it, and even about 30 percent of Republicans said they backed a nationwide requirement.

There was also hesitation on taking an eventual vaccine for the coronavirus, with 33 percent saying they would definitely or probably not take a vaccine after it was approved by the F.D.A.

Mr. Biden, if he wins, will find consensus on some of his policy priorities. Two in three voters supported allowing people to buy a health insurance plan through the federal government, a so-called public option, and the same supermajority backed Mr. Biden’s $2 trillion plan to increase the use of renewable energy and build energy-efficient infrastructure.

Even more voters, 72 percent, said they backed the sort of package House Democrats have been seeking for months to send to Mr. Trump: a $2 trillion stimulus package that would extend increased unemployment insurance, send stimulus checks to most Americans and provide financial support to state and local governments.

In a sign of how broad the support is for additional relief, and the risk congressional Republicans may be taking if they block further spending, even 56 percent of Republicans said they backed another $2 trillion package.

What may prove riskier for Mr. Biden and his party, though, is the issue that he has for weeks sought to avoid staking out a clear position on: adding more justices to the Supreme Court. The poll showed that 58 percent of voters said Democrats should not expand the court beyond nine justices, and 31 percent said they should. Opposition was even firmer among independents: Sixty-five percent of them said they were against enlarging the court.

Here are the cross tabs for the poll.