Home » Politics » What Kamala Harris Learned About Power at Howard

As a college student in the 1980s, she and fellow children of the Civil Rights movement wanted to have an impact. The answer she landed on — working inside institutions — set her on the path to the vice-presidential nomination.

Ms. Rosario, a senior at Howard University in 1982, was the only woman on the school’s debate team. Kamala Harris, a freshman, was earning a reputation at the Punch Out, a gathering place where students would argue the topics of the time — civil rights, apartheid in South Africa and the school’s complicated relationship with President Ronald Reagan.

Ms. Harris had substance, but Ms. Rosario was impressed by her style. A confidence, an intensity, a level of preparation that was rare for new students.

“She was so spirited and cogent in her arguments,” Ms. Rosario said. “I remember her enthusiasm. And I mostly remember that she was never intimidated.”

As a student at Howard, called “The Mecca” by those who know its legacy, Ms. Harris settled into the pragmatic politics that have defined her career. She participated in protests, but was a step removed from the more extreme voices on campus. She sparred with the Black Republicans on the debate team but made no secret that she thought some tactics by activists on the left were going too far. She extolled the values of racial representation, joining a generation of Black students who decided to step into the institutions — in government and the corporate world — that were unavailable to their parents.

Ms. Harris, who declined to be interviewed about her college years, said through a campaign spokeswoman that she was proud to be back at Howard — occasionally working from an office on campus during the campaign — and that the college was “a place that shaped her.”

In interviews, more than a dozen classmates and friends who knew Ms. Harris and attended Howard themselves placed their experience in the larger context of Black politics in the 1980s and a changing Washington. They were the children of the civil rights movement, the early beneficiaries of federal school desegregation, with newfound access to institutions and careers. Words like mass incarceration and systemic racism were not yet widely used, though the effects of both were becoming visible around Howard’s campus. 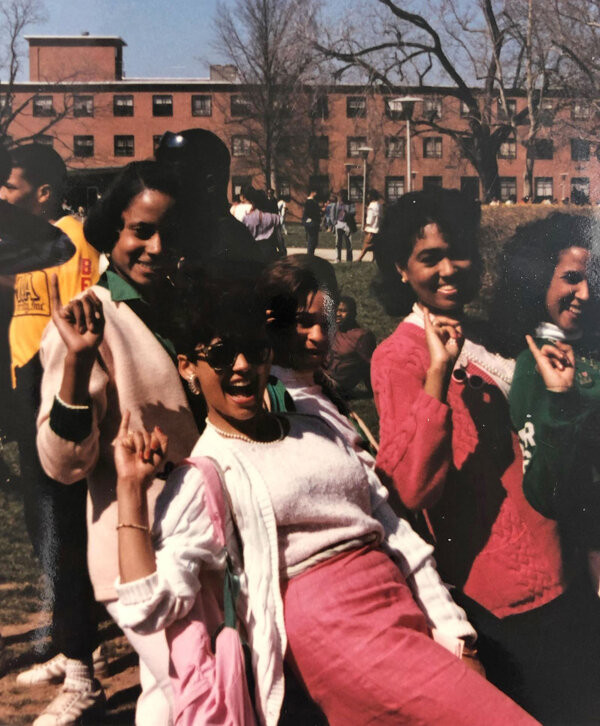 Instead, there was an overarching belief among them that increased racial representation could bend any institution to their will, that participating in a system many viewed as unjust was an important form of harm reduction. Ms. Harris has personally cited this belief in years since, including when she discusses her decision to become a prosecutor.

More than 30 years later, the power and limitations of Ms. Harris’s instinct to couple insider politics with her lens as a Black woman and first-generation American are on display as Joseph R. Biden Jr.’s running mate. On the vice-presidential debate stage last week, Vice President Mike Pence criticized her record as prosecutor, arguing that it disproportionately affected people of color.

“I will not sit here and be lectured by the vice president on what it means to enforce the laws of our country,” Ms. Harris responded, a response that is also a callback to a worldview that she formed in college. That’s when she and her classmates weighed what to do in the world and decided a system that had historically oppressed Black Americans could be made to work in their favor.

In a 2017 commencement address to Howard students, she told stories about how her presence in a prosecutor’s office created more equitable outcomes.