Home » What the Fight for D.C. Statehood Means 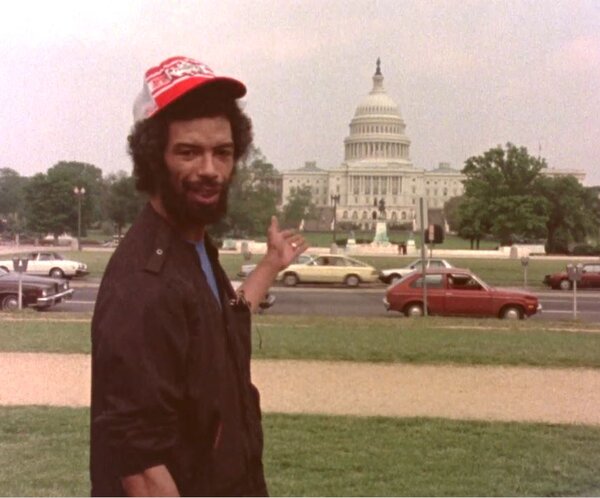 “It’s a massive irony, for all the world to see. / It’s the nation’s capital, it’s Washington, D.C.”

Those words — sung in 1981 by the poet, musician and Washington-area resident Gil Scott-Heron — sum up centuries of contradiction and frustration for residents of the nation’s capital. More than 700,000 people live at the center of the so-called free world, but they don’t have any voting representation in Congress.

Civil rights activists have long pointed to this predicament as an example of gross racial inequity: Until recently, the city’s population was predominantly Black, and it remains more heavily African-American than any state in the union.

As the city’s mayor, Muriel Bowser, said at a hearing in the House of Representatives last month, “This is anti-democratic, and it’s un-American, and it has to be fixed now.”

And today, the House Committee on Oversight and Reform took a step toward granting Bowser’s wish, as it voted to advance a bill that would grant statehood to the District of Columbia.

It still faces long odds, but with Democrats now in control of both houses of Congress, as well as the presidency, the possibility may never have seemed so real.

The bill — H.R. 51, titled the Washington, D.C. Admission Act — is sponsored by Representative Eleanor Holmes Norton, D.C.’s delegate in the House, who can propose legislation but cannot vote on it. It already passed the House last year, the first time either chamber of Congress had passed a bill to declare D.C. a state. But with Republicans then controlling the Senate, the bill went nowhere. Washington’s voters are heavily Democratic, with 92 percent of them voting for Joe Biden over Donald Trump last year.

Democrats now control only the slimmest of Senate majorities, meaning that the legislation — which is unlikely to garner any Republican support, and probably couldn’t be passed through the process of budgetary reconciliation — will have a hard time becoming law absent major filibuster reform.

Still, Representative Carolyn Maloney, the chair of the oversight committee, expressed optimism in a statement to The Times. “Thanks to Congresswoman Eleanor Holmes Norton’s decades-long fight, we have never been closer to making D.C. statehood a reality,” Maloney said.

“I recognize that H.R. 51 faces an uphill battle in the Senate,” she added, but she said she expected the bill to pass the House next week and would commit to “working with my colleagues to pass it in the Senate.”

The roots of disenfranchisement

Washington, D.C., was established at the start of the 19th century on land dotted with tobacco and grain plantations, as a concession to slaveholding Southern states whose representatives wanted to move the capital — which had been in Philadelphia — southward.

Originally, it was a small city with a relatively minor Black population, and lawmakers were mostly concerned about keeping local politicians from having too much sway over the goings-on of the federal government.

For much of the 1800s, D.C. residents were able to vote for their own local government. During Reconstruction, the city became the first place in the United States where the franchise was granted to Black residents, with the District of Columbia Suffrage Bill, passed in 1867.

But soon after that, as formerly enslaved people flooded into the city from the South, a conservative pushback stripped residents of the right to elect even their own city government. It wasn’t until the civil rights movement a century later that residents’ right to select their own mayor and City Council members — the so-called home rule — was restored.

In 1980, 60 percent of D.C. voters supported a referendum to establish a state constitution, a big step forward in the push for statehood. Voters ratified a proposed constitution two years later.

But with national politics veering rightward in those years, and many civil rights gains under attack, the statehood movement stalled out. Presidents Bill Clinton and Barack Obama both expressed nominal support for statehood, but did little to advance it.

It wasn’t until 2016, when Mayor Bowser called for a new statehood referendum, that the effort took another step forward. This time, 86 percent of voters backed a referendum to petition Congress to make D.C. the 51st state.

Here’s another massive irony for you, à la Gil Scott-Heron: After years of gentrification, Washington only recently ceased to be a majority-Black city — and only now is the push for statehood gathering steam.

Still, activists and academics say that statehood would be a major win for proponents of racial justice. “There’s no question that generations of Black activists — as well as generations of white activists, New Left activists and Catholic Worker activists — kept the statehood flame alive,” said George Derek Musgrove, a co-author of “Chocolate City: A History of Race and Democracy in the Nation’s Capital” and a professor of history at the University of Maryland, Baltimore County. “And if they succeed, keep in mind that D.C. would be the Blackest state in the union.”

For activist groups, such as 51 for 51, which has led the recent campaign for statehood, making D.C. a state would be a countervailing force against Republican efforts to limit voting rights in other parts of the country.

“There’s no question that Republicans are trying to reduce the Democratic electorate across the board,” Musgrove said. “And there’s no question that D.C. senators and representatives, if they were in the Congress, would vote against those schemes. So demographics aside, you still have a clear civil rights connection.”

Hundreds of companies and executives sign a statement opposing laws to limit voting.

Amazon, BlackRock, Google, Warren Buffett and hundreds of other companies and executives signed on to a new statement released on Wednesday opposing “any discriminatory legislation” that would make it harder for people to vote.

It was the biggest show of solidarity so far by the business community as companies around the country try to navigate the partisan uproar over Republican efforts to enact new election rules in almost every state. Senior Republicans, including former President Donald Trump and Senator Mitch McConnell, have called for companies to stay out of politics.

The statement was organized in recent days by Kenneth Chenault, a former chief executive of American Express, and Kenneth Frazier, the chief executive of Merck. A copy appeared on Wednesday in advertisements in The New York Times and The Washington Post.

Last month, with only a few big companies voicing opposition to a restrictive new voting law in Georgia, Chenault and Frazier led a group of Black executives in calling on companies to get more involved in opposing similar legislation around the country.

Since then, many other companies have voiced support for voting rights. But the new statement, which was also signed by General Motors, Netflix and Starbucks, represented the broadest coalition yet to weigh in on the issue.

“It should be clear that there is overwhelming support in corporate America for the principle of voting rights,” Chenault said.

The statement does not address specific election legislation in states, among them Texas, Arizona and Michigan, and Chenault said there was no expectation for companies to oppose individual bills.

“We are not being prescriptive,” he said. “There is no one answer.”

Frazier emphasized that the statement was intended to be nonpartisan, arguing that protecting voting rights should garner support from Republicans and Democrats alike.

“These are not political issues,” he said. “These are the issues that we were taught in civics.”

Yet in this hyperpartisan moment, the issue has become an all-out political battle, with big business caught in the middle. In just the last month, since companies started speaking out against the law in Georgia and legislation in other states, top Republicans have accused the corporate world of siding with the Democratic Party.

Lawmakers in Georgia threatened to rescind a tax break that saves Delta Air Lines, which is based in Atlanta, millions of dollars a year. Senator Marco Rubio of Florida posted a video in which he called Delta and Coca-Cola, another Atlanta company, “woke corporate hypocrites” for criticizing the Georgia law. Trump joined the calls for a boycott of companies speaking out against the voting laws. And last week, McConnell said companies should “stay out of politics.”

On Politics is also available as a newsletter. Sign up here to get it delivered to your inbox.

Is there anything you think we’re missing? Anything you want to see more of? We’d love to hear from you. Email us at [email protected].