Home » Politics » ‘Where was Boris this weekend?’ Malthouse grilled over PM’s whereabouts amid UK heatwave

Cabinet minister Kit Malthouse defended Boris Johnson’s decision not to attend a Cobra meeting on the heatwave and instead spend the weekend having a party at Chequers. As the broadcaster showed aerial footage of Mr Johnson with his guests at Chequers, Mr Malthouse said it was “completely unfair” to suggest that the Prime Minister was ducking important meetings because he would be leaving the job soon. Sky News presenter Kamali Melbourne asked: “Where was he this weekend, Mr Malthouse?”

The minister replied: “I don’t know his exact whereabouts. I briefed him by telephone.”

Mr Melbourne continued: “I can tell you. He was at chequers having a party.

“While the country was preparing for its worst heatwave in a generation, the Prime Minister was having a party at Chequers.”

Mr Malthouse continued: “I have to tell you having chaired Cobra on Saturday and then briefed the Prime Minister at 8am on Sunday, I did have some of my family around my constituency for Sunday lunch as well.” 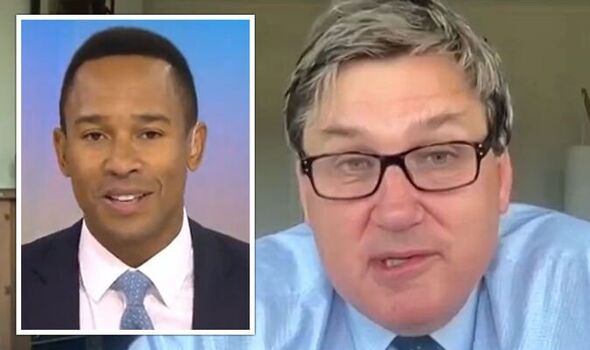 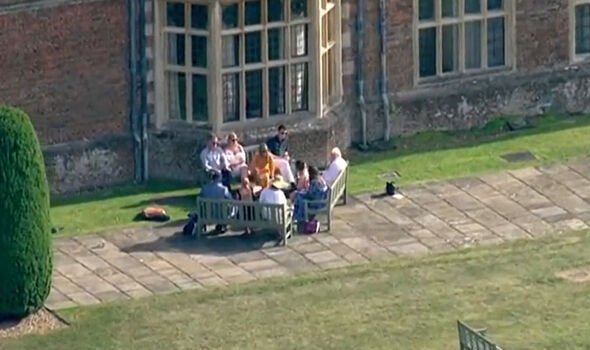 The Sky presenter added: “I know but you’re not Prime Minister, are you? Do you think the Prime Minister has just decided he’s going to be leaving the job pretty soon anyway so there’s no point in him paying attention and part of these very important meetings.”

Mr Malthouse raged: “No, I would say that’s completely unfair. We communicated on the Friday and Saturday and then I briefed him on Sunday morning.

“He’s right across this and this is a very unfair characterisation of the media around this particular issue.”

It comes as a health boss has warned that the forecast for high temperatures could result in people dying, while Deputy Prime Minister Dominic Raab said people should be resilient enough to “enjoy the sunshine”.

Heatwave: How to cope in extreme temperatures

College of Paramedics chief executive Tracy Nicholls said the “ferocious heat” the UK is predicted to experience over the next few days could have a detrimental effect on Britons.

Scorching temperatures are predicted for Monday, with Peterborough expected to hit 37C and Milton Keynes, Norwich and Lincoln set to see 36C – while temperatures could rise to 40C in London on Tuesday.

Climate attribution scientist at the Met Office Dr Nikos Christidis said the 40C prediction is a result of climate change.

The forecaster has issued an amber warning for the majority of England on Sunday, which then extends to southern Scotland and Wales from Monday until Tuesday. 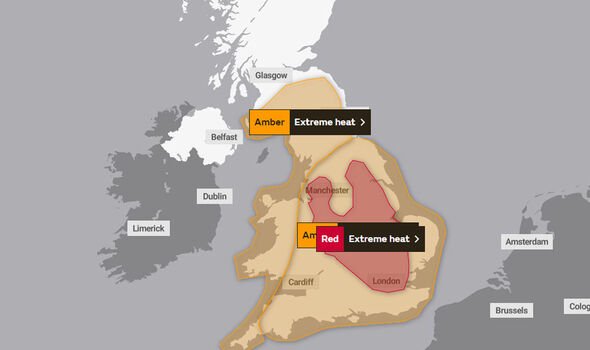 The UK’s first red extreme heat warning has also been issued by the Met Office across a large part of England from London to Manchester and York on Monday and Tuesday.

The UK Health Security Agency has also issued a heat health warning at level four, which is described as a “national emergency”.

Ms Nicholls told Sky News’s Sophy Ridge On Sunday programme: “This isn’t like a lovely hot day where we can put a bit of sunscreen on, go out and enjoy a swim and a meal outside.

“This is serious heat that could actually, ultimately, end in people’s deaths because it is so ferocious. We’re just not set up for that sort of heat in this country.”