Days after tweeting an end to stimulus talks, the president reversed course, proposing a plan his own party may reject, and giving Democrats fresh leverage to dictate the terms of a deal. 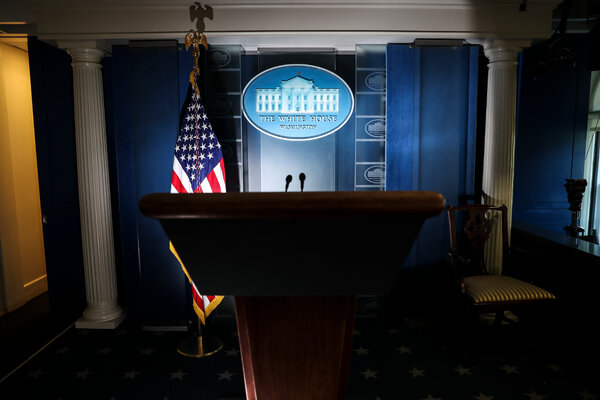 By Emily Cochrane and Alan Rappeport

WASHINGTON — The White House moved aggressively on Friday to revive stimulus talks that President Trump had called off just days earlier, putting forward its largest offer for economic relief yet as administration officials and embattled Republican lawmakers scrambled to avoid being blamed by voters for failing to deliver needed aid ahead of the election.

It was the latest indication that the White House was eager to backtrack from Mr. Trump’s decision on Tuesday to abruptly halt negotiations, and it reflected a growing sense of dread both at the White House and among vulnerable Senate Republicans facing re-election about the political consequences of his actions. The offer also highlighted the deep and persistent divisions among Republicans — most of whom have balked at a large new federal infusion of pandemic aid — that have complicated the negotiations for months.

Now, with Mr. Trump pressing to “Go Big,” as he put it in a tweet on Friday, he has raised the prospect of pushing through a plan that his own party refuses to accept, giving Ms. Pelosi and Democrats fresh leverage to dictate the terms of any deal.

On Friday, she was continuing to hold out for more concessions. While Mr. Mnuchin’s latest offer “attempted to address some of the concerns Democrats have,” Drew Hammill, a spokesman for Ms. Pelosi, said it did not include an agreement on a national strategy for testing, tracing and other efforts to contain the spread of the virus, which the speaker has pushed for in recent weeks. “For this and other provisions, we are still awaiting language from the administration as negotiations on the overall funding amount continue.” 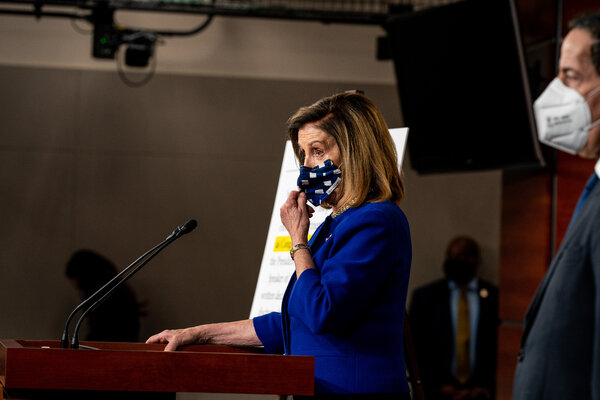 “I do hope we will have an agreement soon but, as you say, they keep changing,” Ms. Pelosi said on MSNBC. Referring to Mr. Trump’s tweets that temporarily ended the negotiations, she added that the president “got a terrible backlash from it, including in the stock market, which is what he cares about. And so then he started to come back little by little, and now a bigger package.”

Related posts:
Best News
Stocks slide on surging COVID-19 cases, stimulus doubts; dollar rises
A teacher, his killer and the failure of French integration
Starbucks, Yum sales likely recovered, but new costs may weigh
Heroic boy, eight, saves family and pet rabbit from fire which destroyed home
Salesfloor Names Winners of Associates of the Year Awards
Recent Posts
This website uses cookies to improve your user experience and to provide you with advertisements that are relevant to your interests. By continuing to browse the site you are agreeing to our use of cookies.Ok