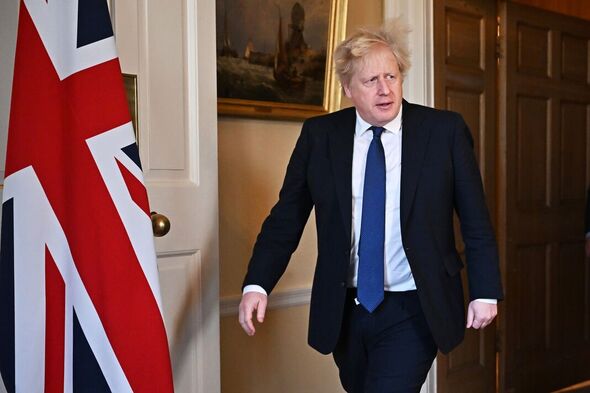 In a worrying sign for Rishi Sunak, MPs fear local elections in May will be a wipeout for the party after months of dismal poll ratings.

Many Conservatives believe the vote will be a crucial turning point for the Prime Minister.

Boris loyalist Nadine Dorries told the Express many MPs are alarmed ­at the prospect of losing theirseats at the next election.

The former Cabinet minister said there is only one person who is a proven winner who can “keep them in their seats”.

Ms Dorries said: “I think the local elections in May are going to be absolutely difficult for us but Rishi won’t walk.”

“It will take a little bit longer than that. I think there is a chance if the polls keep sliding by this time next year we will see Boris Johnson back in Downing Street.”

“Many of the ­people who were anti-Boris realise they are nothing without their seat.”

“They have no voice, no one is interested in what they will have to say, not even down at the job centre.”

One senior Tory said the party “respects” Mr Sunak but “does not love him” and will continue with its ruthless streak of dispatching leaders if they are unpopular with voters.

Tory donor Lord Cruddas said he has been privately encouraged by some MPs to press ahead with his campaign to give Conservative members a greater say over the leadership.

He is pushing for constitutional change in the party that would stop leaders being imposed, or ousted, against the will of the grassroots.

The peer said Tory members are still “very angry” over what happened to Mr Johnson.

Lord Cruddas, who heads the Conservative Democratic Organisation campaigning for constitutional change in the party, said a snap ballot should be held by the party to find a leader that the membership endorses.

He said: “If the members back Rishi, then we all back Rishi.”

Lord Cruddas said the party cannot win an election unless it has a leader backed by the grassroots.

He said: “I’ve spoken to senior MPs who are encouraging me to carry on with this campaign.”

“The feeling is let’s wait and see how the May local elections go.”

“But I don’t think the party can wait that long. We can’t sit back and watch the party destroyed in the polls because the longer it goes on the harder it is to claw back lost ground.”

“In many ways the dream scenario is to lose the election by five or ten seats, Boris comes back and leads the party into the next election, which would end up taking place within a year. And he would storm it.”

But they suggested Ms Braverman will only stand a chance if the small boats crisis is eased and Ms Badenoch will struggle unless she cuts ties with Levelling Up Secretary Michael Gove, who Mr Johnson sacked in his final hours in office.

Mr Johnson is regarded as the most competent Prime Minister of 2022, according to polling for GB News.

Some 32 percent picked the ex-PM, with 29 percent opting for Mr Sunak while three per cent picked Liz Truss. Among Tory voters, support for Mr Johnson rose to 62 percent.

The poll put support for Labour on 46 percent while the Conservatives languished on 22 percent.

Sir James Duddridge, a close ally of Mr Johnson, said the former PM has a unique ability to connect with voters.

He said: “Boris would love to be back in if the ball comes loose from the back of the scrum. But he is very clear he wants Rishi to succeed.”

Some Tories fear a parliamentary inquiry into whether Mr Johnson lied to the House over the Partygate scandal will be dragged out to stop him making a comeback. Hearings have yet to begin.