A column in the New York Post suggests it must be time for Democrats to invoke the 25th amendment to try and get Joe Biden out of office before his approval ratings drop even further ahead of the 2024 election. With a 25th amendment, Democrats could decide Joe Biden is ill-suited to govern due to illness or simply because he is “unable to discharge the powers and duties of the office.” The President’s multiple blunders have raised concerns about his ability to run the country. Many critics have pinpointed his advanced age for his repeated gaffes.

He said: “I think the President is still with it. One of the issues that he has is his age.

“And so, when you’re dealing with people and this isn’t an ageism comment, this is just a medical observation, the president looks like he’s got 5 possibly six good hours a day of sharp activity.

“And unfortunately, that job requires 20 hours a day. And so, I think his staff is trying to manage around that dilemma.” 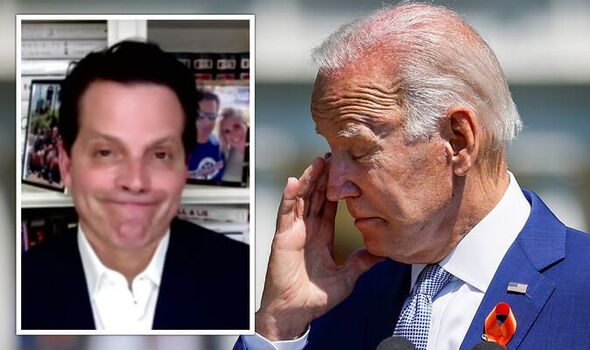 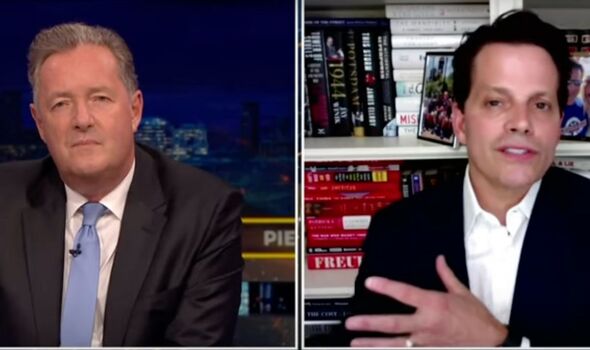 “But you and I have had this conversation before. I don’t think he should be running again,” Mr Scaramucci said.

“That is a job for a younger person. I hate to say that. People will be mad at me probably in this age of political correctness. But it’s just not the right time…”

TalktTV host Piers Morgan cut him off, saying: “Well, I think it entirely depends, you know, like a good friend of mine is Dame Joans Collins. You wouldn’t meet a more lively, dynamic, energetic woman. And she’s in it. She won’t even want me to say how old she is – in her late 80s.”

Mr Morgan went on to move a mash-up video clip of Joe Biden’s most cringe-making moments. 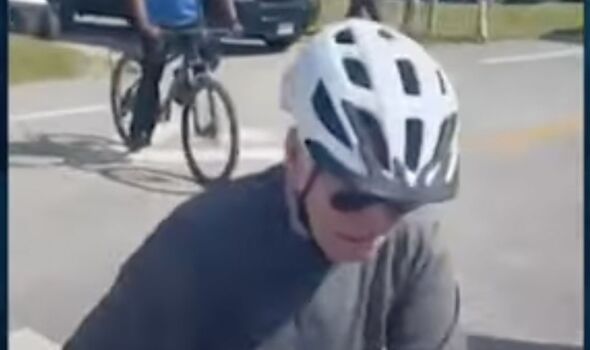 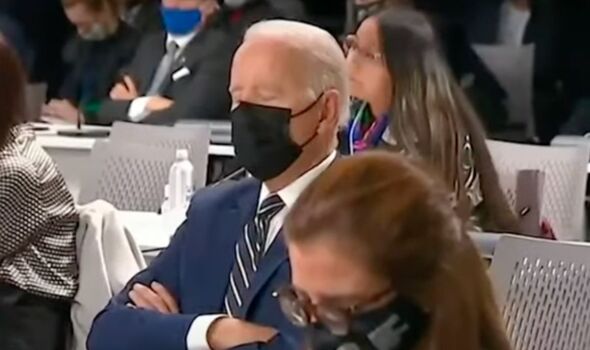 Due to his advanced age, the American has made a number of blunders since he came into office in January 2021.

The video features Joe Biden reading a prompter and saying ‘end of quote, repeat the line’, falling off a boke in his home state of Delaware, sleeping during the COP26 climate change summit, calling his Vice-President ‘President Harris’.

In another part of the clip, President Biden says in an address to Congress: ‘Putin may circle Kyiv with tanks but he’ll never gain the hearts and souls of the Iranian people’.

He almost tripped and then fell over while boarding Air Force One. 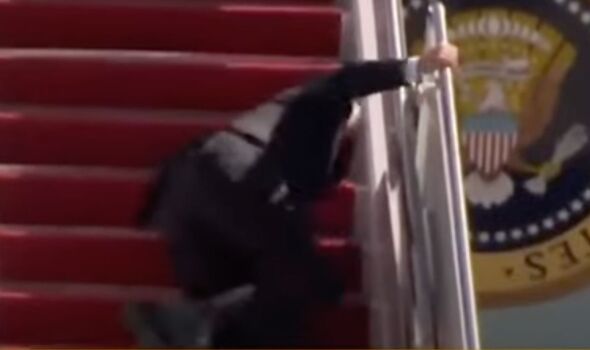 According to polls aggregator FiveThirtyEight, Joe Biden’s approval ratings have dropped to a record low of 38.6 percent only 18 months into the job.

All of his predecessors had better approval ratings at that time of their presidency. Among the reasons cited for his dwindling popularity are the public perception the country is moving in the wrong direction, skyrocketing inflation driving energy prices up, and disillusionment among young people around student debt cancellations.

While Democrats appeared to be gearing up for colossal losses in the upcoming midterm elections, the Supreme Court overturning the Roe v. Wade landmark decision, which granted women the right to an abortion at the federal level, is boosting their electoral chances.

The Siena College Research Institute poll has found that Democrats are closing the gap with Republicans, with voters preferring Democrats to Republicans by just one percentage point.

READ NEXT:
US successfully test hypersonic missile in chilling warning to Putin
Pope resignation: Francis rules out return to Argentina
Biden looks wobbly as he touches down in Israel – VIDEO
Biden blasted by American politician amid Djokovic US Open stand-off
Xi’s grip weakens: China rocked by setback as US and Australia strike