Germany’s foreign minister has threatened to abandon its joint underwater gas pipeline project with Russia if Moscow does not start cooperating in an investigation into the poisoning of Alexei Navalny.

The fierce Kremlin critic, 44, fell ill on a flight to Moscow and has been in an induced coma since he was flown to a hospital in Berlin on 22 August.

German authorities say tests showed he had been poisoned with a chemical nerve agent from the Novichok group. 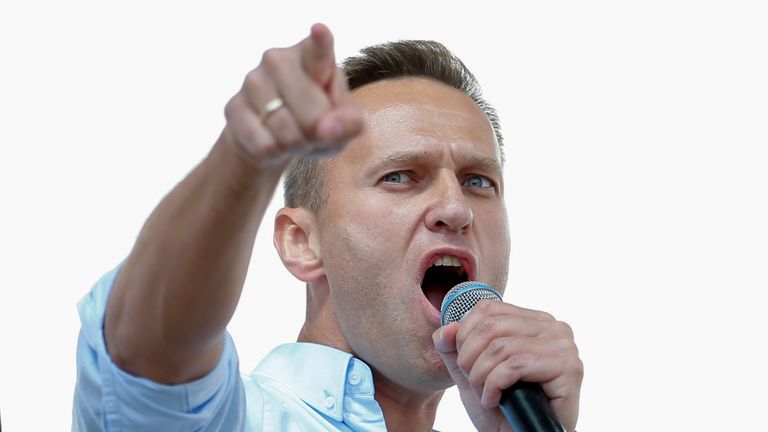 Speaking to weekly newspaper Bild am Sonntag, Germany’s foreign minister Heiko Maas said: “I hope the Russians won’t force us to change our position regarding the Nord Stream 2.

“If there won’t be any contributions from the Russian side regarding the investigation in the coming days, we will have to consult with our partners.”

If completed, the project would deliver Russian gas directly to Germany under the Baltic Sea.

Mr Maas said it was in Russia’s interests to be cooperative over the investigation into what happened to Mr Navalny.

“We have high expectations from the Russians to bring light into this severe crime,” Mr Maas said.

“If they have nothing to do with this attack then it’s in their own interest to put the facts on the table.” Mr Maas did not rule out the possibility of sanctions against Russia, telling the paper that if used “they should be pinpointed effectively”.

However, he also admitted that halting building of the nearly completed pipeline would harm German and European firms, saying there were “more than 100 companies from 12 European countries” involved and that “about half of them” were from Germany.

“Whoever demands this has to be aware of the consequences,” he said.

German Chancellor Angela Merkel has previously said Mr Navalny’s poisoning was an attempted murder, aimed at silencing one of President Vladimir Putin’s fiercest critics, and called for a full investigation.

She has personally offered the country’s help in treating Mr Navalny, but has previously rejected the idea that his case should be linked to the Nord Stream 2 project – which has become an increasing source of friction between Berlin and Washington. The US argues that it will endanger European security by making Germany overly dependent on Russian gas.

Ukraine and Poland, which will be bypassed by the pipeline, are also opposed to the project.

In addition to the security concerns, the US also wants to sell more of its own liquefied natural gas to Europe.