Jailed Kremlin critic Alexei Navalny has said he has been reclassified from “flight risk” to “terrorist” and an “extremist”.

Mr Navalny, who has been in jail since February, welcomed the news saying that he was glad he would no longer have prison guards disturbing him.

“This is good news. Extremist and terrorist designations are not as tedious as ‘flight risk’,” Mr Navalny said in an Instagram post.

Previously, the jailed critic of Vladimir Putin complained that the guards would wake him up every two hours during the night to make sure he had not escaped.

Mr Navalny added: “Extremism is a thrill. No one checks upon you.

“I was afraid that they would demand that I kiss Putin’s portraits and memorise Medvedev’s quotes, but this is not necessary either.”

The ruling was made following a vote during a meeting of a specially-convened commission with Mr Navalny in attendance.

The foundation investigated Kremlin-linked corruption and was banned in Russia as an “extremist” organisation in June. 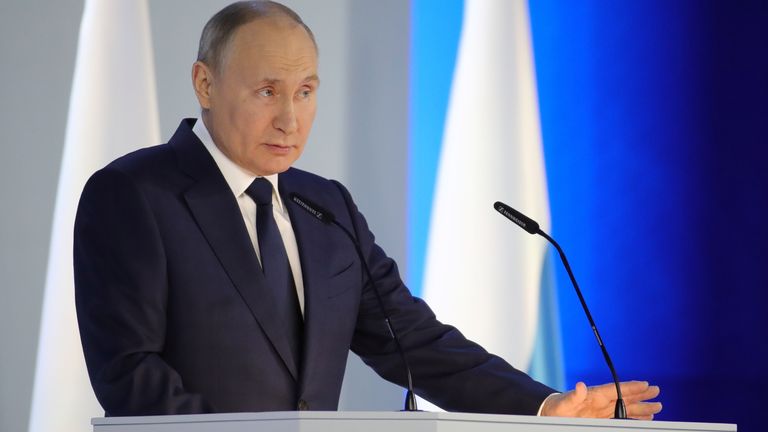 Most of Mr Navalny’s allies have already fled Russia while the Kremlin critic may face up to 10 more years in prison under the charges.

Mr Navalny is serving a two-and-a-half-year sentence in a prison colony in the Vladimir region, east of Moscow, on old fraud charges which he says were politically motivated.

His lawyer Vadim Kobzev refused to comment on the opposition leader’s new designation.