Alexei Navalny’s doctors say they have been denied access to him in jail, as his health is thought to be deteriorating severely while he remains on hunger strike.

The Russian opposition leader’s physician, Yaroslav Ashikhmin, and head of the Alliance of Doctors union, Anastasiya Vasilyeva, said they spent two hours outside the prison in Pokrov but were not allowed to see him.

Mr Ashikhmin said Navalny could be on the verge of death, as latest test results show extremely high potassium levels, which put him at risk of cardiac arrest.

The physician also says he has high creatinine levels, which suggest his kidneys are damaged.

“Our patient could die at any moment,” he wrote on Facebook.

Ms Vasilyeva called his treatment in jail ”cruel and monstrous” and she demanded “action must be taken immediately” to address his condition. Navalny’s allies are planning what they hope will be the largest street protests in modern Russian history to highlight the Kremlin critic’s declining health and a crackdown on his supporters.

“Things are developing too quickly and too badly,” they wrote in a statement on Mr Navalny’s website.

“We can no longer wait and postpone. An extreme situation demands extreme decisions.”

The protests, which the authorities regard as illegal and have broken up with force in the past, are planned for Wednesday – the same day as president Vladimir Putin gives an annual state-of-the-nation speech.

Mr Navalny, a fierce opponent of Putin, started refusing food on 31 March in protest at what he said was the refusal of prison authorities to provide him with adequate medical care for acute back and leg pain.

Russia’s state penitentiary service claims the 44-year-old is getting all the care he needs.

But his allies say he has lost 15kg (33lbs) since being held at penal colony number two in Pokrov, 60 miles from Moscow.

Prison staff have been threatening to force feed him, they claim. 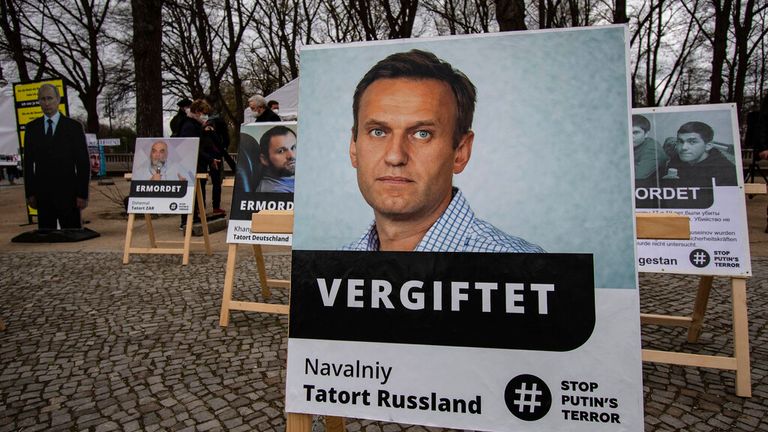 A spokesman for the UK’s Foreign Office said: “Mr Navalny must be given immediate access to independent medical care.

“We reiterate our call for his immediate release from his politically motivated imprisonment.”

US president Joe Biden said of Mr Navalny’s deteriorating condition: “It’s totally, totally unfair and totally inappropriate. On the basis of having the poison and then on a hunger strike.”

A Foreign Office spokesperson said the UK was “deeply concerned” by the reports.

“Mr Navalny must be given immediate access to independent medical care. We reiterate our call for his immediate release from his politically motivated imprisonment,” the spokesperson said.

A statement from the EU said it was “deeply concerned” about the situation.

“We call on the Russian authorities to grant him immediate access to medical professionals he trusts.

“The Russian authorities are responsible for Mr Navalny’s safety and health in the penal colony, to which we hold them to account.”

Mr Navalny was detained in January as he returned to Russia from Germany, where he spent five months recovering from a nerve agent poisoning.

He has blamed the Kremlin for targeting him with novichok – the same poison used on the Skripals in Salisbury – an allegation that Russian authorities reject.

Mr Navalny was jailed in February for two years and eight months for parole violations he says were exaggerated for political purposes. 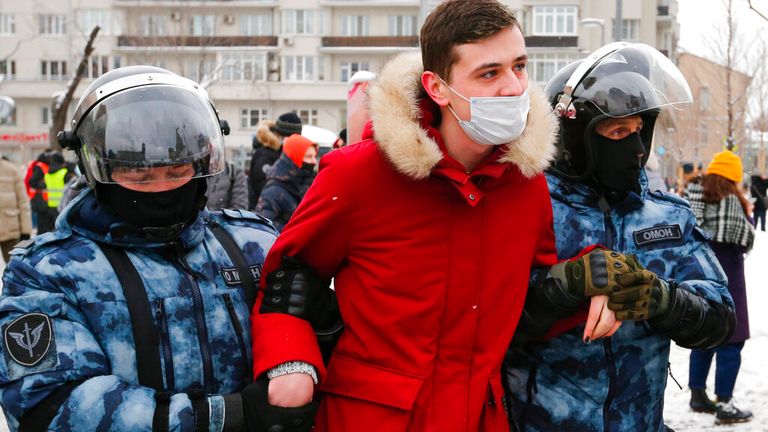 Alexei Navalny’s team have done their best to keep his name in the focus even if he is behind bars.

It is difficult to gauge his medical condition given the lack of access and thus the claim he is at death’s door.

If he starves himself to death in prison in defence of his rights – the right to have his own doctor in to see him – it will be on the Kremlin’s conscience but at his hand.

Having survived so much it would seem a futile way to go. But his team are also savvy at making headlines, announcing another nationwide demonstration this coming Wednesday given what they say is his critical state.

The scale of the turnout will be a mark of whether they can keep the protest momentum strong with its figurehead behind bars and physically at least extremely weak.