Angela Merkel announced at the last federal election in 2017 she would step down from the leadership of the Christian-Democratic Union (CDU) and would not contest her seat as Chancellor in the next round of votes in 2021. Mrs Merkel set the record for the longest-serving leader of Germany, manning the helm of her country – and some would say, the European Union – for over 15 years. But growing criticism to her open-door policy at the height of the migration crisis, and the growing support for the right-wing Alternative fur Deutschland, paved the way to the Chancellor’s decision to quit the role she won over for the first time in 2005.

Prof Graham Timmins, from the Institute of German Studies at the University of Birmingham, suggested Mrs Merkel’s decision to quit is part of a steady change in the political pattern of Germany.

Speaking to Express.co.uk, Prof Timmins said: “One of the reasons Merkel is standing down is the pressure of electoral defeat and the rise of the AfD.

“In many ways, the so-called big tent politics is now under real pressure. Go back 20 years, and it wasn’t unusual for the CDU and the SPD to be polling something like 80 percent of the vote between them.

“It’s unclear now, if there were a vote tomorrow, an election tomorrow, if they would scratch 40 percent combined.”

JUST IN: Merkel ‘could be dumped within weeks’ as German Chancellor plummets in record-low polling 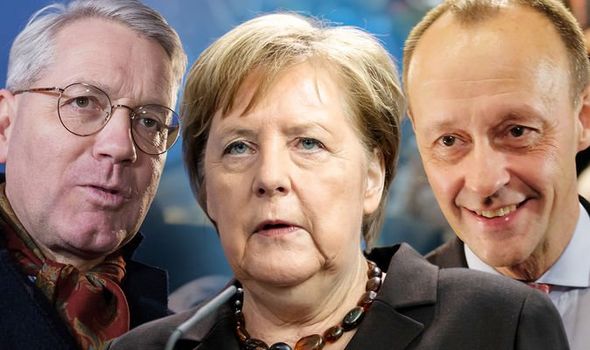 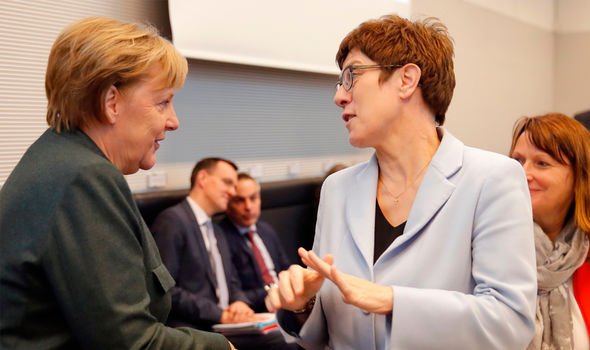 Prof Timmins added: “So there’s a huge amount of pressure on the Christian Democrat and also the other mainstream parties to respond to the rising radical agendas in Germany.”

The question on who would succeed Angela Merkel at the helm of the country was believed to have been answered when protégé Annegret Kramp-Karrenbauer, who is widely known as AKK in Germany, was selected as the next leader of the CDU in December 2018.

But following a repeat of the less-than-stellar performance at the polls, and increasing pressure from within the party and the CDU’s coalition partners in the Government, Ms Kramp-Karrenbauer announced she, too, would step down and not lead the Christian Democrats to the 2021 Federal Elections.

The race to take over resumed quickly after AKK confirmed she would resign, with five potential candidates vying for the top job. 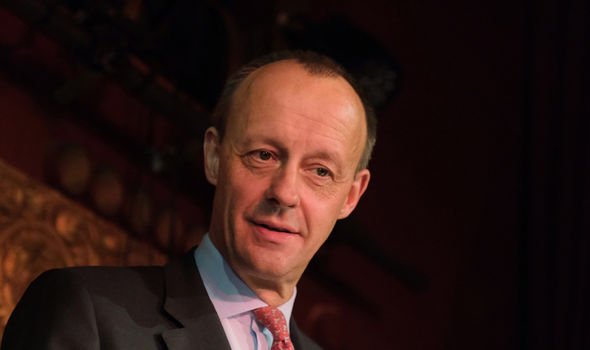 Friedrich Merz, who lost the leadership of the CDU to AKK in 2018, once again put his name forward and his business-friendly proposals, in addition to plans for stricter controls on immigration, are expected to win back some former voters who switched to supporting the AdD to protest Mrs Merkel’s open-door policies.

The leader of the populous North-Rhine Westphalia, Armin Laschet, is perceived as more of a continuity leader who could oppose the radical agenda of the German left and secure the support of the moderate liberals.

Mr Laschet has yet to confirm whether he will effectively stand to succeed both Chancellor Merkel and AKK but his successful coalition with the Free Democrats have strengthened his chances should he indeed decide to have a go at the role.

And former Environment Minister Norbert Röttgen, who was fired from his Cabinet job in 2012 and is currently the chair of the Bundestag’s Committee on Foreign Affairs, announced his intention to throw his hat into the ring earlier this month. 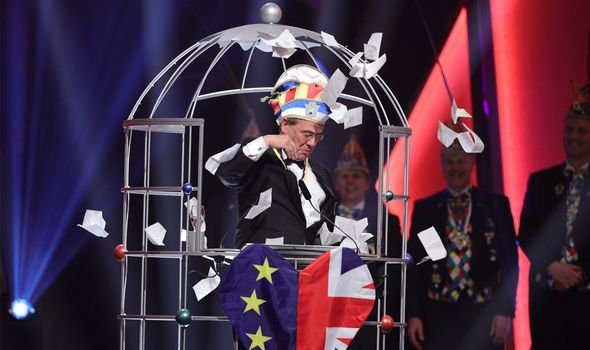 In his Bundestag capacity, Mr Röttgen penned a paper ahead of the Brexit referendum in 2016 urging the European Union and the United Kingdom to agree to a new “continental partnership.”

Under the proposal, Britain would have secured control of its borders while preserving the other key tenets of the EU project – freedom of movement od capital, goods and services.

But while the contest to succeed rages on, Chancellor Merkel only this week has had to contend with tense negotiations with her EU partners over the next Multiannual Financial Framework (MFF) setting out rules for the common budget as well as a racially-motivated right-wing terrorist attack in the city of Hanau, near Frankfurt.

And Mrs Merkel is also expected to see support for the CDU plummet yet again in Sunday’s election in Hamburg. 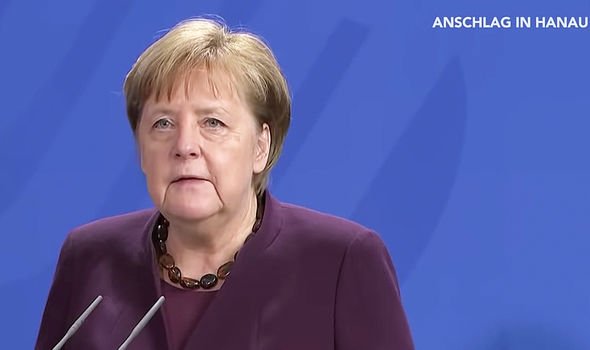 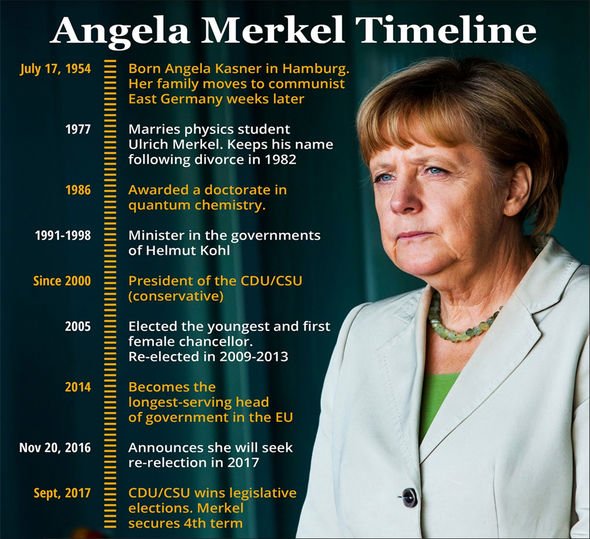 Discussing latest voting intention polls released ahead of the vote, CNBC International reporter Annette Weisbach said: “The record-low popularity for the CDU might actually pose a severe problem for the party itself.

“Normally, Hamburg is a stronghold of the Social-Democrats, the CDU never actually really won a vote there but they are still falling to record-lows in popularity.”

But Ms Weisbach also pointed out the polls suggested the AfD, whose support base steadily increased in the past decade, could also suffer losses due to the terror attack in Hanau.

She continued: “The AfD is actually losing some momentum and those attacks in Hanau, very close to Frankfurt, are also not boding well for them. There’s a clear understanding in German society that this should not be tolerated.

“Armin Laschet, one of the contenders for the chair of the CDU, was saying, ‘the risks to society are clearly located on the right-wing side,’ which is a very strong positioning for the politician.”

The CNBC International reported added: “For many years, the perception was that left-wing terror is a problem in Germany but now we’re clearly looking at the right-end scene and that’s not playing in the hands of the AfD.”