The “watermelon snow” is caused by microscopic algae called Chlamydomonas nivalis, say experts. The pictures were taken at the former British Faraday Station which was sold to Ukraine for a token £1 in 1996. 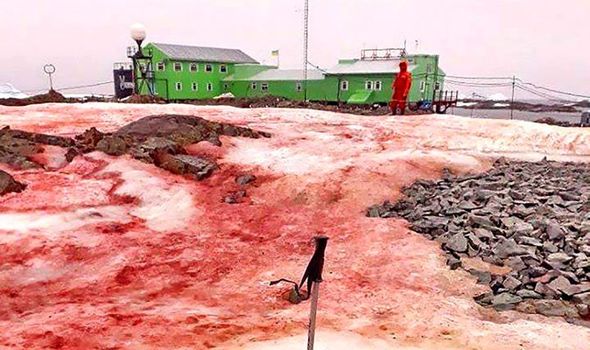 It is now known as Vernadsky Station and the blood-coloured snow was revealed by Ukraine’s ministry of science and education.

The unicellular red-coloured photosynthetic algae are found in snowfields around the world.

The algae produce spores that cope with low temperatures and remain alive in snow. 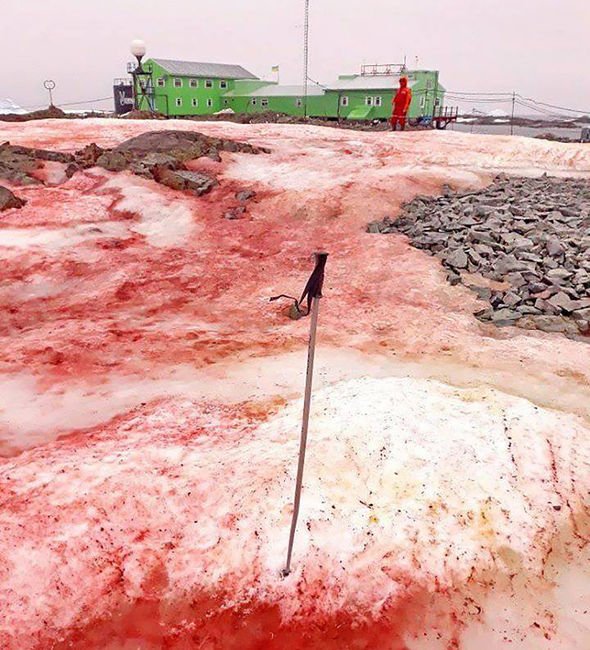 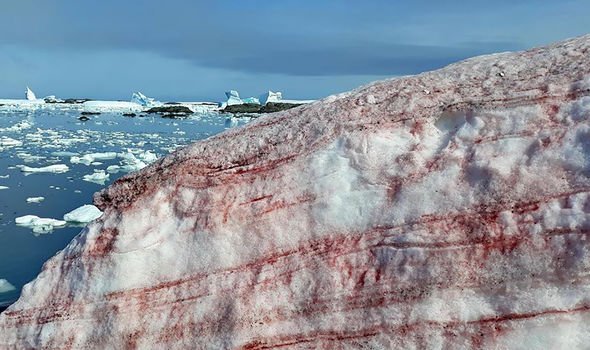 When the weather warms as in the current Antarctic summer, the spores start growing producing the ‘watermelon’ phenomenon. 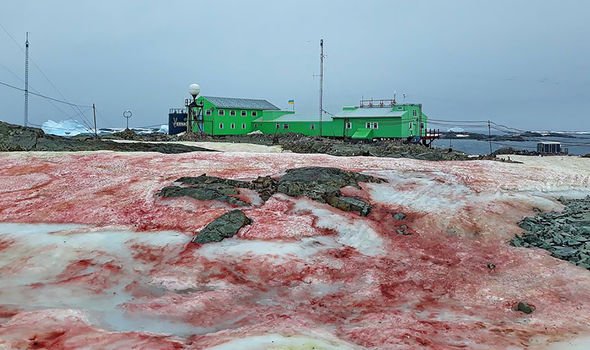 “As a result, more and more bright algae are formed in the snow.”

Vernadsky Research Base is located on Galindez Island, part of the Argentine Islands.