The former Prime Minister once got “stuck” holding hands with the ex-US President during her 2017 Washington visit – and felt she had to clear it up with husband, Philip, afterwards. The purpose of the trip had been to encourage Mr Trump to voice support for NATO.

An aide of Ms May revealed her anxiety after the close encounter with Mr Trump. The leaders were filmed holding hands as they walked together.

In an upcoming BBC documentary, Trump Takes on the World, Mrs May’s joint chief of staff Fiona McLeod Hill said the move “took as all by surprise,” The Telegraph reports.

She added: “She couldn’t really take her hand back, so she was stuck. 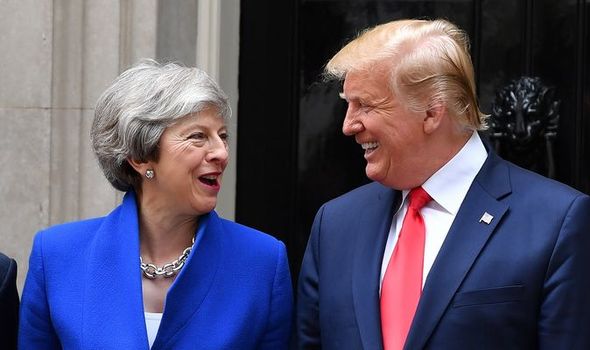 “And the first thing she said [afterwards] was: ‘I need to call Philip just to let him know that I’ve been holding hands with another man before it hits the media.’”

Mrs May’s visit came as she believed the two nations could bolster their “special relationship” – despite analysts identifying their contrasting personalities. 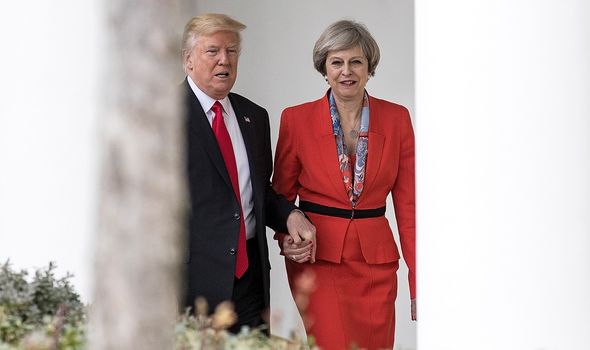 Her meeting with Mr Trump was much-anticipated and also contentious.

The BBC documentary also explores Mr Trump’s relationship with other world leaders, such as Vladimir Putin and Francois Hollande.

According to The Telegraph, Mr Hollande recalls in the documentary how he voiced concern over Mr Trump when advising his successor, Emmanuel Macron. 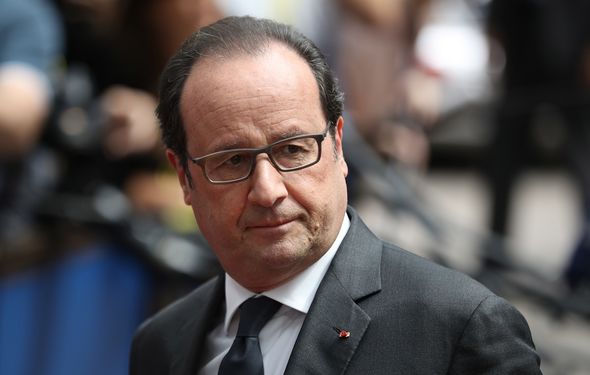 Mr Hollande said: “Don’t expect anything from Donald Trump. Do not think you’ll be able to change his mind.”

The BBC says the documentary contains comments from world leaders who “lift the lid on the critical moments of his foreign policy”. 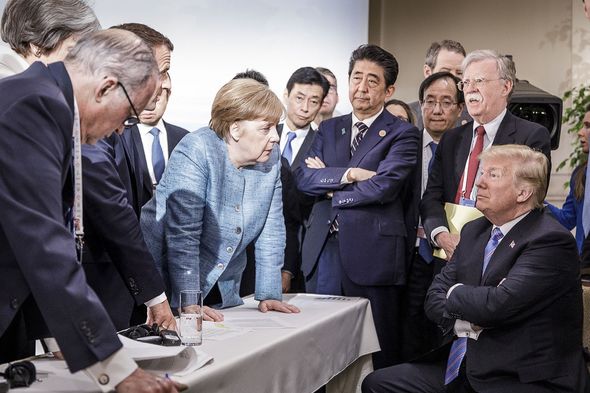 The first episode of the three-part series is due to air this Wednesday on BBC Two at 9pm.

The former President is currently facing his second impeachment trial, which is due to commence this week.

He became the first President in history to be impeached twice, though he is no longer in office.