The Great Wall of China is made up of a variety of walls, which all culminate in a 8,850km stretch of architecture tourists flock to every year. Dating back to the Ming Dynasty, between 1368 and 1644, the Great Wall of China itself was erected to protect China from the Mongols – and their leader Khan. But, another nearby wall was built in the north, known as ‘The Northern Line’, which scientists had believed served the same purpose.

This passage of structures runs west to east, moving between Mongolia and Russia before finishing up in north east China’s Inner Mongolia region.

In a bid to unearth its real purpose, Gideon Shelach-Lavi, from Israel’s Hebrew University of Jerusalem, set about tracing the wall’s path to gain a better understanding.

He said: “There are mentions in classical texts of travellers that saw it. But it never became a focus of research.

The expert added: “Our analysis of the wall suggests that it was not built to defend against large invading armies or even against nomadic raids into sedentary lands. 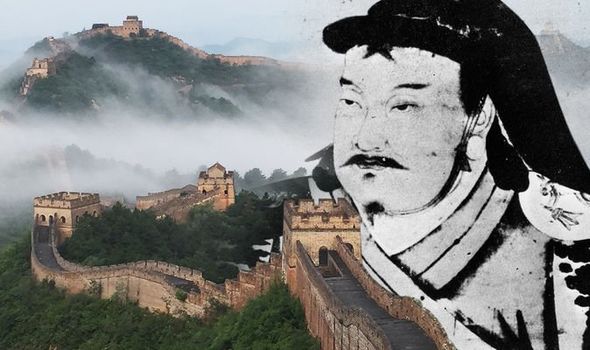 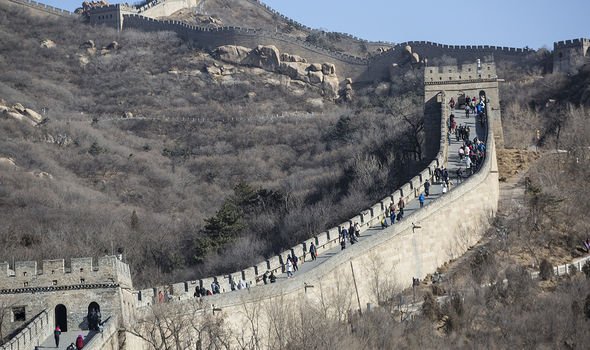 “Rather that it was geared to monitor and control the movements of nomadic populations and their herds.”

Using satellite imagery and drone photography, Mr Shelach-Lavi and his colleagues were able to survey ‘The Northern Line’ in its entirety, while also exploring aspects of it on foot.

‘The Northern Line’, scientists say, was built from Earth formed in a mound, different completely to the stone-based Great Wall of China.

The process to build it, Mr Shelach-Lavi said, saw “layer by layer stamped” as the Earth needed to be compressed, leaving builders facing “a very hard” challenge to complete it. 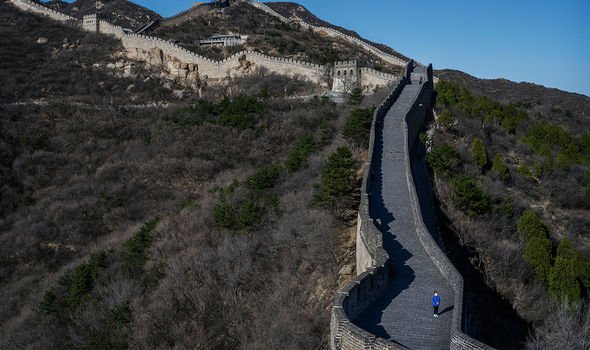 Originally built to be around two metres tall, the wall that remains is only half that size, with no towers or fortifications in the structure.

This left Mr Shelach-Lavi to explain that for attacking armies the wall “wasn’t a very formidable obstacle”.

It had been believed that ‘The Northern Line’ was linked to that of the Great Wall, but the team say it was built between 1000 and 1100, years before Khan was born in 1162. 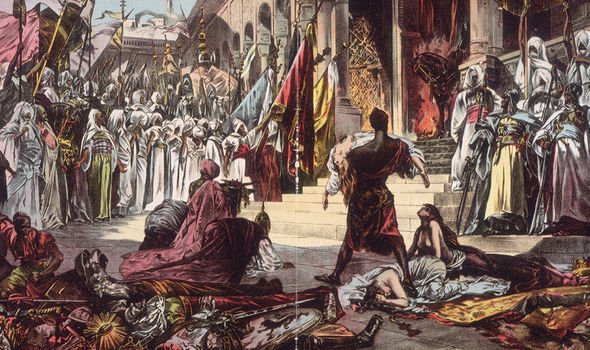 What the experts do believe, however, is that the wall may have allowed China to control the movements of those in Mongolia.

Mr Shelach-Lavi, according to New Scientist in June, suggested that it could have been used to check the number of people coming into the nation.

Genghis Khan was the Emperor of the Mongol Empire, which would become the largest contiguous empire in history after his death.

He came to power by uniting many of the nomadic tribes of Northeast Asia.

The leader died in August, 1227, during battle although the exact cause of his death is unknown.

Speculation and reports have previously suggested he may have been killed in action, fell off a horse or died from wounds sustained in battle.