Home » As Palestinians Clamor for Vaccine, Their Leaders Divert Doses to Favored Few

Amid a debate about Israel’s duty to supply vaccines to Palestinians living under occupation, Palestinian leaders are facing criticism for siphoning off some of the few vaccines already delivered to the occupied West Bank. 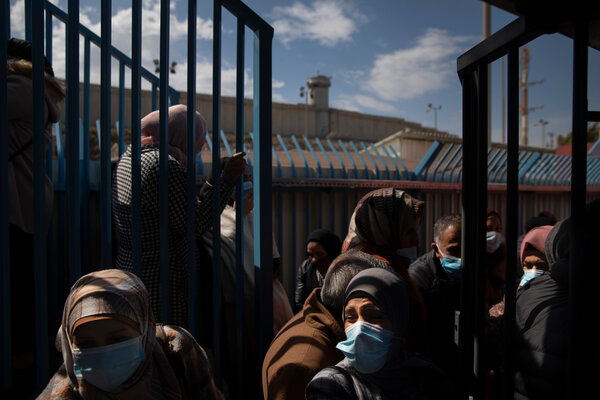 By Adam Rasgon and Patrick Kingsley

But among Palestinians in the occupied West Bank, questions are now being asked of their own leadership, which has been accused of siphoning some of the few doses allocated for Palestinians and distributing them to the senior ranks of the ruling party, allies in the media and even to family members of top dignitaries.

Like many governments worldwide, the Palestinian Authority, which exercises limited control over parts of the occupied territories, has officially prioritized its senior administrative leadership and frontline health workers, as well as people who come into regular contact with the authority’s president and prime minister.

But in secret, the authority has diverted some of the thousands of vaccines it has received to some senior members of the ruling party in the West Bank who have no formal role in government, according to two senior Palestinian officials and a senior official from the party, Fatah, who all spoke on condition of anonymity.

Already frustrated at their exclusion from Israel’s world-leading vaccination program, ordinary Palestinians now accuse their leaders of hoarding some of the relatively few vaccines the authority has obtained, even amid a spike in infections and tightened restrictions.