Home » World News » As rebel-held Syria fears virus, just one machine is there to test

IDLIB, Syria (Reuters) – A single machine at Mohamad Shahim Makki’s medical centre in Idlib province, part of Syria’s last rebel stronghold, is the only alarm that will sound when the coronavirus strikes a population of millions of the world’s most vulnerable people. 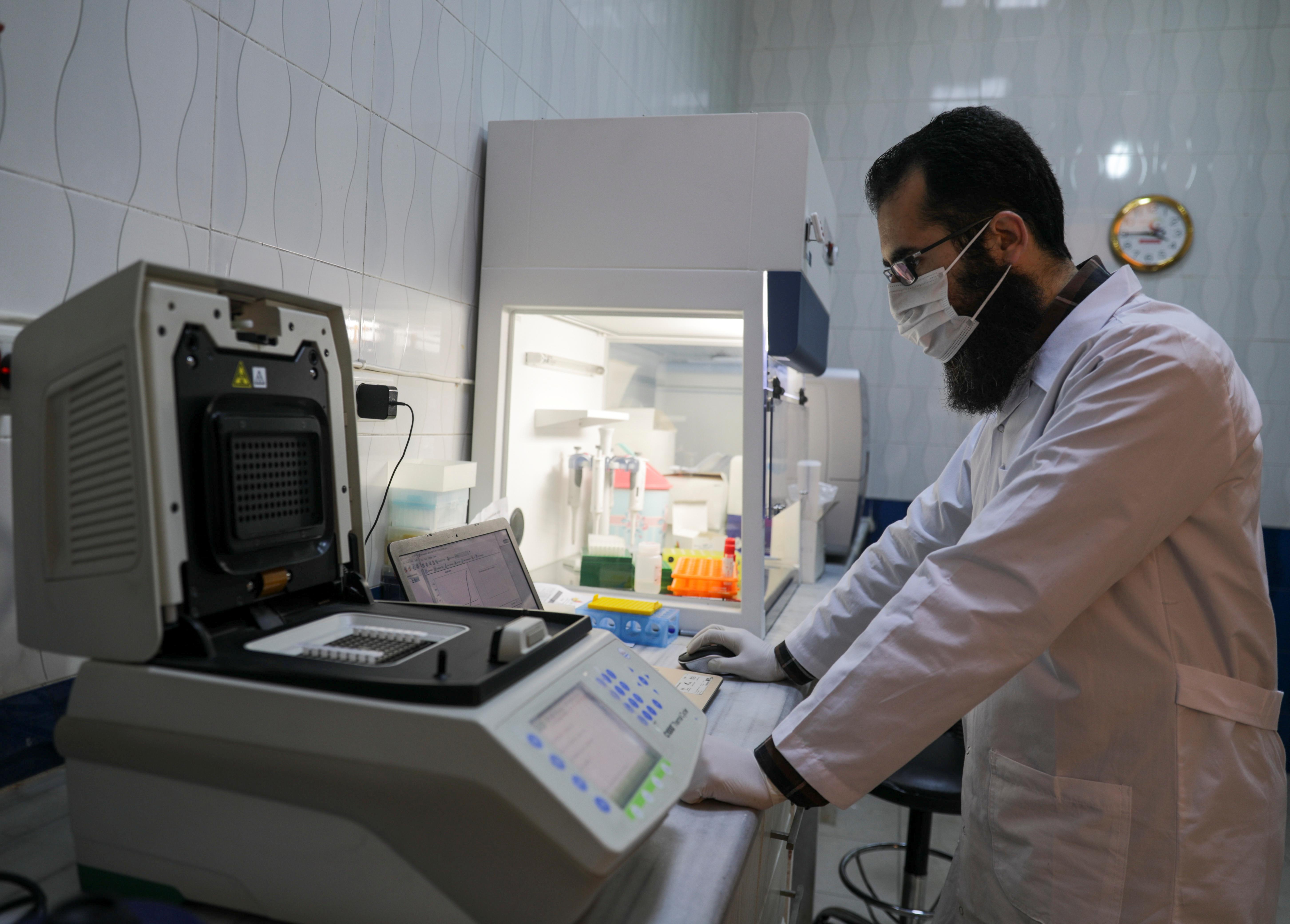 Makki’s Epidemiological Surveillance Laboratory has the only device in areas outside of Syrian government control equipped to run a polymerase chain reaction (PCR) test to detect the virus.

While all have been negative so far, doctors and relief agencies fear that crowded camps for displaced people, and medical facilities ravaged by years of war, would make any contagion rapid and lethal.

Samples have begun to come into the lab faster, with 5,000 received in the last two days, though it is not yet clear how many of them can be processed or how quickly.

The machine “is not sufficient to serve all these people, so there is pressure on the device. And since it is the only one, strict criteria are being used to select samples,” said Makki.

Northwest Syria is the last part of the country still held by fighters trying to overthrow president Bashar al-Assad. It is home to more than 3 million people, most of whom fled other parts of Syria in a civil war that began nine years ago.

“If corona spreads in the northwest it will be a catastrophe. The number of deaths will be very big and infections will be huge, in the hundreds of thousands,” Ahmad al-Dbis of the U.S.-based medical charity UOSSM, which operates in opposition territory, told Reuters last month.

Plans to equip other centres with PCR test devices have been slowed by their high cost and the training needed to run them.

“In the liberated areas we have major weaknesses in the health sector because of the war and because of the systematic targeting of hospitals and health centres,” said Makki.

The government, backed by Russia and Iran, launched a push earlier this year to capture Idlib, sending hundreds of thousands of residents fleeing, many of them people who were already displaced.

In recent days thousands of Syrians have begun to leave camps near the Turkish border, some wary of the virus reaching tightly packed quarters, choosing instead to return to Idlib after a ceasefire struck last month that has restored calm.

In the rest of Syria, Damascus has reported 25 coronavirus cases and two deaths in government-held areas. It has shut businesses, halted flights, and imposed a curfew to curb the spread of the virus.