Aung San Suu Kyi was seen as one of the greatest hopes for human rights around the world for most of her life.

After a long struggle against the country’s military rulers and many years under house arrest, she was allowed to run in the first openly-contested election in 25 years in 2015, and won in a landslide.

Aung San Suu Kyi was born in 1945, the daughter of independence hero General Aung San, who was assassinated when she was two years old, just before Myanmar gained independence from British colonial rule in 1948. 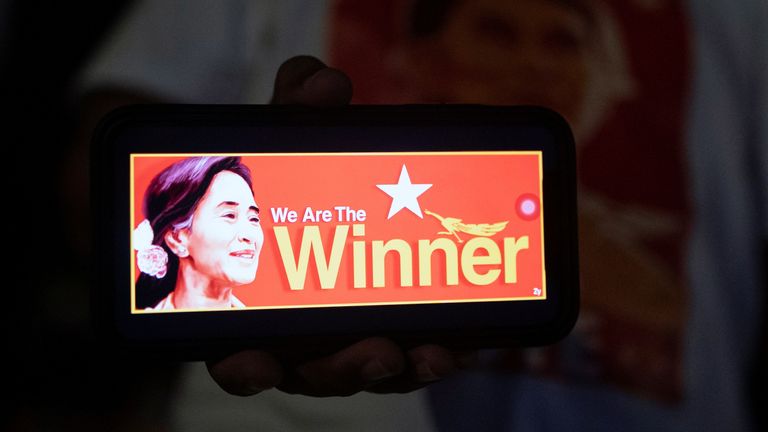 In 1960, she went to India with her mother and four years later she went to Oxford University, where she met her future husband Michael Aris.

After spending time in Japan and Bhutan, she settled in the UK with her husband to raise their two children.

In 1988 she returned to Yangon to care for her dying mother.

But she became involved in protests against the military. Inspired by the non-violent campaigns of Martin Luther King and Mahatma Gandhi, she organised rallies and called for elections.

The protest’s leaders were killed or jailed and she was put under house arrest in 1989, where she remained until 2010, with brief periods of release.

Her party – the National League for Democracy – won the 1990 election but the junta refused to hand over control.

In 1991, she was awarded the Nobel Peace Prize but it had to be collected by her eldest son. She was allowed to leave Myanmar but she feared that – if she did – she might not be allowed back in. 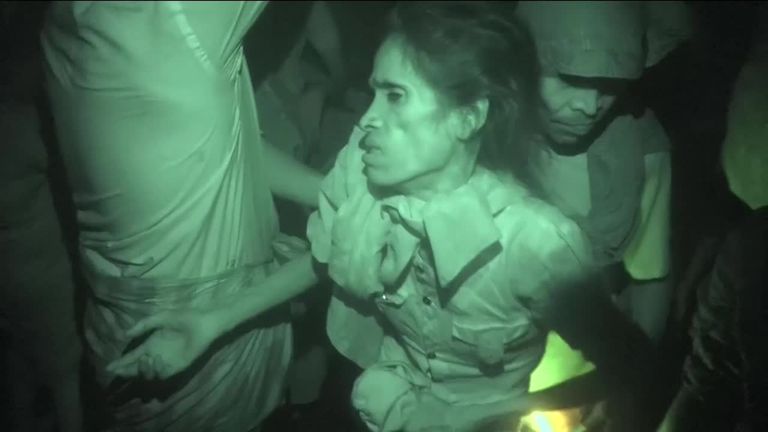 She won the 2015 election after calling for an end to the country’s civil war, reducing the army’s involvement in politics and courting foreign investment. She also vowed to help the Rohingya Muslims, who had long been targeted for mistreatment.

She became the first state counsellor of Myanmar – the title of the de facto head of government of Myanmar, equivalent to a prime minister.

In 2017, Rohingya militants attacked security forces in Rakhine State, prompting a military response that included killing people, torching villages and forcing hundreds of thousands to flee their homes, actions described by the UN as ethnic cleansing.

Ms Suu Kyi’s response was the beginning of her fall from grace in the eyes of the outside world. She blamed “terrorists” for an “iceberg of misinformation”, and defended the military, saying soldiers were exercising the “rule of law”. 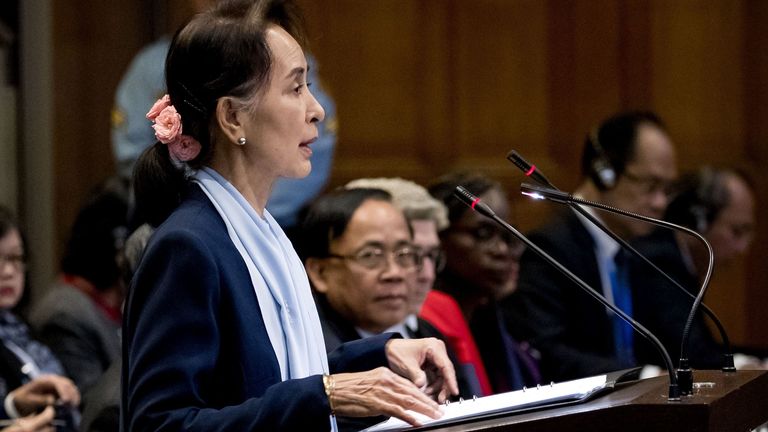 In November that year, Oxford’s council took back the Freedom of the City it had given her in 1997, and in November 2018 she was stripped of Amnesty International’s Ambassador Of Conscience award, which she received in 2009 while under house arrest. Both organisations cited her refusal to act over the military’s treatment of the Rohingya.

In 2019, she was at the Hague’s International Court of Justice to face charges of genocide brought against Myanmar, but said the crackdown had been a legitimate military operation against terrorists.

Despite this, the 75-year-old remains popular at home – in 2020 a survey by the People’s Alliance for Credible Elections found that 79% of people trusted her – up from 70% the year before.

In November 2020, she won a landslide victory in the country’s election.

On 1 February 2021, during an apparent coup, she was detained by the military in a morning raid.