Officials have described the downpour, which has lasted several days already, as a “one-in-a 50-year event”.

The heavy rain has caused rivers and dams near Sydney to overflow.

There is currently no sign of let up in the bad weather, with officials saying the rain could continue all week. 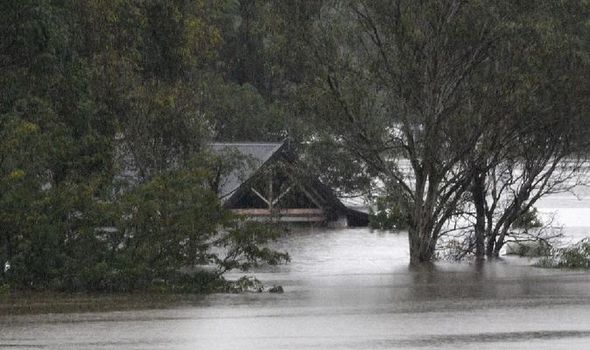 Emergency Services have been inundated with calls for help and have carried out at least 500 rescues.

A helicopter was used to rescue one stranded family from their flooded home.

The affected areas, which are home to about one third of Australalia’s 25 million population, have suffered extensive damage.

Roads and bridges have been cut off by swollen rivers and livestock have been seen floating through flooded areas.