Home » World News » 'Avoid hugs': OPEC in the time of the coronavirus

VIENNA (Reuters) – When OPEC ministers descend on Vienna to decide oil production policy, their meetings are usually accompanied by displays of brotherhood between the men in charge of a third of global crude supplies. 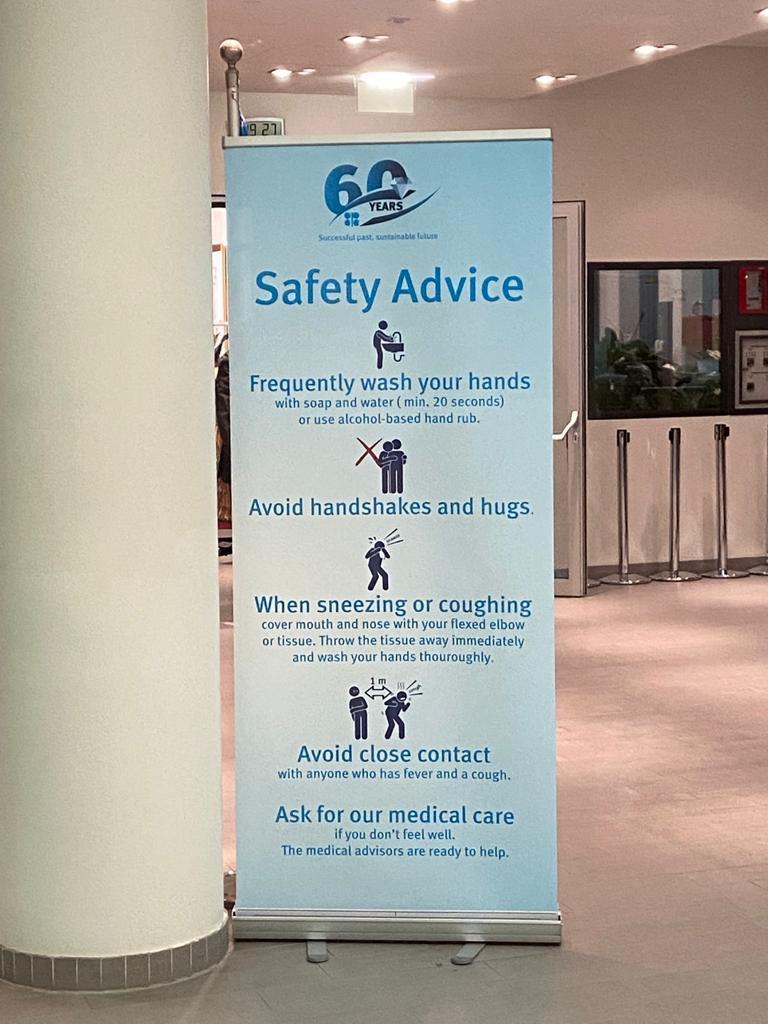 This time, as the world battles a coronavirus outbreak, they have been given strict instructions: no handshakes, don’t hug and wash your hands frequently.

“Avoid close contact,” reads a poster that greets ministers and delegates as they enter the headquarters of the Organization of the Petroleum Exporting Countries in the Austrian capital.

“Avoid handshakes and hugs,” it adds and, to prevent any misunderstanding, it also shows an image of two stickmen embracing with a large, red cross next to it.

As an additional safeguard, the number of delegates attending the OPEC meeting has been restricted and journalists have been barred from the OPEC building.

Outside the headquarters, the usual crowd of reporters clustering around ministers as they come and go from hotels have been noticeably smaller.

Russian Energy Minister Alexander Novak and several OPEC ministers and delegates had their temperature checked before entering the OPEC headquarters on Wednesday.

“If someone arriving to OPEC has a temperature above 37.5 Celsius, an alert will be raised,” a source, who was speaking from inside the OPEC headquarters, told Reuters.

OPEC member Iran, some of whose officials have gone down with the virus as the country grapples to contain one of the worst outbreaks outside of China, South Korea and Italy, sent its minister, Bijan Zanganeh, to this week’s meeting.

A waitress at the Palais Kempinski where he and ministers from the United Arab Emirates, Kuwait and Venezuela stay said she was following advice to keep her hands clean with regular washing or sanitizer. “That’s all you can do,” she said.

A spokeswoman said her hotel was following the recommendations from the health authorities, adding: “We do not want to spread panic.”

Austria’s airport authorities began mandatory temperature checks on Tuesday for passengers on direct flights from Iran, which has two such flights a week, and South Korea, which has three, according to a Vienna Airport spokesman.

Health authorities in Lower Austria, the province where the airport is located, said temperatures of all passengers from Iran were checked on Wednesday and no cases were found.

Not all officials followed the guidance on keeping a distance. OPEC Secretary General Mohammad Barkindo was shown in photos issued on Wednesday in a handshake for the camera with the Russian minister and Nigeria’s Timipre Sylva.

But others were more cautious. “I told people I won’t be shaking hands with them,” said one OPEC delegate.