BAKU (Reuters) – Police in Azerbaijan detained three opposition party leaders and more than 100 activists on Sunday before they were due to take part in a protest against the results of last week’s national election, which have been questioned by international observers. 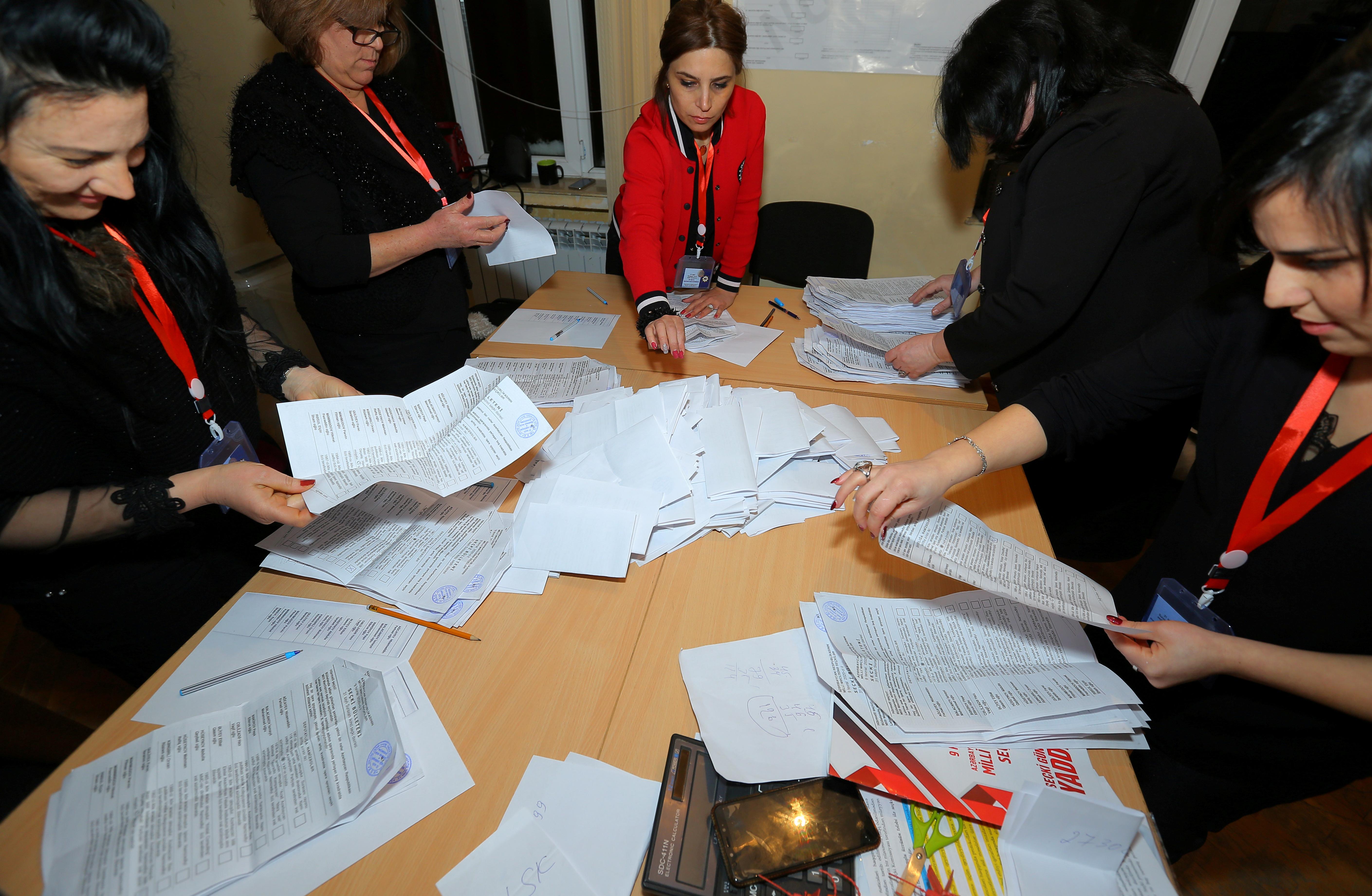 According to the Central Election Commission (CEC), the ruling Yeni Azerbaijan (New Azerbaijan) party won 72 out of 125 seats in the single-chamber parliament last Sunday, with nearly all other seats going to small parties and independents loyal to President Ilham Aliyev.

Before Sunday’s unauthorized protest was scheduled to start, police detained either at their homes or outside their party headquarters the leader of the REAL party, Ilgar Mamedly, the leader of the Musavat Party, Arif Gajily, and the head of the D18 opposition movement, Ruslan Izzetly. All three failed to win seats in last week’s election.

Dozens of riot police surrounded the election commission’s building, where the protest had been due to start from, and put anyone arriving to take part in the demonstration on a bus, a Reuters witness at the scene said.

International monitors found widespread procedural violations in the vote count, which they said raised doubt about the honesty of the election. Aliyev had called the election nine months early to consolidate his authority and speed economic reforms.

The CEC has so far canceled the results in four election constituencies following reports about violations.

Azerbaijan has been governed by Aliyev since 2003 when he succeeded his late father Heydar.

Western nations have courted Azerbaijan because of its role as an alternative to Russia in supplying oil and gas to Europe, but various European bodies and rights groups have accused Aliyev of muzzling dissent and jailing opponents, charges Baku denies.