DHAKA (Reuters) – Bangladesh authorities said on Monday they will gradually open up more factories, as well as farms and logistics operations, as they try to diminish the economic impact of a coronavirus lockdown which they extended to May 16. 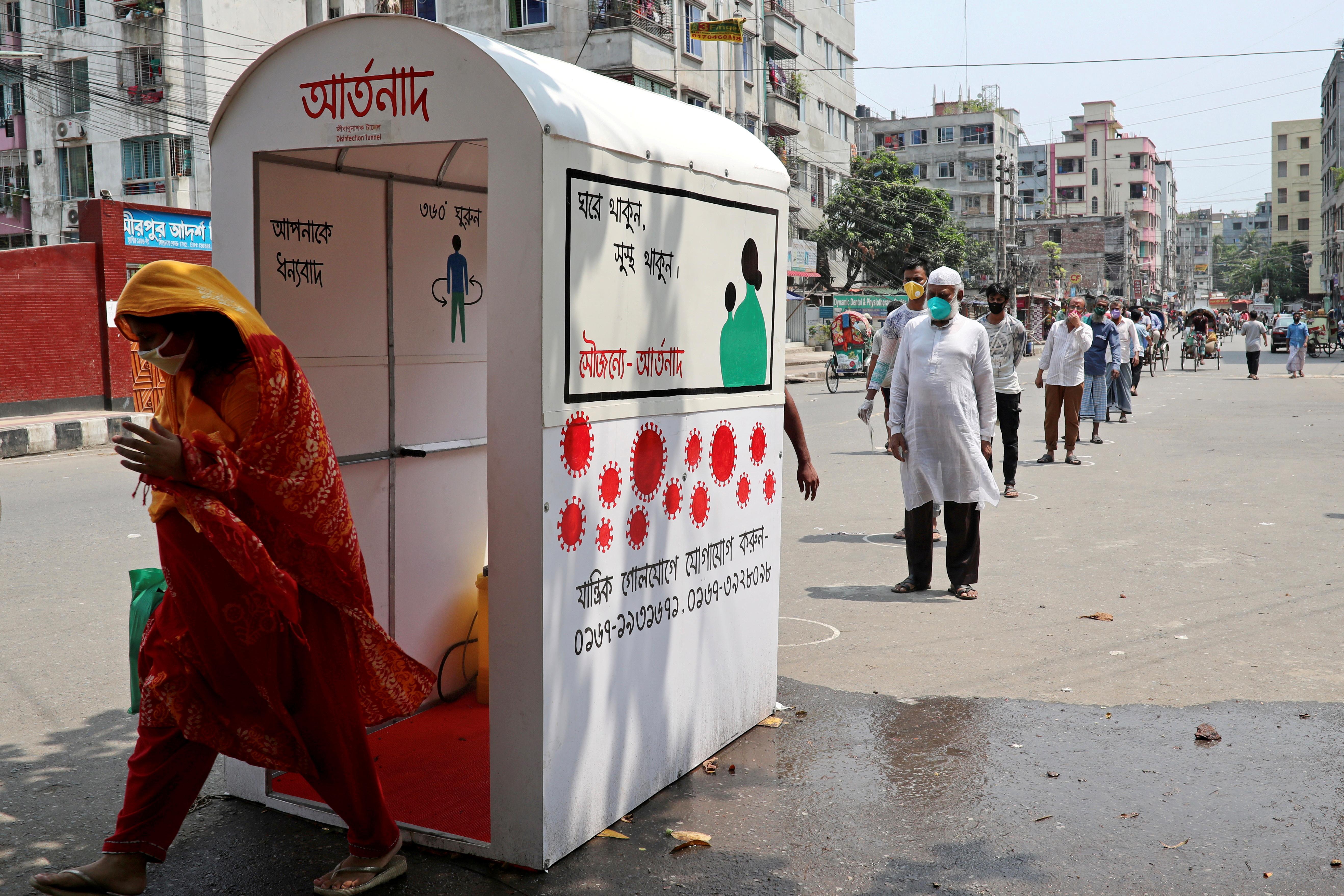 Shopping malls were given permission to reopen with shorter than usual hours. The move followed a decision last week to reopen more than 2,000 garment factories that supply global brands, after a month-long shutdown. Much of the rest of the economy remains offline.

The official tally of confirmed cases of the novel coronavirus rose by 688 to surpass 10,000, the health ministry said. Some experts are concerned that the real number of cases could be higher in a country of more than 160 million people where many have only limited access to healthcare.

Prime Minister Sheikh Hasina has told government officials that schools and colleges may have to remain closed until September if the situation does not improve.

Garment workers took to the streets in Savar, on the outskirts of the capital Dhaka on Monday, demanding wages.

“We are not getting wages for the last three months. We are literally starving,” said Abdur Rahim, a textile worker.

The government has announced a $588 million package aid for the crucial exports-oriented sector to pay its workers, but garment manufacturers say the funds were not enough to mitigate the crisis.

Some of the world’s biggest clothing companies, including Gap Inc, Zara-owner Inditex and H&M source supplies from Bangladesh.

Bangladesh is home to around 4,000 garment factories employing 4.1 million workers. Industry groups had warned that the shutdown that began on March 26 and cancellation of orders could cost the country $6 billion in export revenue this financial year.

Competitors such as Vietnam, China and Cambodia have already resumed operations.