Mr McDonell claimed China had effectively surrounded Taiwan in six different zones with their military. The BBC Correspondent claimed China’s military drills were a rehearsal for a real invasion, as China could seek to retake the island by force at any time. Mr McDonell speculated what Taiwan got out of Nancy Pelosi’s visit as it caused China to ramp up intimidation, and threats of violence.

“And now the real shooting has started, these are live fire exercises, the PLA has warned that commercial ships, commercial flights should not pass through these zones.

“Obviously that would be very dangerous, and it’s pretty obvious that this is a dress rehearsal for a blockade of Taiwan.

“Which could form part of an attack plan should mainland China seek to retake that island by force.

“Now the questions being asked are, has it been worth it, I mean Nancy Pelosi went there and some are asking what has Taiwan got out this?

“On the upside, because certainly on the downside it has increased pressures on the island, it has disrupted commercial activity, there is even talk that the PLA may try testing firing missiles above Taiwanese territory.” 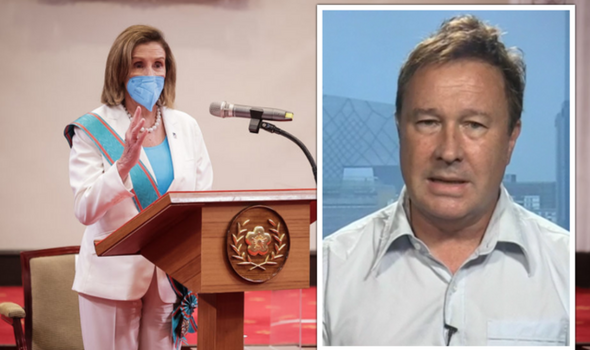